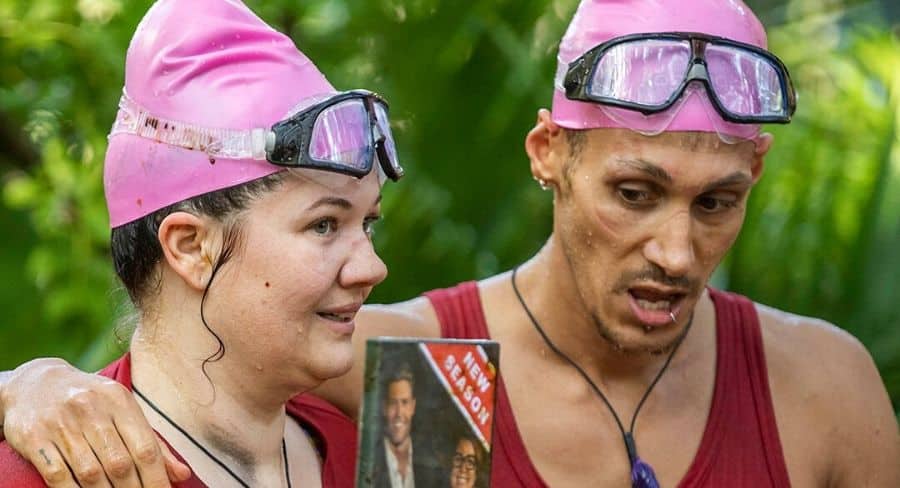 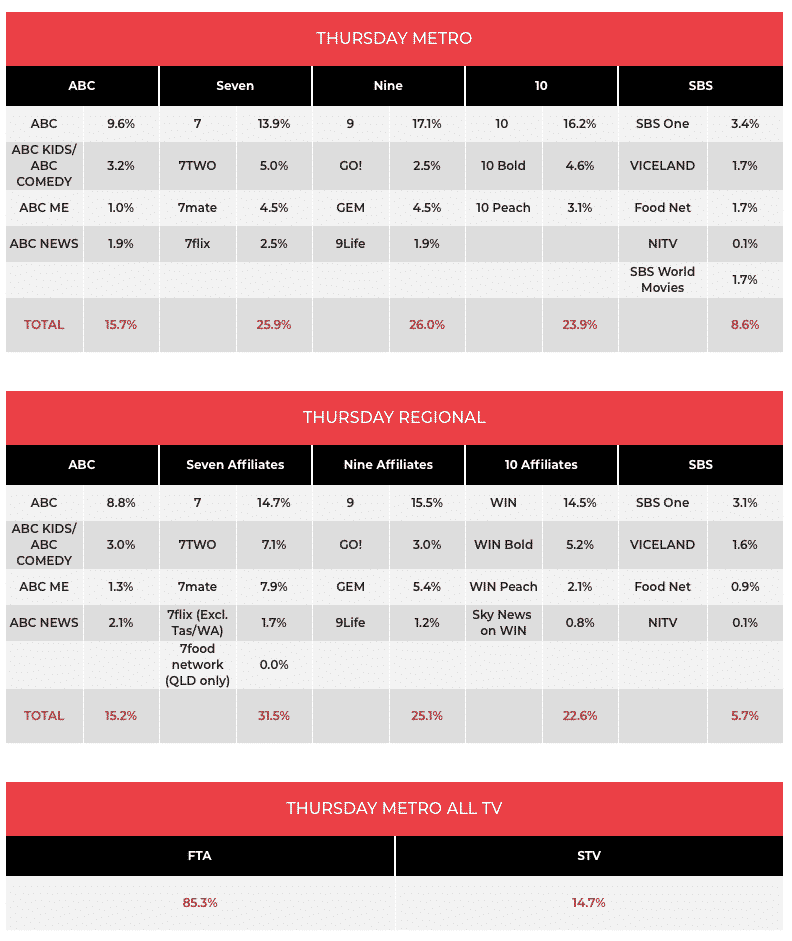 The Thursday night Big Bash League match in Sydney to be screened on Seven last night was washed out after only 40 balls were bowled. That cost Seven the night as primary share slipped to a week low of 13.9%.

Nine ranked #1 all people with a line-up of 20 To One and then two repeat episodes of Travel Guides.

10 managed to win the core demos with a very clear victory under 50. No cricket helped 10 to grow 5% week-on-week for its primary channel. Dilruk became the first person voted out of I’m A Celebrity with 745,000 watching the elimination announcement compared to 734,000 watching the regular part of the episode. 10 is able to boast a commercial share under 50 of 47% last night during Celebrity.

Elsewhere on the channel The Project ranked #1 under 50 after 7pm where a highlight was a Lisa Wilkinson interview with Robbie Williams.

At the same time on SBS an episode of Luke Nguyen’s Railway Vietnam did 145,000. 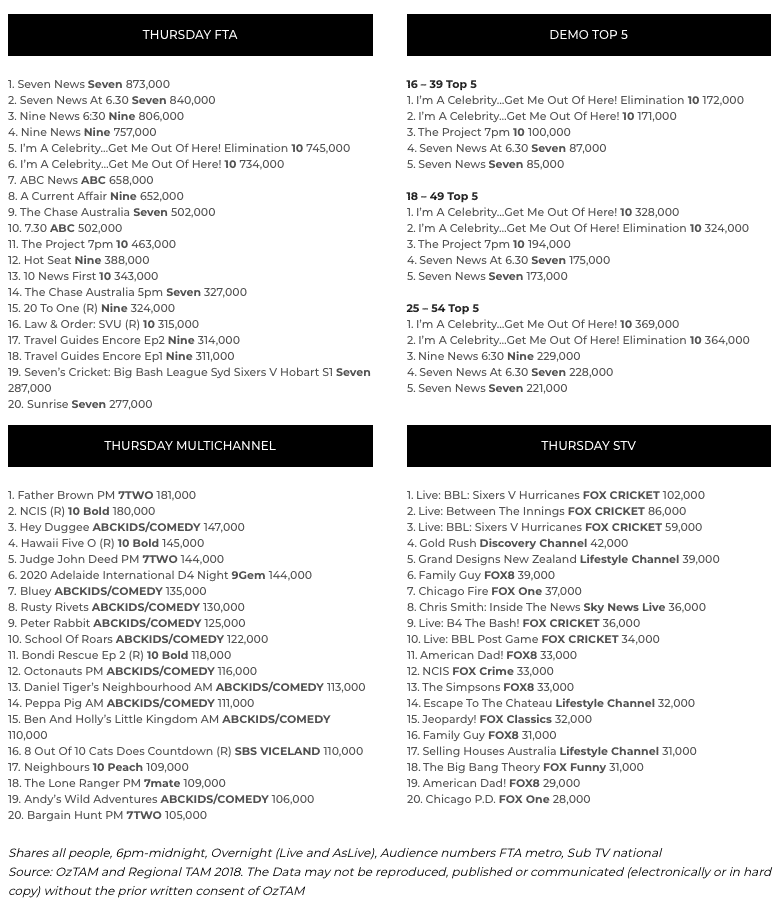