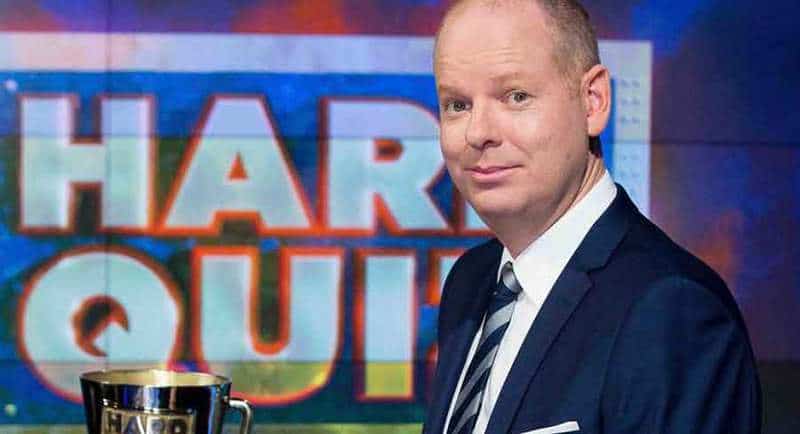 • ABC and Seven tied on 15.8% primary share, Seven #1 network
• Gruen and Hard Quiz blitz the ratings and finish in top 5 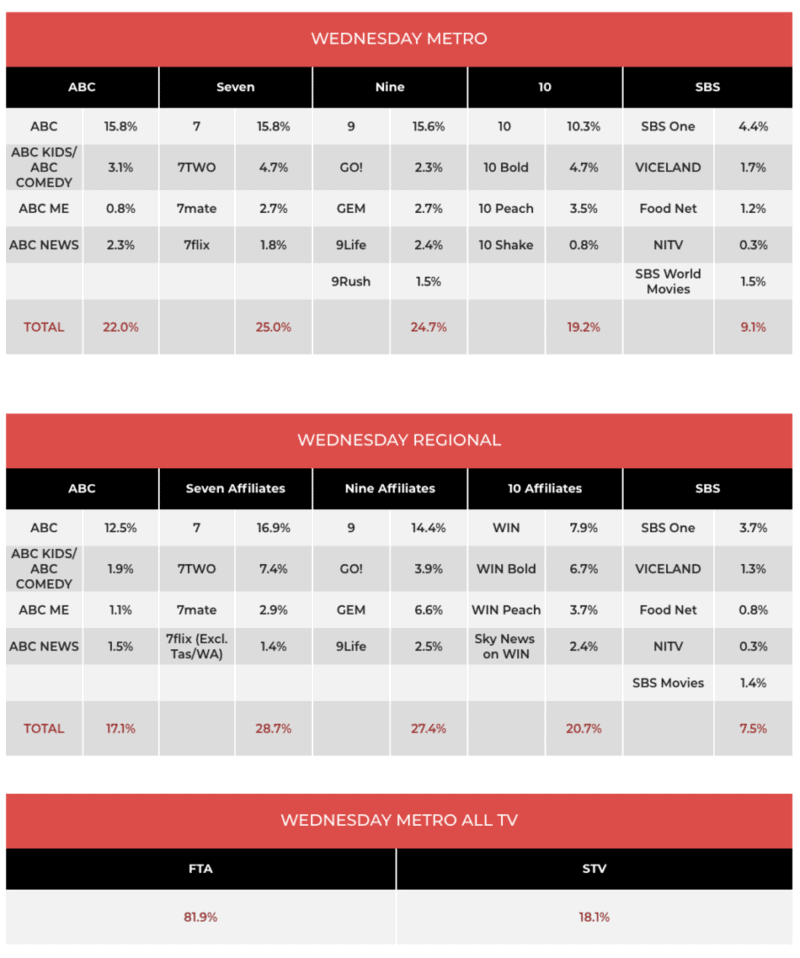 Gruen and Hard Quiz were key destinations for viewers last night with the ABC shows finishing top five for Wednesday, outrated only by the 6pm Seven and Nine news bulletins.

ABC News, A Current Affair and 7.30 were the only other programs over half a million.

10’s best last night were The Project 7pm and then the special The Royals Revealed: Diana, Camilla and The Crown with audiences of close to 350,000 for both.

Those hoping to see highlights of Monday night’s AACTA Awards on Seven might have been disappointed with Seven’s AACTA’s Best of the Decade special which was like a 20 to One episode on Australian cinema. Highlights for the audience of 203,000 watching would have included the insights from Mediaweek’s Andrew Mercado.

On Fox Cricket, the close finish of the final ODI between Australia and India from Canberra had an audience of 449,000. 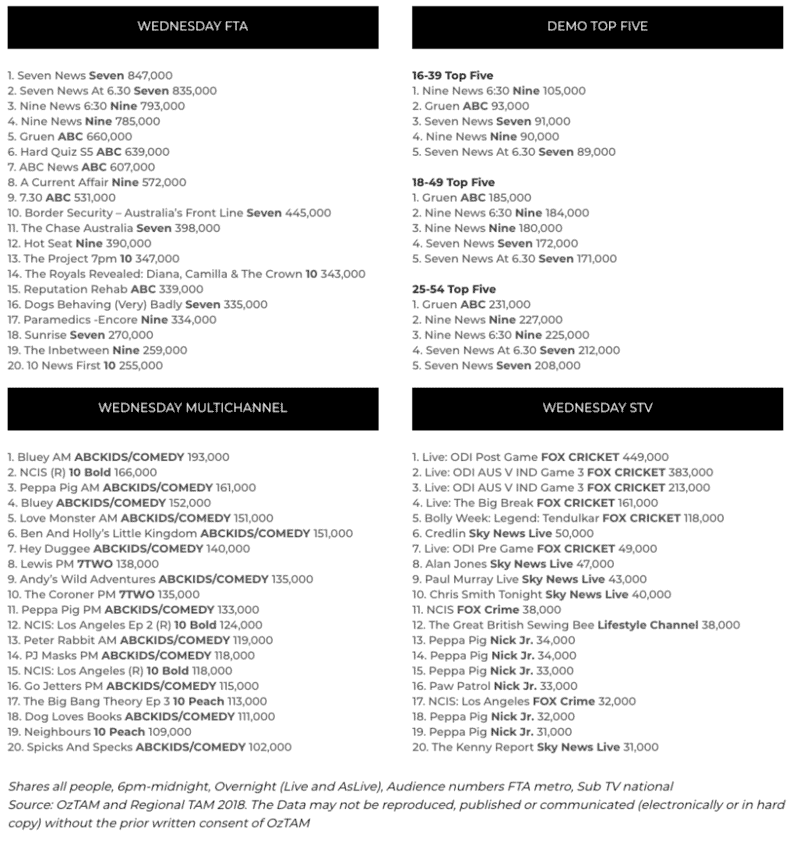