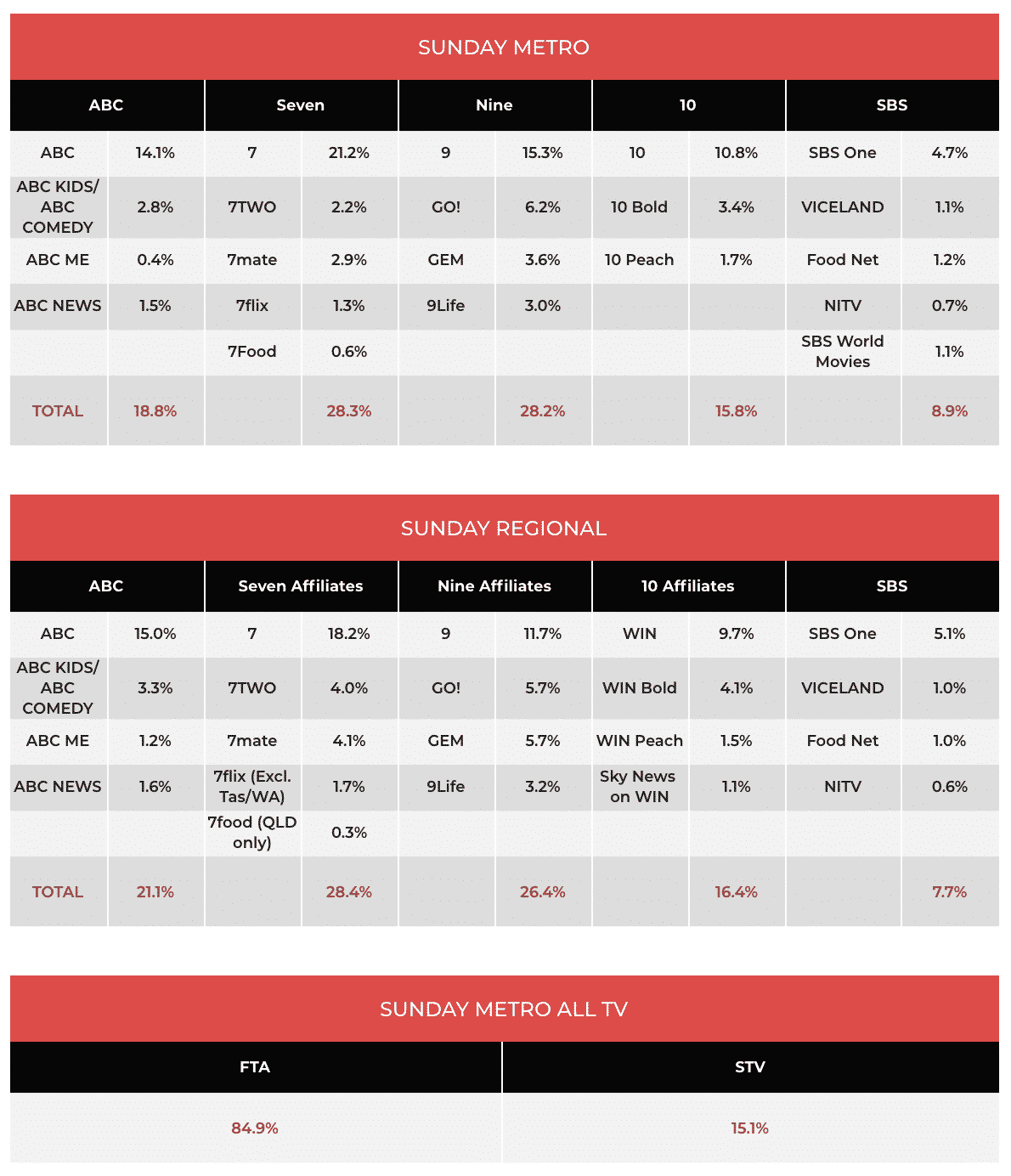 After winning the first week of summer survey, Seven has started the second in first place thanks in part to the ultimate feel-good Christmas movie – Love Actually.

The film had an average audience of just over 400,000 last night. The movie managed to outrate its lead-in, a repackaged repeat of Sunday Night.

Also performing well last night was Midsomer Murders on ABC where the six-episode season 20 returned with the third episode doing 498,000.

Another crowded couch on The Graham Norton Show was 10’s best with 380,000 watching The Rock, Kevin Hart, Jodie Whittaker and Michael Palin. 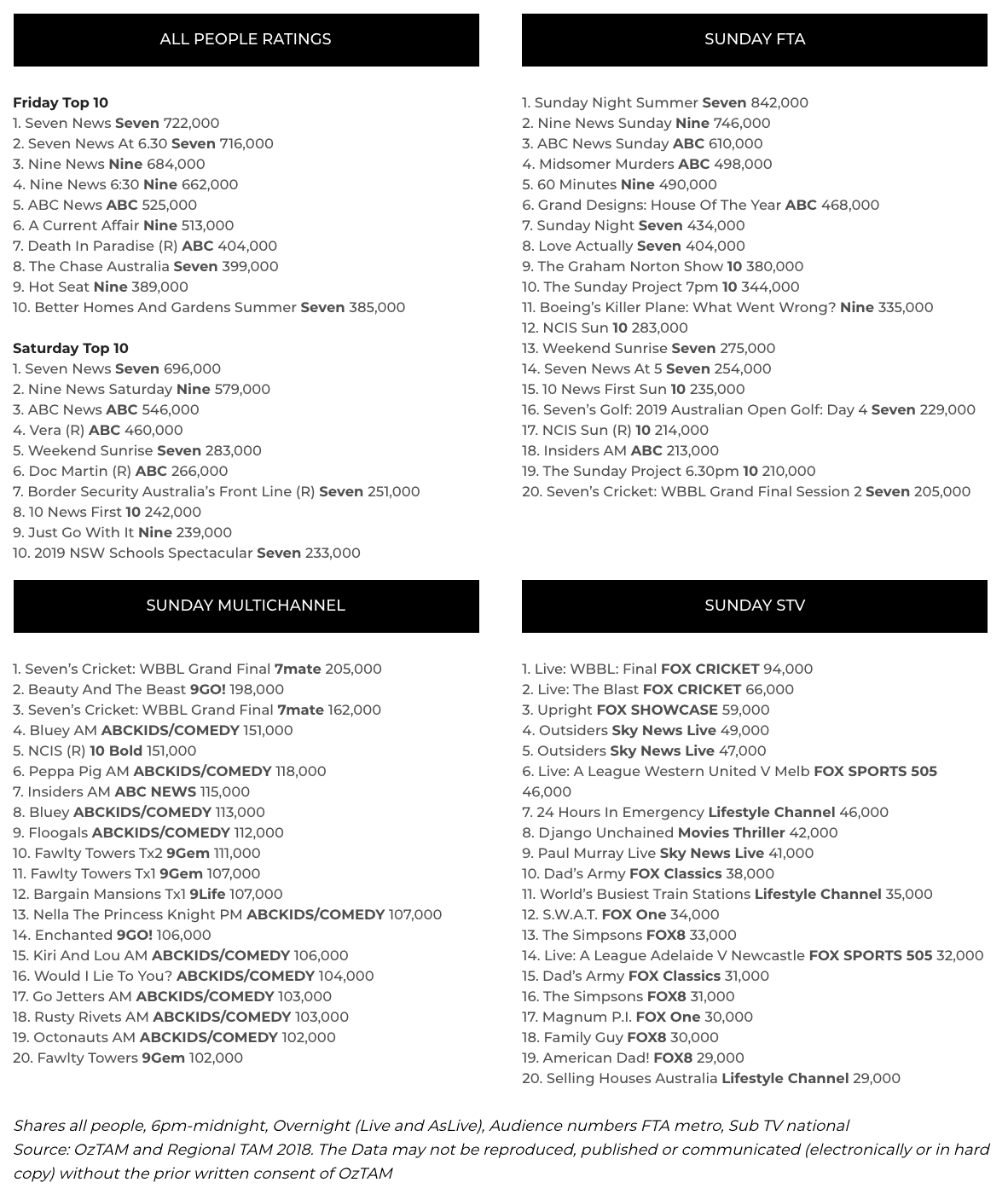