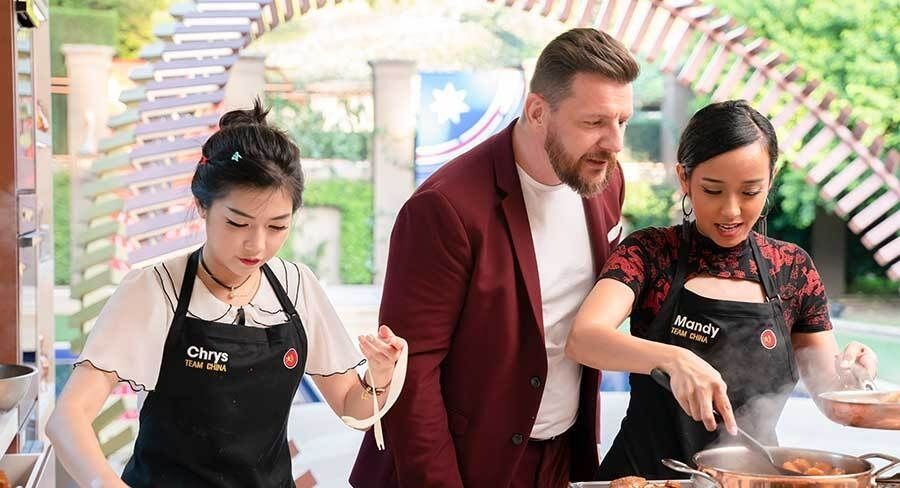 • The Block bounces back from last weeks lull with 1m+ for room reveal
• Plate of Origin dishes up 667,000 for launch episode as China beats Australia with perfect score

Seven: Manu Feildel along with Seven Network newcomers Matt Preston and Gary Mehigan launched Seven’s new reality TV cooking show Plate of Origin last night with an audience of 667,000. This beat the launch of fellow Seven cooking format MKR: The Rivals which earlier this year had 498,000 tune in but was far behind Preston and Mehigan’s alma mater MasterChef which had 1,228,000 in its season 12 premiere. Plate of Origin was followed by Crime Investigation Australia: Most Infamous which had 369,000.

Nine: Nine has won another Sunday after The Block has seemed to have bounced back from its mini-slump last week with the show’s first room reveal for the season also producing the first 1m+ audience for the year. 60 Minutes then had 456,000 as Nine had a primary share of 21.4% and a network share of 30.1%.

10: 10 had another quiet Sunday night without any of its tent pole programming in the 7:30 pm slot with both The Masked Singer and The Bachelor staying midweek shows. The best performing show for the night was The Sunday Project with 362,000 as 10 had a primary share of 7.4% and a network share of 12.7%.

SBS: SBS had a primary share of 5.8% and a network share of 8.9% after airing Lost Pyramid of the Aztecs in its 7:30 pm slot and then continued its live coverage of the Tour De France.