• Sophie Monk reveal on The Masked Singer outrates The Block

• Farmer Wants a Wife finale #1 Non-news with 923,000.
• The Block drops falls behind Masked Singer reveal but beats the performances
• Have You Been Paying Attention? follows Masked Singer with 704,000 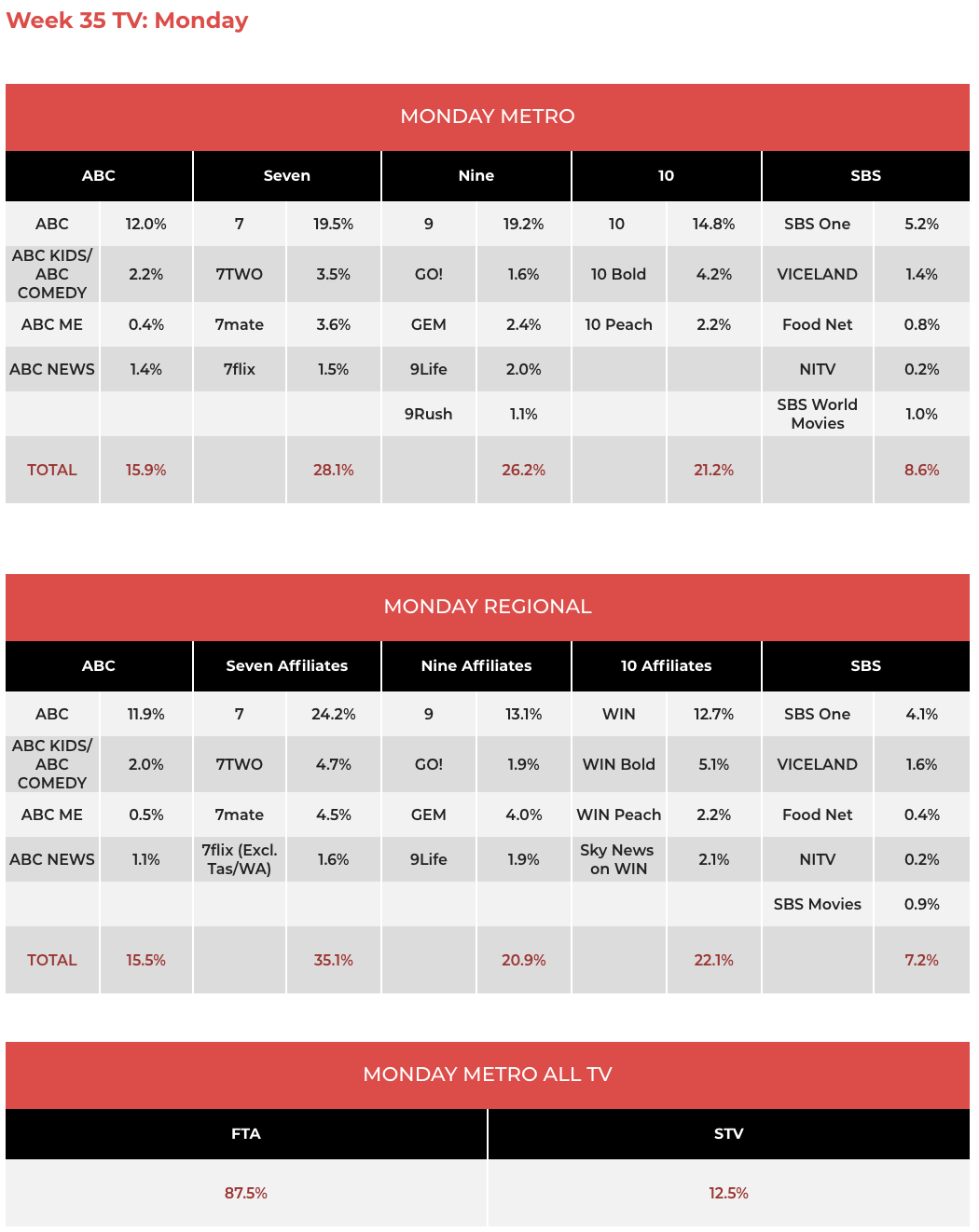 Seven: Farmer Wants A Wife concluded its comeback season on its new home of Seven last night with 923,000 tuning in to see the fall out of Harry choosing Stacey Cain, Neil choosing Justine Adams, Nick choosing Liz Jelléy, and Alex choosing Jess Wolfe in the show’s reunion special filmed a month after the finale.

The show’s finale outrated its premiere episode last month which did 908,000 viewers. Farmer Wants a Wife is the second tentpole show announced by Seven last year to conclude its run with the previous one being Big Brother which had 876,000 viewers tune in for the winner announcement.

Angus Ross, Seven’s network programming director, said: “We’ve reinvented our 2020 entertainment schedule with proven, powerful formats and Farmer Wants A Wife has continued the ratings momentum created by our relaunch of Big Brother. Number one nationally, major growth in key demos and streaming numbers that have kept 7plus number one – it’s a multi-platform winner.”

A Current Affair was the next best performer with 738,000 as Nine narrowly lost the primary battle after a 19.2% market share, and also coming second for the night on a network share with 28.1%.

10: The Masked Singer had a tight contest with The Block in the 7:30 pm slot last night with 692,000 during its regular programming and managing to get ahead of the renovation show with the reveal of Sophie Monk as the Dragonfly putting the show over the top with 786,000 tuning in. The Masked Singer also won the key demos of 16-39 and 18-49.

Have You Been Paying Attention? followed The Masked Singer with 704,000.
10 was third for the night in primary channel share with 14.8% and third for network share with 21.2%.

ABC: ABC had a primary share of 12% with its top performers being ABC News, 7:30, and Mediawatch. The network share for the night was 15.9%.

SBS: The Salisbury Poisonings was the top performer with 254,000 for SBS as the public broadcaster had a primary share of 5.2% and a network share of 8.6% 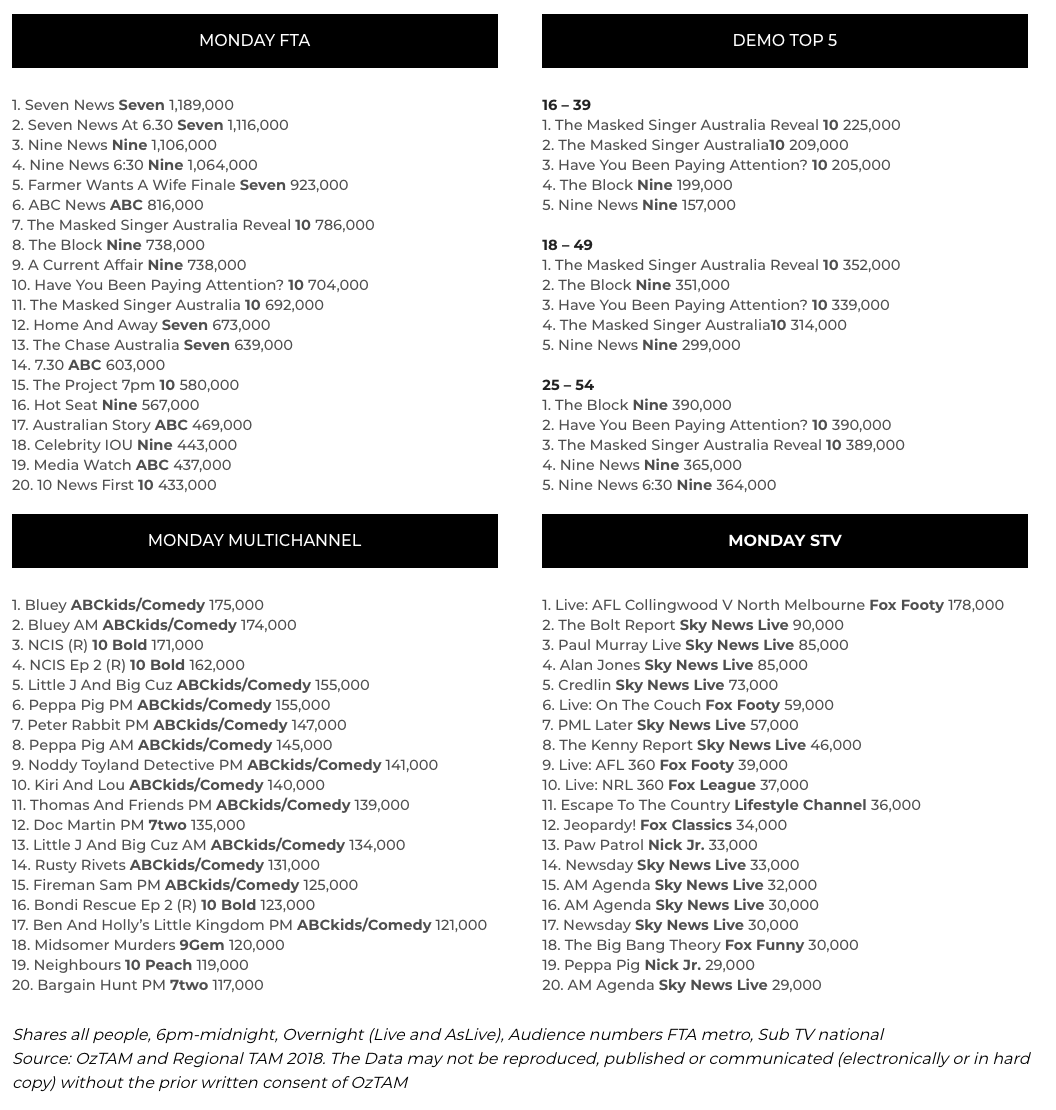