• 10 claims night as Nine and Seven without reality franchises 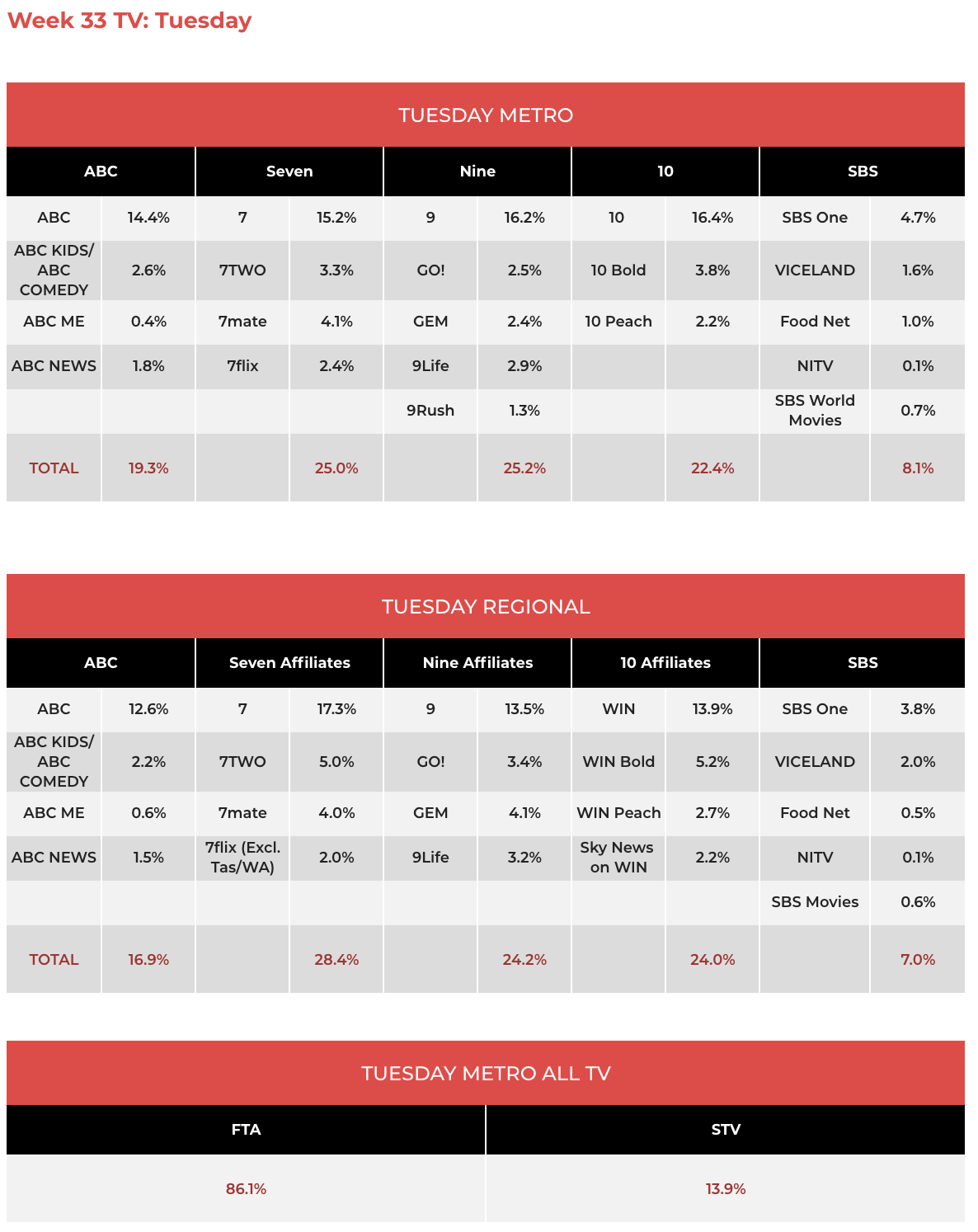 Seven: Home and Away just made it over 600,000 after opening the week on 660,000.
Episode nine of America’s Got Talent chose 10 acts to perform remotely. Seven is not far behind the US with the first live show soon coming where Kelly Clarkson will be filling in for Simon Cowell after he was hospitalised recently after falling from his bike. That might help the numbers a bit – the show failed to crack the top 20 last night with 296,000 after 311,000 a week ago.
Seven recorded its lowest primary channel share since January and its equal lowest weekday share since that month too. Its network share was a more competitive 25.0% with its three multichannels accounting for 9.8% of the metro audience.

Nine: A Current Affair slipped just below 700,000 after 819,000 on Monday.
With no Ninja Warior and The Block still a fortnight away, Nine went with a Paramedics encore at 7.30pm with 407,000.
The second part of Surviving Jeffrey Epstein then did 284,000.
Nine ranked #1 in network share despite its four multichannels delivering a smaller share than Seven’s three.

10: Some of the audience watching The Masked Singer might have been asking ‘Who is Michael Bevan?’ at the end of the second episode. The former cricketer was the second unmasking. That didn’t stop the episode two audience growing to 818,000 and 942,000 after 733,000 and 823,000 on Monday night. 10 has now moved the show to Monday and Tuesday regularly which will avoid a Sunday night showdown with some looming competition. It was also allow 10 to take advantage of any gaps in the schedules of its opponents like what happened last night.
The movie Ocean’s 8 followed with 344,000.

ABC: The channel set a new Tuesday share high a week ago and then broke it last night. Helping grow the number week-on-week were production houses Screentime and Lune Media. Screentime delivers Anh’s Brush with Fame which had 710,000 watching Dr Richard Harris sit for portrait, up from 685,000 watching Lisa Wilkinson a week ago.
Lune Media then presented Fight For Planet A: Our Climate Challenge which audiences also warmed (!) to. The Craig Reucassel series opened on 581,000. That’s better than one of the episodes from the second season of sister series War on Waste in 2018, and not far behind the other two.

SBS: Ratings magnet Michael Portillo continued his trip across Vietnam from south to north on Great Asian Railway Journeys with 295,0000.
Insight was then well down on its average audience with 110,000. 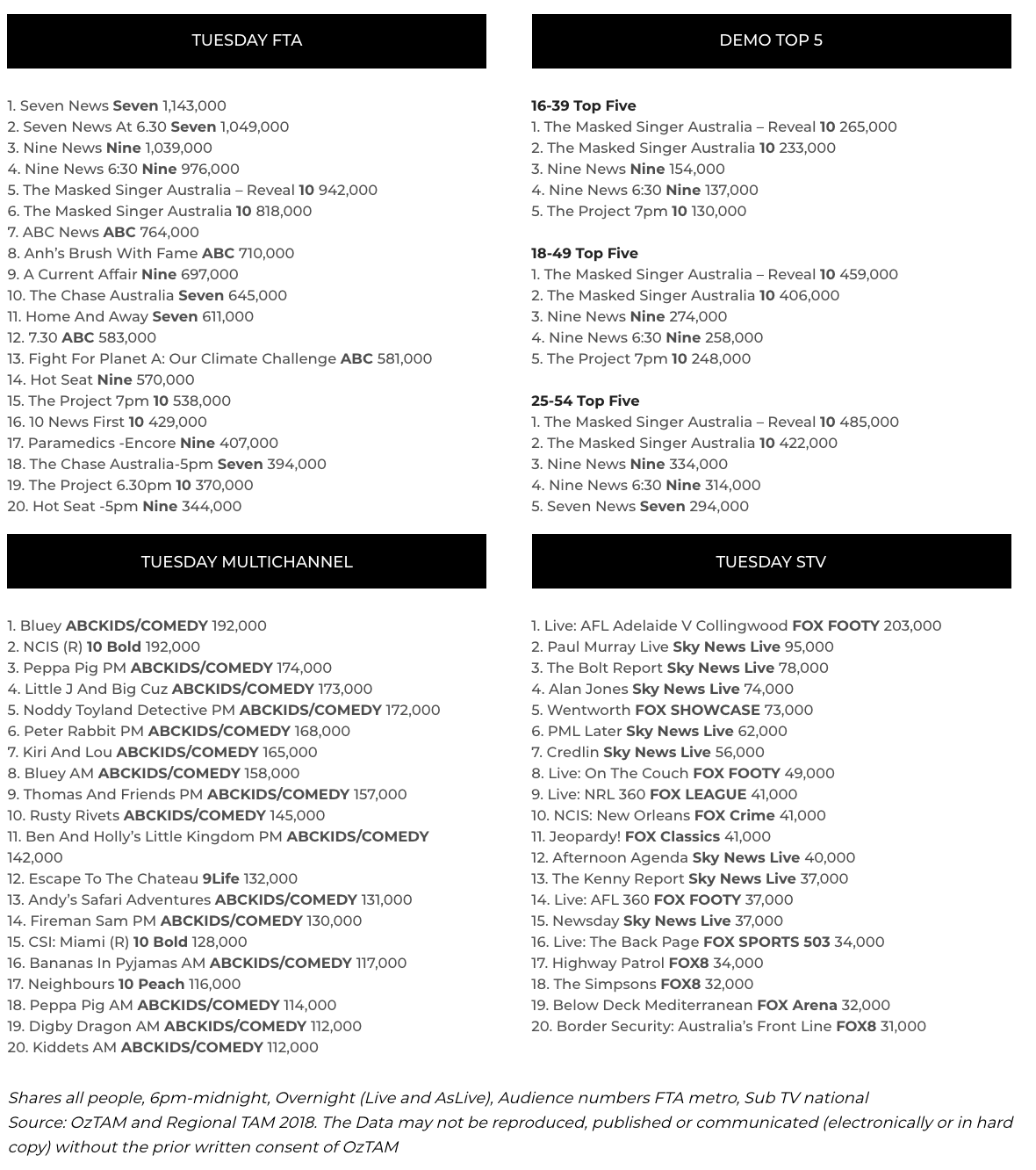