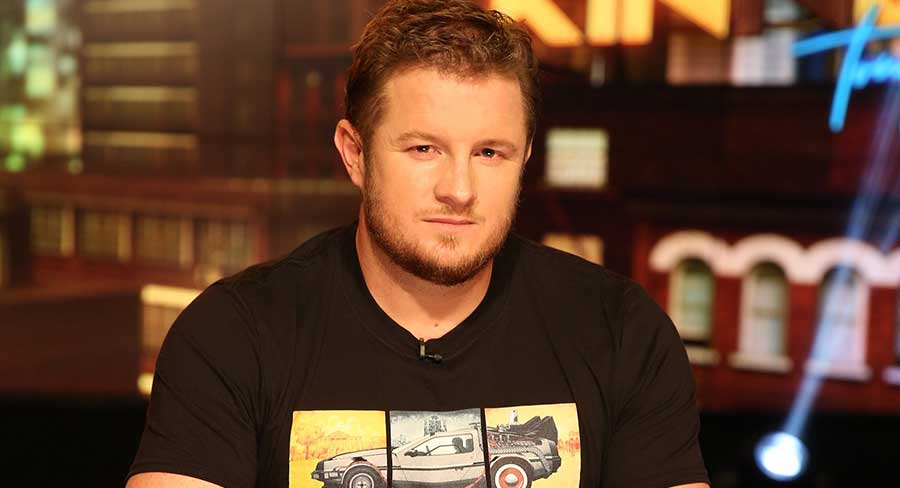 Kinne Tonight returns for its second season from Monday, 25 May at 9.30pm on 10 and the WIN Network.

The show will produce comedy and skits based on social media, relationships, family, the workplace, fad diets, cycling and more.

Mediaweek spoke to Kinne last year during the production of season two, and he credited two people in particular who helped him get on TV. More recently he points to 10’s Paul Leadon. “I have to give him credit, and I don’t see this much in Australia, he came to my Sydney show and saw the reaction from my fans. He made the effort to understand my comedy and he got it.”

Before impressing 10’s Pilot Week audience, Kinne polished his TV skills with two seasons on 7mate in 2014 and 2015. “They seemed to be experimenting on the channel and they let us have free reign with very little interference.”

Kinne credits MaryAnne Carroll for kick-starting his TV career. “We worked so well together at Seven. I did a sketch show pilot for Seven before working at 7mate. It didn’t go ahead after initially looking like it would.

“MaryAnne Carroll got sent one of the early videos we did which was a parody of a Kia commercial. She got in touch with my manager about making a pilot. I said I’d already done one and wasn’t going to waste my time again. My manager talked me into doing it, luckily.”

His TV experience makes Kinne feel more confident about what works “When we did the Seven show there was a TV audience and an internet audience. Now I think they are both the same.”