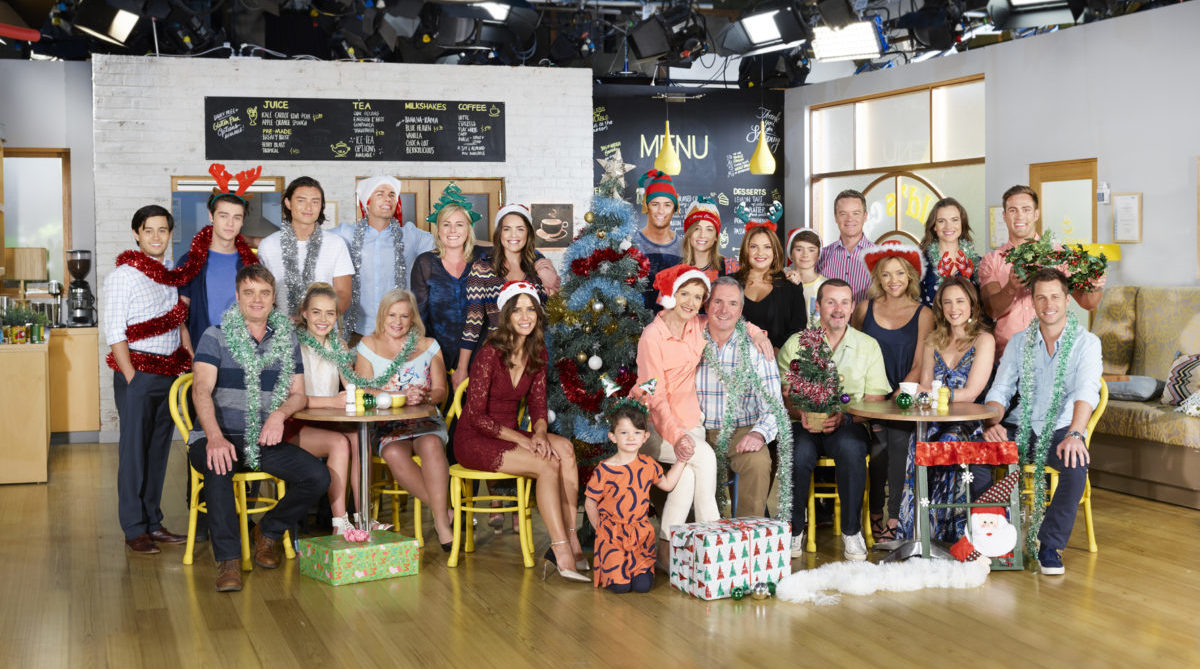 The 2016 cliffhanger finale is all about Dee (Madeleine West) who was last seen being driven off a cliff (in a Commodore, no less) just after marrying Toadie in 2003. She has been missing, presumed drowned, ever since but Neighbours has form when it comes to resurrecting characters from a watery grave (e.g. Harold who was washed off rocks but emerged years later as a Salvo with amnesia, having been picked up by a fishing trawler).

Dee may be the key to 2017 after a great year in which Ramsay Street was rocked by Lassiters blowing up (during its historic first one-hour episode), a heatwave, snakes on the street and a hens party hot air disaster that ended with a priest having sex in a barn. Fun castings included Home & Away’s Jodie Anasta (as a sexy teacher), The X Factor’s Jai Waetford (as her horny student), The Bold and The Beautiful’s Katherine Kelly Lang (flogging her kaftans), Fox FM’s Fifi Box and The Loop’s Scott Tweedie, while Eurasian twins Takaya Honda and Tim Kano and disabled actor Sam Humphrey helped make Ramsay Street more diverse than ever before in its history. They even pulled off a G-rated episode with four gay characters in it while Home & Away still doesn’t have a gay in the bay, despite lashings of sex, drugs and violence in a PG timeslot. Lily Van Der Meer was their find of the year as she showed real comedic flair playing Xanthe, but the “You Tube sensation”, who was cast in the plum role of Scott and Charlene’s daughter, has (thankfully) slipped away, along with Eddie McGuire’s son, who should probably stick to sport.

The soap, which now airs simultaneously in the UK, will continue over summer with Facebook mini-episodes, including a Christmas Day message from Queen Sheila (Colette Mann). Creatively and storyline-wise, Neighbours is at the top of its game so bring on its return on January 9… let’s just not talk about those ratings though.

The Exorcist 8.30pm on showcase

My first thought upon hearing they were turning the iconic 1973 horror classic into a weekly TV series was that it would be a disaster. How could you possibly top the R-rated shocker given it was for US network TV instead of cable, especially after three uninspiring movie sequels? How wrong I was. American network TV loves nothing more than pushing the boundaries when it comes to violence, particularly sexual violence, so therefore there is no problem with replacing the infamous crucifix from the Linda Blair version with a heated hair curler for the new possessed girl to masturbate with (yes, really). No more plot spoilers though, because this has twists and turns galore, as it basically tells a similar story with an idealistic priest, a grizzled older one and a mother (Geena Davis) worrying about her poor daughter. But there are also subplots about politics, religion and corruption. Could there be anything more relevant today than a show that suggests many of our leaders are already possessed by demons? Watch this show – it is brilliant.