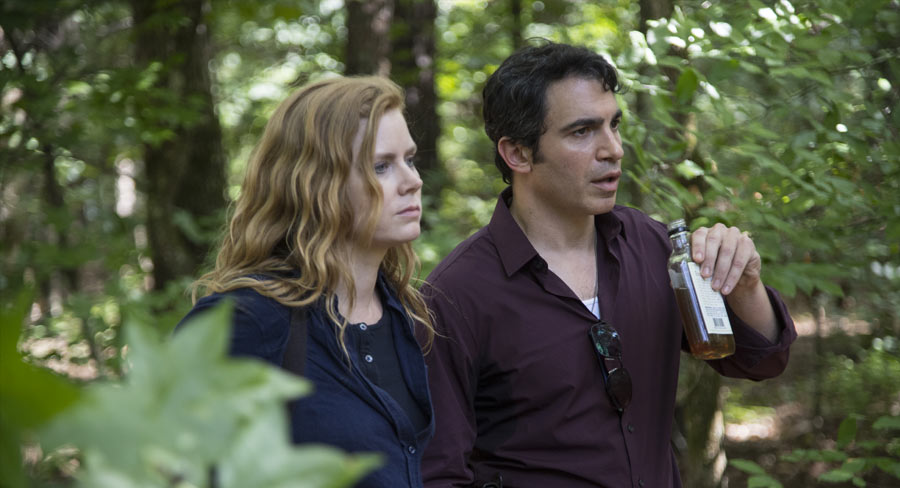 ‘Dramas like the new Sharp Objects are exactly what HBO’s brand represents.’

Home Box Office began transmitting in 1972 but it took until 1983 for it to make its first original production, the telemovie The Terry Fox Story.

In 1989, its first TV series Tales Of The Crypt took advantage of not being on a free-to-air network by allowing more gore and nudity and by 1992, The Larry Sanders Show had become their flagship show and was bringing home awards by the truckload. The 1997 male prison drama Oz proved there were no boundaries the network would not push past, and by the time The Sopranos (1999) and Sex And The City (1998) were the hottest shows on TV, HBO was a household name and is mostly responsible for today’s era of “peak TV”.

Recently, the network has been taken over by AT&T and its new boss, John Stankey, sent off alarm bells last week when he declared that he needs viewers to be watching for “more hours of engagement”. That means to broaden its base, the network must broaden its content. This is a concern because will all the new shows needed to make more money be as prestigious as the usual fare they screen?

Dramas like the new Sharp Objects are exactly what HBO’s brand represents. It stars acclaimed actors like Amy Adams and Patricia Clarkson, it’s based on a bestselling book (the first from Gone Girl author Gillian Flynn) and it’s directed by Jean-Marc Vallee, who won an Emmy for his HBO hit Big Little Lies last year. But where Big Little Lies started off lighter, thanks to its sunny California setting, Sharp Objects plunges into a much darker Missouri with newspaper reporter Camille (Amy Adams) sent back to her hometown to deal with demons galore. Her heavy drinking and strained relationship with her mother (Patricia Clarkson) suggests worse is to come.

Not surprisingly, critics are agog with praise about Sharp Objects. They are using words like “raw, magnificent” and “ferocious” and having watched three episodes now, I’d say it is all those things. But Entertainment Weekly sums it up best as “all atmosphere, zero momentum” and while it is almost certain to win awards, will a slow burn of viewers be enough for the new boss? HBO chairman Richard Plepler once said that “more is not better, only better is better” but after his new boss came on board, that statement has been changed to: “More isn’t better, only better is better – but we need a lot more to be even better.”

Foxtel, the home of HBO in Australia, won’t object to more content but it will also be hoping one or more become monster hits like Game Of Thrones. Sharp Objects is good but is that enough to bring in more subscribers? Maybe the future of HBO is as fascinating as Westworld, a show that may be predicting the network’s own future. Will HBO churn out clones before there is an uprising from its workers? And could there be another new world out there somewhere that changes the game yet again? Stay tuned.