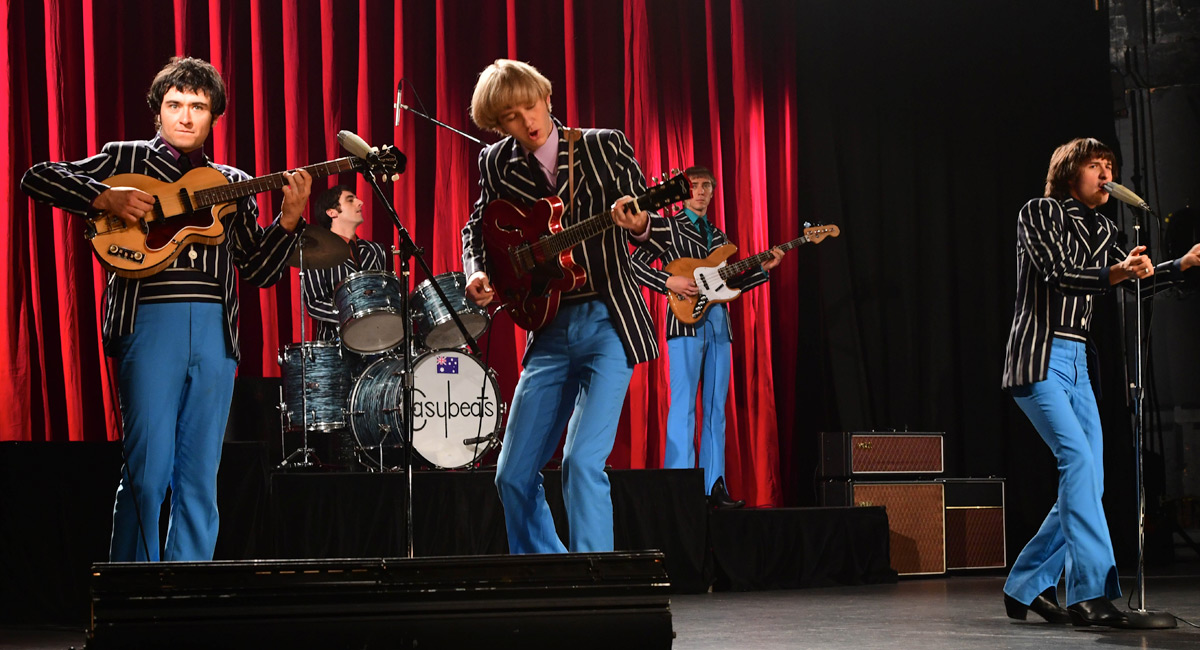 In an underwhelming year for local drama, the year’s best Australian miniseries has thankfully been saved for last. This joyous biopic about The Easybeats casts unknown actors to play the band members and the results are spot on, especially Christian Byers who is uncanny as Steve Wright and UK actor William Rush playing George Young. Superbly directed by Matthew Saville and with a top script from Christopher Lee, Playmaker Media also gets the 1960s era just right (and that could be due to then having had lots of practice with Love Child for Nine). This is the perfect way to wrap up Australian Music Month and ABC continues the theme into the night with Blood + Thunder: The Sound of Alberts and Crowded House Live at Sydney Opera House following. You’re welcome.

Former American correspondent Ben Knight looks at the history of ABC’s Melbourne studios at Ripponlea, which have housed some of the most iconic TV shows ever made, including Bellbird, Adventure Island, Rush, Countdown, The Late Show, Seachange, Frontline, Kath & Kim, Miss Fisher’s Murder Mysteries and, the last show to ever film in it, Shaun Micaleff’s Mad As Hell. Like Nine’s Studio 9 in Richmond, the site is being sold off and will probably end up like it has, converted into apartments. Thanks for the memories.

The Australian Recording Industry Association Awards have always bounced around the networks but always remain a perfect way to catch up on the Aussie music scene. It’s “Live” – or knowing Nine, more likely “Live and Dangerous”, so expect Richard Wilkins to be in his element (or maybe manning the 10 second delay button). Presenters include Mick Fleetwood, Sophie Monk, Jimmy Barnes and the cast of Pitch Perfect 3 (so can someone ask Ruby Rose if she is The Veronicas‘ Yoko Ono?). And performances include Harry Styles, Lorde, Dan Sultan, Paul Kelly, Guy Sebastian and the incredible Jessica Mauboy (who must be congratulated for continuing to walk away unscathed from the hot mess that is The Secret Daughter).

After the kerfuffle caused by the first series, NSW local councils said no thanks and so production has moved to Queensland and Victoria. This is often tough viewing, with the occasional burst of resilience, but never much hope. Bravo to SBS for shining a light on these people who rarely get a voice and while it was accused of manipulation before, this series should be viewed for what it is – heartbreaking and uncomfortable.

Given Hugh Laurie made 177 episodes of House, do we really need more of him playing another doctor? This Hulu drama isn’t even a short six-episode commit either, with each series (there are two) consisting of 10 episodes. Given it was made in 2016 and arrives with barely any buzz, and lands in a crowded TV environment, baby, there just aren’t enough hours in the day for this.