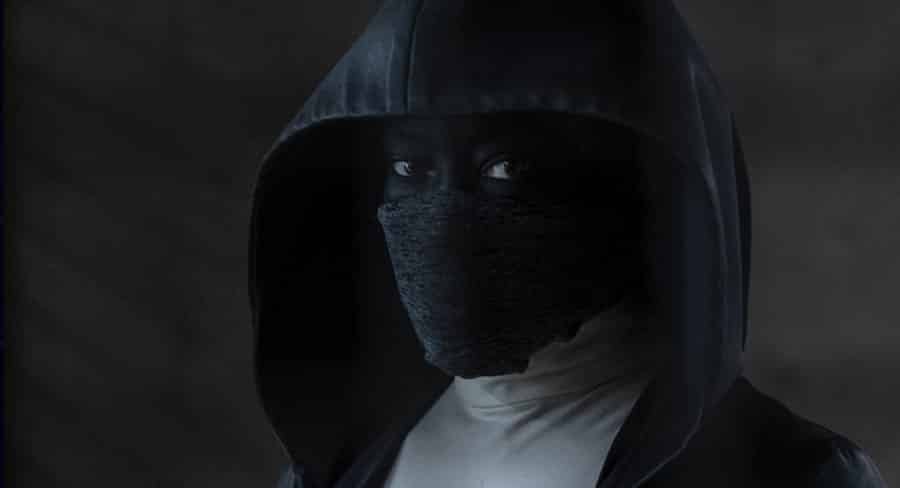 There has been some movement in the charts this week thanks to returning shows and some new releases which sees a new platform also join the charts.

The highest riser on the digital original charts this week was Atypical after releasing its 10-episode third season on November 1. The series revolves around 18-year-old Sam Gardner who tries to navigate both high school and being on the autism spectrum, while his family also deals with the series of changes in their lives.

Joining Atypical on the Digital Original charts is the first entry by Apple TV+ to join the TV Demand charts in the sci fi show See which was released on the first day of the platform on November 1. The series is set in a distant future where humans have lost the sense of sight and the world has to adapt. However, this is thrown into turmoil as a set of twins are born that can see. The series is lead by Jason Mamoa known for his work on the TV shows Game of Thrones, Frontier, and Stargate: Atlantis and most recently for his work as the DC character Aquaman, including the standalone film Aquaman in 2018.

The other show to join the Digital Original charts this week is Tom Clancy’s Jack Ryan which premiered its second season on  October 31 on Amazon Prime Video. John Krasinski (The Office) stars in the latest incarnation of the character from Tom Clancy’s book series joining the likes of Alec Baldwin, Harrison Ford, Ben Affleck, and Chris Pine.

The biggest riser on the Overall TV charts was the HBO series Watchmen which is available to watch in Australia on Foxtel’s Showcase channel. The show is based on the DC Comics limited series of the same name created by Alan Moore and Dave Gibbons. The show is created by Damon Lindelof with an ensemble cast of Regina King, Don Johnson, Tim Blake Nelson, Yahya Abdul-Mateen II, Andrew Howard, Jacob Ming-Trent, Tom Mison, Sara Vickers, Dylan Schombing, Louis Gossett Jr., Jeremy Irons, and Jean Smart.

The sequel series is set 34 years after the events of the comic book series and within the same universe. The series focuses on events surrounding racial tensions in modern day Tulsa, Oklahoma. In addition to the new characters introduced the show features returning characters such as Doctor Manhattan, Silk Spectre, and Ozymandias.

The Good Place joins the Overall TV charts as it currently airs its fourth and final season premiering the first episode of its final run on September 26.  The show tells the story of Eleanor Shellstrop (Kristen Bell), who wakes up in a utopia like version of the afterlife and meets the architect Michael (Ted Danson) who explains this is a reward for her good and moral life. However, Eleanor realises that a mistake was made and she must hide her morally imperfect behaviour while trying to become a better and more ethical person. The final episode is due to air on November 21.

A precursor to a future entrant to the Australian TV Demand charts may have been seen in NZ this week with Rick and Morty joining the Overall TV charts. The show aired the first episode of its longly anticipated fourth season on November 11 and should be due to rejoin the TV demand charts in the next few weeks. 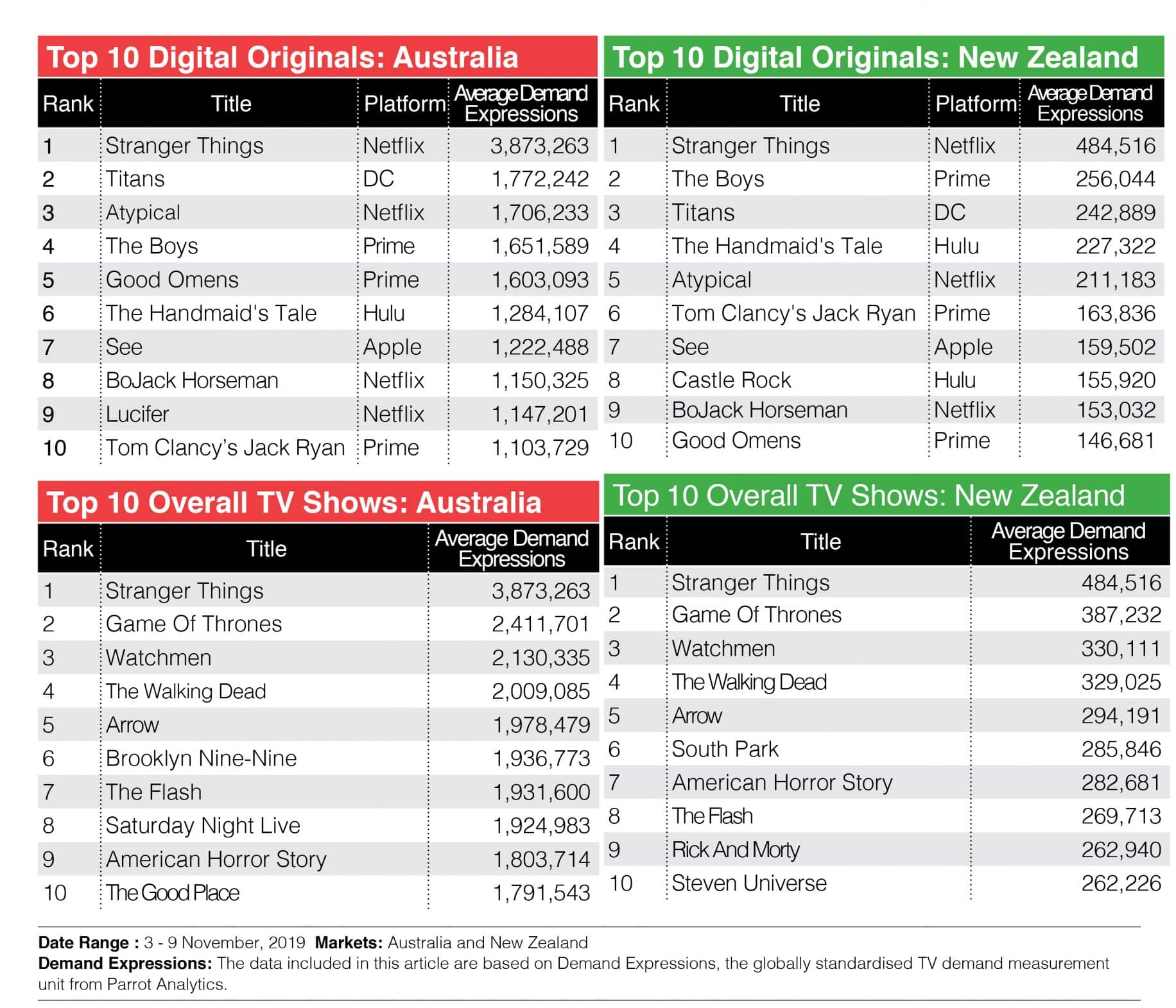