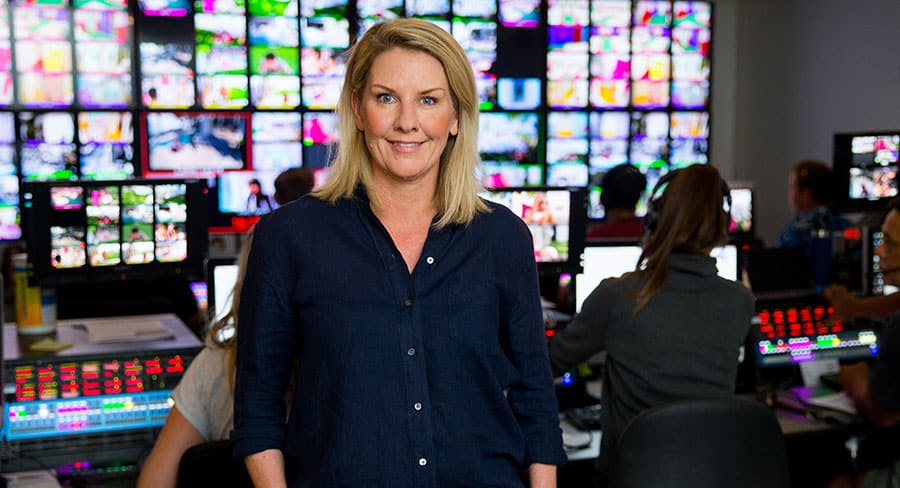 Love Island Australia is coming to a close with this week’s finale set to reveal this year’s winning couple – as voted by the public – where one is given the chance to share the money or walk away with it all for themselves. This year’s cast has gone through a rollercoaster of emotions with multiple re-couplings for a better chance at love and unexpected couples breaking up in front of the audience.

The head of entertainment at ITV studios Majella Wiemers spoke to Mediaweek about the format of Love Island, the quick 24-hour turn-around schedule, and how this show differentiates from other dating shows in Australia.

The program screens four or five times a week on Nine’s primary channel and on 9Now.

Love Island received about 10,000 applications this year and Wiemers said the applicants have to be in that sweet spot between 18 and 29 years old. “In the first stage of the application, we look at the photos, we get video from people, we do a national casting tour. It’s a long process, and applications are always open – so we’re even casting when we’re on-air for the next series.” 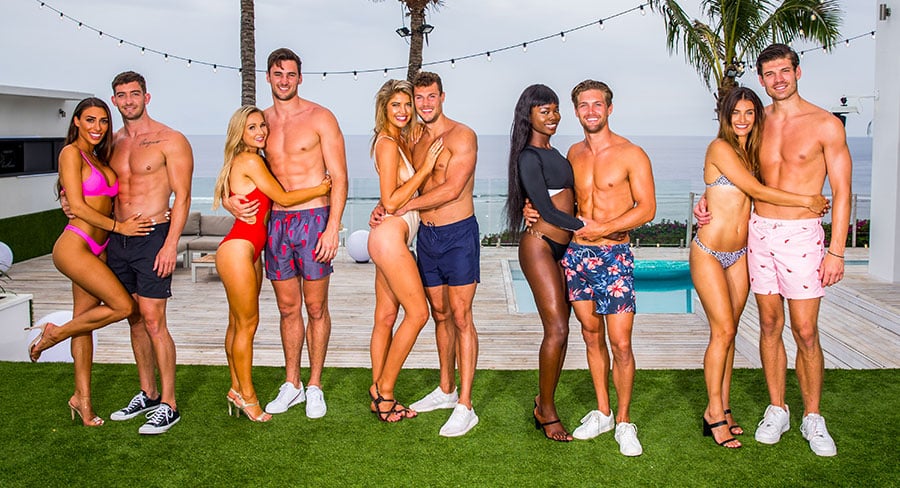 Couples from last week (starting from left) Margarita and Blake, Jessie and Todd, Anna and Josh, Cynthia and Aaron, Cartier and Matthew

Wiemers said the producers are looking for a mix of people when casting the islanders. “When people talk about diversity they narrow it down to just diversity of race or diversity of state; but we look at race, state, background, occupation, goals, relationship history. We want to put as many people into the villa that are different and also that are a bit unexpected.”

Love Island is one of the hottest formats in the world right now. “At last count it’s in 12 or 14 territories around the world. Everyone will know the UK version because it’s done so well. It sky rocked from its series three and has continued to go up and up – in fact, the show is now doing a summer and winter series.”

The American one is a different vibe, and Wiemers said it has already been commissioned for a second series after a successful first series this year. “What we do well on this show in Australia is we’re good at taking the piss out of ourselves. Also, the beautiful voice-over of Eoghan McDermott and the style of the show is well suited for an Aussie audience. With our version we don’t want to get too wrapped up with not keeping it true to Australia and we’ve especially nailed it through the satirical, ‘take-the-piss’ voice-over by Eoghan.” Eoghan is actually really good mates with the Love Island narrator from the UK – Iain Stirling. In fact, Eoghan auditioned for the UK series and was their second choice. “When we started Love Island Australia, we auditioned a whole heap of people for that voice over and we finally got Eoghan, and he was perfect. He isn’t Aussie himself – he’s Irish – but he just seamlessly fitted in straight away. There’s something about that Irish larrikinism. It just marries with us and what we do.”

Last year, season one of Australia’s Love Island was filmed in the mediterranean – specifically, Mallorca in Spain. This year however, season two has been filmed in Fiji. “The biggest reason for changing location this year was just timing. Last year we pushed our episodes in May, and this year we started later. If we were to be in Spain in September/October, it would’ve been too cold. You wouldn’t have bikinis, you would have blankets.

“The other thing is we can mobilise them really quickly from here. When we were casting for Spain, we had to factor in a lot more travel time when we wanted to mobilise cast, whereas for Fiji we can have them over in 48 – 72 hours after they’ve been cast. It lets us be completely reactive to storylines and see what romantic solutions and more romantic challenges we might want to pop into the villa.”

Wiemers explained to Mediaweek what the daily process is like when creating a show that’s formatted like Love Island. “We cut a show around every 24 hours, so that means we do some screenings in the middle of the night. We do some screenings with the network via Skype and the network is amazing because they see usually segment one and segment two has had probably around 12 hours on it so it’s looking okay, and by the time we get to about segment three, four and five, there’s lots of ‘ah, we’re still working on this’ because it really is right up to the wire,” she laughed.

“We play out about an hour before it actually transmits. The only other sort of show that operates in that style currently is I’m a Celebrity…Get Me Out of Here! and prior to that there was Big Brother. It hasn’t had nine weeks in post-production, it’s a 24-hour turn-around process – and I think that’s part of the charm of Love Island. In the space of morning to afternoon, storylines can change and people’s feelings can change.” 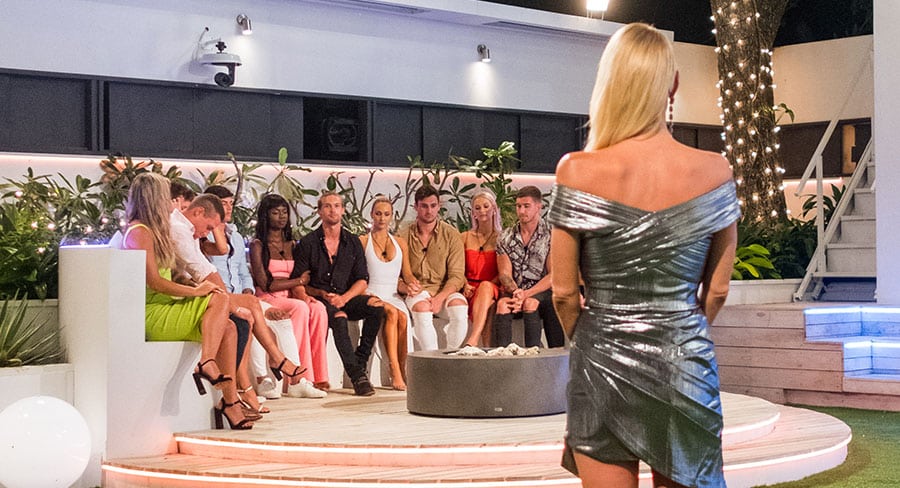 Australian reality TV icon Sophie Monk hosted the first season, and again has hosted this season of Love Island. Wiemers said she can’t decide who she laughs more with – Love Island presenter Sophie Monk or the man behind the voice-over, Eoghan. “Sophie is the superfan. Literally, every time I see her she’s pummeling me for information, asking ‘did that really happen?’ or ‘I want to know what happened here and what happened next? I didn’t see this bit!’ And she’s hilarious. I guess that’s the other thing about the nature of ‘taking the piss’; Sophie manages to do that really well.

“She knows exactly who she is, she knows who her audience is, and she nails it every time. The islanders really look up to her, and I think even more so this series than in last years’. ‘When the Monk is on the prowl’, something is going to happen. It’s also great to work with a host who loves the show – it does make a difference. She does sometimes even struggle with the awkwardness at the firepit when delivering bad news to the islanders, because she does truly care so much.”

“People say to us at the end “oh my god, how can they be dropping the ‘L-word’? They’ve only been in there for six weeks!’. For them it feels like they’ve had a year of isolation in Fiji having this relationship with someone where they’re sharing a bed with and seeing them every day and night. That’s what gives Love Island that sense of immediacy, but also gives that sense of ‘If I don’t watch tonight, what am I missing out on?”. With Love Island, you can be left behind pretty quickly if you don’t catch up.”

The grand finale of Love Island will be on Thursday, November 14 at 8:30pm on nine or stream on 9now.