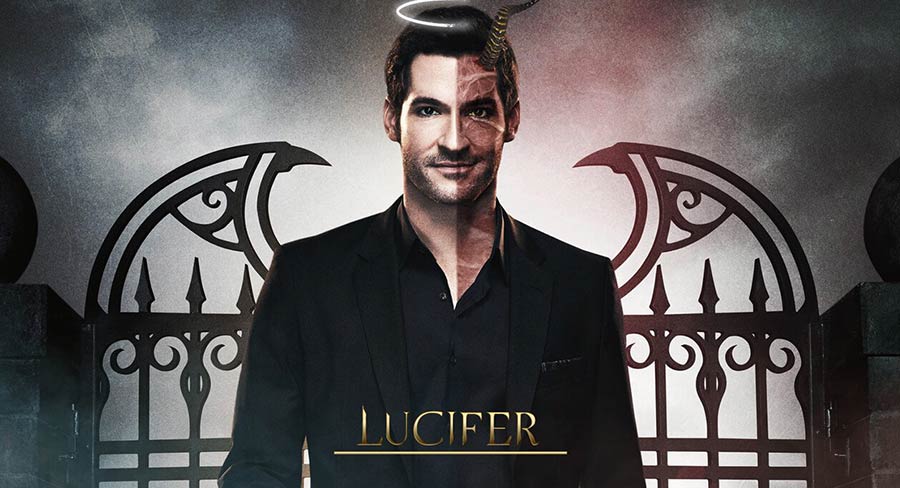 In rare bad news for Game of Thrones, the HBO giant suffered a slight decline in both Aus and NZ including dipping below 20m in demand expressions in Australia. On the flipside, however, this was still more than six times any other show and is the second highest score of the year, only falling behind last weeks mammoth total. With two episodes still left* of the shows final season, it is hard to see it losing top spot of the overall TV chart any time soon.

Outside of Game of Thrones the biggest mover and shaker this week was Lucifer after airing its fourth season on Netflix it has shot straight to number one on the Digital Originals chart in Aus and number two in NZ, after not being in the top ten last week.

The series revolves around Lucifer Morningstar (Also known as the Devil, Satan etc.) played by Tom Ellis,  who abandons Hell for Los Angeles where he runs his own nightclub and becomes a consultant to the LAPD. Although this moment of success almost didn’t happen after the show found itself on Fox’s cutting room floor after being cancelled before being saved by Netflix, due to an uproar from fans. Which is something it shares with TV Demand luminary Brooklyn Nine-Nine.

Joining Lucifer as a new entry to the Overall TV charts (Aus) is The Big Bang Theory, which is gearing up for its season finale this week, which sees it charting in both countries after being seventh in NZ. The 12th and final season of the Chuck Lorre created show will finish in next weeks rating cycle so will be interesting to see how highly it rates on the Overall TV chart next week. 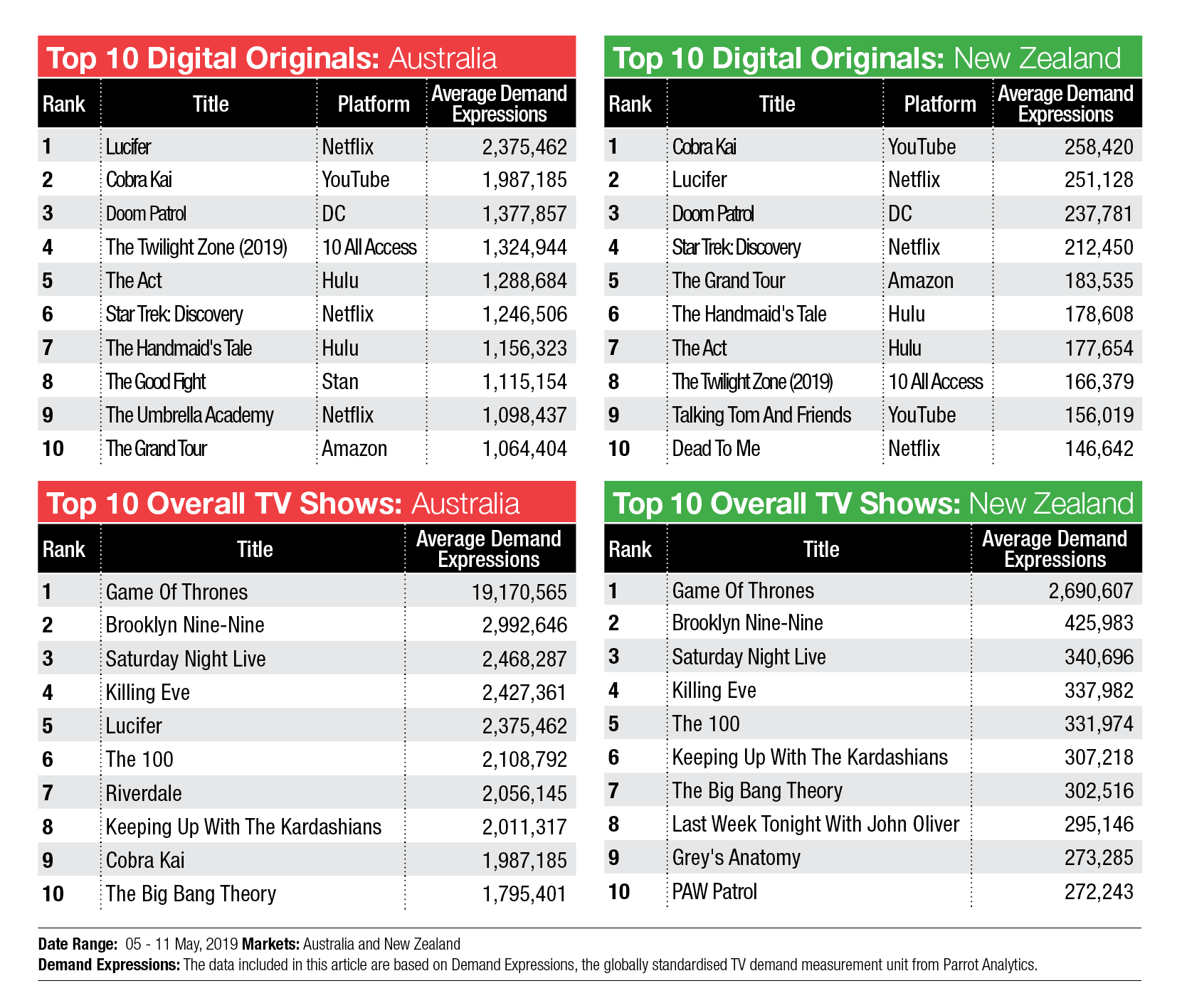 *To air inside the marketing periods of May 12 onwards