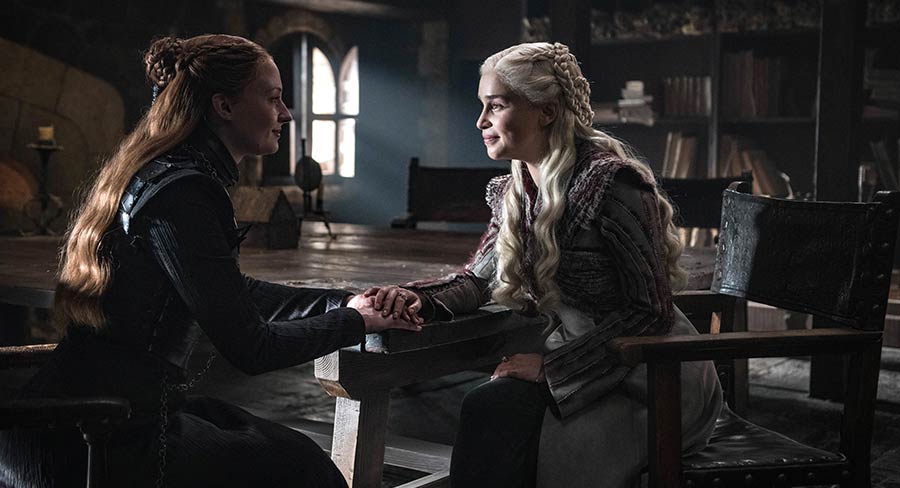 In Australia Game Of Thrones had over 18 million Demand Expressions

No surprise that Game Of Thrones continues to rank number one on the overall TV show charts in Australia and New Zealand. What is interesting is how much it dominates first charts after just two episodes of the six episode final season.

There was a similar dominance in New Zealand where Game Of Thrones had 2.3 million Demand Expressions with the #2 TV show sitting on 440,000.

Foxtel has reported that episode two of the final GoT season had an audience of over 1m again from linear TV viewing and on demand in Australia on Monday.

On the Digital Originals chart, Chilling Adventures Of Sabrina holds again that number one in Australia, while Star Trek: Discovery has taken top spot in New Zealand and moved to #2 in Australia. The Star Trek surge comes after the final episode of season two was made available.

The main mover on the Australian chart this week was the Twilight Zone, which chartered at number at #8. The series has already been charting in New Zealand for three weeks.

It will be interesting to watch next week the impact that Chris Lilley’s new series, Lunatics, which just launched on Netflix, has on the chart. * Demand Expressions represent the total audience demand being expressed for a title, within a country, on any platform. The audience demand is a weighted, country-specific measure of demand. Television demand data captures what content people want in a particular country.