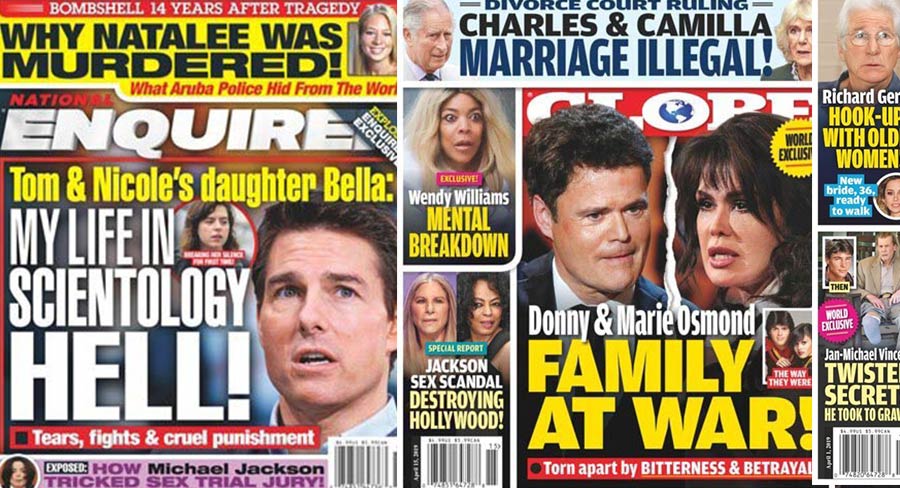 US media reports valued the deal at US$100m.

American Media announced last week it has reached an agreement in principle with James Cohen, the owner and CEO of Hudson Media, for the sale of its newsprint tabloids, including the National Enquirer (US and UK editions), Globe and National Examiner.

The agreement also includes a multi-year service contract that will generate substantial fees for American Media to provide publishing, financial and distribution services for the tabloid brands. US media reports valued the deal at US$100m. It was also reported that American Media’s chief content officer, Aussie Dylan Howard, will remain with American Media.

“The sale of these brands shows their vitality in today’s newsstand marketplace where they continue to generate nearly $30 million in profit annually,” said American Media President and CEO David J. Pecker. “James and his team at Hudson have a proven history in publishing and have the market-based knowledge and long-term vision needed to ensure the growth of these brands.” “Year after year, the Enquirer has continued to be one of the best-selling and most profitable newsstand titles,” said James Cohen. “But this transaction is about more than a weekly publication, it’s about a brand with extraordinary potential across multiple platforms.”

Cohen said he plans to accelerate the Enquirer’s current collaborations with Investigation Discovery, as well as the documentary shows it produces for REELZ. In addition, he sees exponential growth and engagement through weekly series podcasts from the tabloid’s archives. The recent 12-part audio documentary podcast, Fatal Voyage: The Mysterious Death of Natalie Wood, quickly became the #2 program among all Apple podcasts worldwide with 4+ million downloads in 2018. Expanding the National Enquirer theme parks that recently opened in Branson, Missouri and Pigeon Forge, Tennessee to other markets is another priority. The agreement between the companies is expected to close as soon as possible once the necessary regulatory approvals have been obtained.

Kochie and Kylie flick the switch on ausbiz streaming service