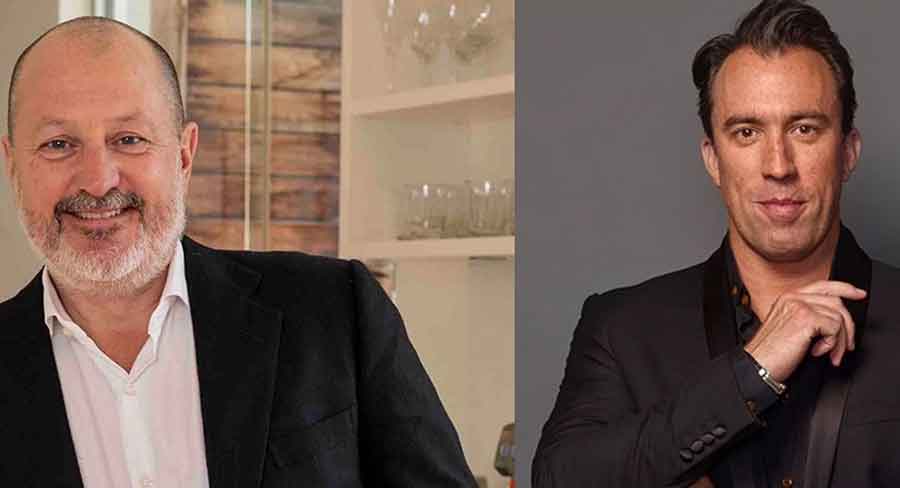 • Both broadcasters ended 2020 at the top of their game

When you want to hear from broadcasters about the power of breakfast radio and how the medium has weathered 2020, who better to speak to than two of Melbourne’s finest – 3AW Ross and Russel co-host Russel Howcroft and UK #1 broadcaster turned Melbourne’s #1 FM champ at Gold 104.3, Christian O’Connell. Both broadcasters ended 2020 at the top of their game – Howcroft as part of 3AW breakfast – undefeated in 150 consecutive surveys – and O’Connell who has now been #1 FM breakfast in Melbourne for over 12 months.

Mediaweek was lucky to get the two of them together for a podcast last week with James Manning. Here are some of the highlights.

Christian O’Connell: Part of my job was to reflect what lockdown was like for me. My material is my life. It is talking about my life. I suddenly realised I was not going to be able to do anything and I was worrying where all my material was going to come from. I found myself locked in a house with two teenage daughters and home schooling. We were faced with a mutiny with them overthrowing my wife and me. There ended up being more than enough going on!

Every time I used to close the front door at 5am on the way to work, I breathed a sigh of relief to get out of the house for a few hours.

Russel Howcroft: I get involved with the [Nine Radio] sales guys on the communication they will have with the marketplace. Clients are always looking for creativity and good ideas that might give them a bit of an x-factor.

I also encourage radio people to just look at the numbers. When considering the power of commercial radio, the numbers are very significant with regard to audience and time spent listening. That’s a very important number because the longer the consumer is spending listening it gives them more opportunity to hear advertising.

The numbers are also very good when it comes to reach – a critical number in the advertising world. Sometimes we just forget the basics – reach matters and the target audience matters. Cost of production also matters – a significant success factor around radio is it doesn’t cost much to produce compared to other mediums. That also means smaller players can get involved with radio as well.

How the listeners and then advertisers grew at Gold

Christian O’Connell: I will always value the clients who were with our show early on. There were quite a few advertisers at the start who said they loved what we were doing. They understood it could take a while, but they were with us. There were others who wanted to wait and see, which I totally understand.

The show was being written off by rivals and everyone in the industry. Now, having lived here for two and a half years, I know why. I still find it remarkable that it worked. It could have easily gone the other way, but it didn’t.

With success we suddenly found we had new best friends. It meant that there were more demands on my time commercially, and I understand that. When you suddenly become #1 there is almost a land grab and the sales teams’ phones are ringing off the hook. They want to get airtime, they want to meet you and they want to see what you can leverage for them.

The way I do promotions for clients is different. I want to make sure that it feels as much a part of the show as anything else I am doing. I can’t stand it when I hear commercial radio shows that sound like they are putting the show on hold and hitting pause as they read a script for an ad – almost like they have a gun pointed at their head. It shouldn’t be like that, if you want to be paid your money you need to earn it and part of that is doing your promotions well and making it fun and entertaining for your audience.

Advertisers in the club

Listen to the Mediaweek podcast: The Power of Breakfast Radio