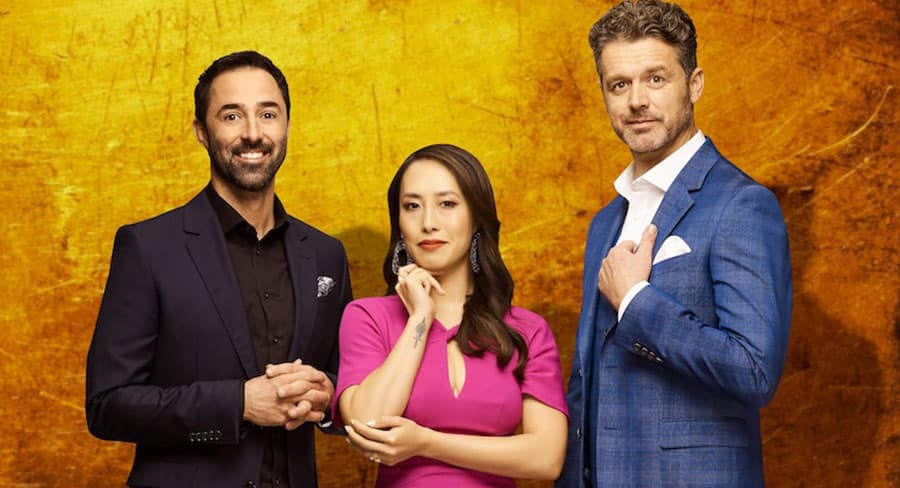 • Keep it simple: Be yourself, we judge the food, not the people

Mediaweek goes inside the MasterChef Australia kitchen to talk with the three new MasterChef judges Jock Zonfrillo, Andy Allen and Melissa Leong. Just how will the audience welcome the replacements for Matt, Gary and George?

How long did it take to say ‘yes’ to join the show?

Andy: Absolute no brainer for me. Coming from the show originally I wanted to do it as much as I possibly could. I have got six business partners who all work very hard in our business which allows me to go off and do something amazing like this. It was an easy decision.

Jock: It was a harder decision for me because I have a lot going on with multiple businesses including a three-hat restaurant in Adelaide. It was tough. But because of what we do with indigenous acknowledgement and engagement [via The Orana Foundation] this is a great platform to spread that message. I will try and bring indigenous ingredients into the MasterChef kitchen on a daily basis instead of just on a special episode.

Melissa: I am a freelance journalist, so it was a bit easier for me. The opportunity to come on to a show like this – such a high calibre and such a loved show – is the opportunity of a lifetime.

Matt, Gary and George all sent their best

Jock: I know all three of them as friends and when we spoke they wished us all individually the best.

Andy: It’s a tight knit community the food industry – there’s still lots of love between us and Gary, Matt and George – maybe even more now to be honest!

It’s the food, not the people, but when your time’s up…

Andy said he didn’t feel any pressure from having to pass judgement on former friends and colleagues returning to the show to compete.

“No at all – I have worked with most of them since the show and earned their respect. I am very comfortable passing judgement on what is a plate of food.”

Jock: “And that’s important. All we are doing is judging on the plate of food that is put in front of us, not the person who gave it to us. That can be a tough call and after just a few weeks of filming there were already some very emotional moments.”

Melissa: “We never want to send anybody home, but that is the nature of the show. All we can do is critique the food on the day and then be really honest and heartfelt about that.”

How prepared were you for the first elimination?

Andy: “Not at all. I thought it was part of the process of the show, but it is hard when the contestants all care so much, no just about the competition, but every plate of food they put up, whether it be to their family, friends or at work. To tell them that it is not good enough is really emotional.”

Jock: “It is hard because we really care about them –we want them to succeed, we want them to win and put up great dishes day after day. It is very hard to deliver the bad news and criticism, no matter how constructive it is.”

If MasterChef makers Endemol Shine Australia and Network 10 tested the chemistry between the judges, they did it in a clever way. “No, they didn’t,” said Andy when asked. “It proves how well they do their job because we all got along immediately like a house on fire. We had a lovely dinner not long ago at Mel’s house one evening and all our partners came. We hang out at work and outside work. We have a great friendship.”

How tough is it in the food business now? 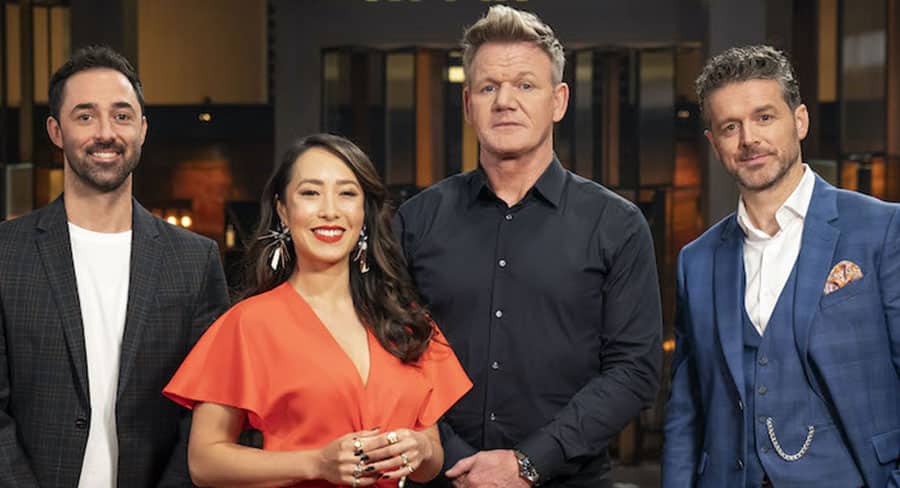 Gordon Ramsay with Andy, Mel and Jock in week one of MasterChef Australia 2020

Andy: “People still have a strong desire to be part of the industry, despite the current challenges. The former contestants in this series really want to win this series because it gives them a platform and a big old chunk of cash to go out and build their dreams. There is lots of hard work, determination and passion going into every day in this competition because they really want to win.”

Jock: “No matter how hard it is in the industry now, food continues to be something that connects everyone every day. There is going to be no shortage of career opportunities or avenues to pursue in food.”

Melissa: “When you work in the food space you love it fiercely. Nobody who works in food wants anything else but to be here. That bonds us all very much. This is the second time these contestants have been here. When they go back out into the world they have a renewed vigour and love for it.”

Jock: “We get on well because we are both Scotsmen. Between Pete Newman (Endemol Shine Australia chief content officer) and Marty they knew a lot about us, and they have seen the individual TV projects we had done over the years.

“The advice we have all had individually is, ‘Be yourselves. We employed you for what you are, not some other character.’ People that know me get that I am very black and white. What you see is what you get. And if you don’t like that you can f-off!” [Laughs]

Has the show and the team changed much?

Andy: “It is a big beast and there’s many people here that I worked with on my previous visit. Benny the cameraman has been on all seasons and there are many others still here from my season. That is reassuring because it is such a great thing to work on.”

Melissa: “There are lots of new structural elements that people won’t have seen before. That is keeping us on our toes and certainly the contestants as well. Every day we walk onto set there is something new and exciting for us and them.”