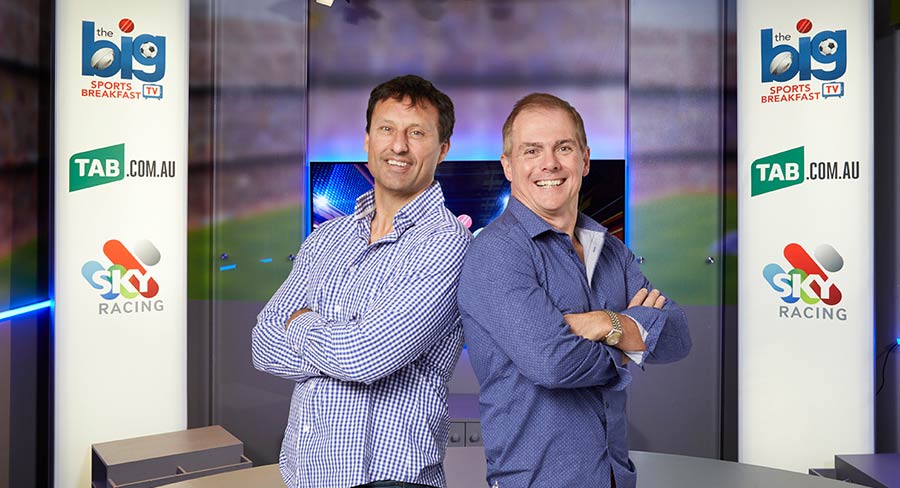 Sky Sports Radio has been Sydney’s sports specialist for many years. It starts its day with an all-sport breakfast show before then devoting the remainder of the day to coverage of thoroughbred racing. The breakfast show used to be hosted by Terry Kennedy with Michael Slater. However, these days it is Kennedy with Laurie Daley and as well as delivering a comprehensive sports roundup, the two have a lot of fun. The program is also simulcast on Foxtel via Sky Racing 1. There is lots to like about the program including the regular appearances of The SMH’s Andrew Webster.

Although niche, the station still has a decent reach to sports fans.

The current share of 1.4% 10+ is its best in over three years. The breakfast show peak in the past three years was 1.9%, so it is not far below its best at present.

The new format launched with John Stanley and Beau Ryan. They were later swapped out with the current hosts – Mark Levy and Mark Riddell. Fans of the English Premier League are in luck with the coverage of the weekend matches live via a deal with TalkSport. The station will also cover the final Bledisloe test match this weekend.

However, the network of stations along the east coast is pinning its hopes on live coverage of the summer of cricket with much of the summer devoted to Test matches and the Big Bash League.

“Our new national sports network, Macquarie Sports Radio, launched on Wednesday April 4. Our Breakfast show with Mark Levy and Mark Riddell has only been on air for a month but is already seeing a terrific response from listeners, both on the open line and online. Drive with David Schwarz and Mark Allen (Monday to Friday 4pm-7pm) is also proving to be a great example of entertaining a network audience.”