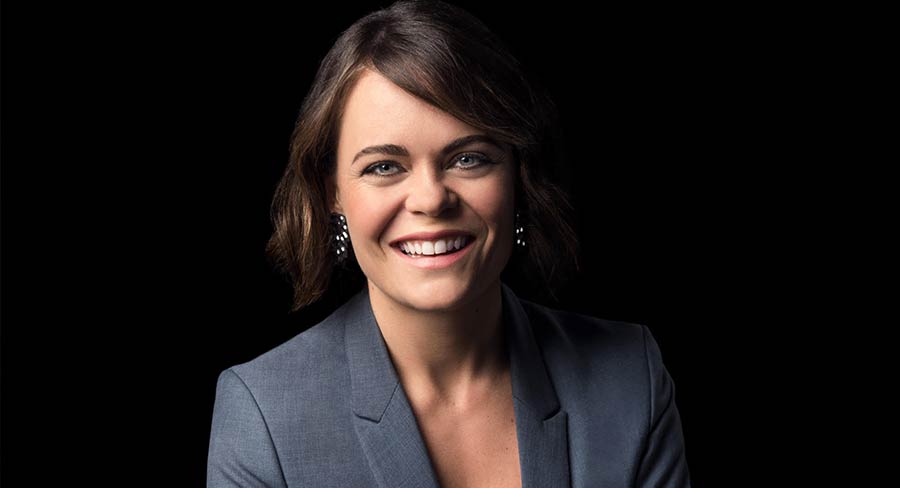 There are plenty of thirty-something female reporters, but she is a youngster in the Kiwi media commentariat.

Heather du Plessis-Allan left university in 2005 and took a road that is nowadays less travelled. Instead of a post-graduate journalism course, she took a cadetship at MediaWorks RadioLive. Twelve years later – and after a stint co-hosting the TV3 7pm current affairs show Story – du Plessis-Allan is a columnist in the Herald On Sunday and talkback host on NewstalkZB in Wellington.

She is 33 and from the same generation as Jacinda Ardern. There are plenty of thirty-something female reporters, but she is a youngster in the Kiwi media commentariat. She moved to New Zealand from South Africa at 12. On-air, she developed a reputation for being in your face. The word “feisty” springs to mind. She had a slow rise as political reporter at TVNZ.

“I never really fitted the mould of a female broadcaster – gentle and maternal, with lovely feminine qualities,” she told Mediaweek.

“I think I was hired as a bloke,” she added with a laugh.

After three years in the press gallery for TVNZ she had an 18-month run at TV3’s 7pm show Story in 2015 and 2016, co-hosting with Duncan Garner. Story was replaced by much lighter The Project run by Entertainment. Story was run by News.

There has been a lot of gnashing of teeth about the softening of the 7pm timeslot, both at Three and at TVNZ.

“News and current affairs departments want to hold on to that timeslot. I would say just let it go, let the entertainment guys take it and do what they want to,” said du Plessis-Allan.

“I don’t know what the future of the 7pm timeslot is, and I would not want to predict its demise.

“But going to entertainment is not the end of the world,” she added.

It is a strong opinion, which might explain du Plessis-Allan’s newfound love for talkback.

“I have only been doing it since January, so perhaps it is still a novelty.

“So far, I have genuinely not missed TV. I know people say that, but it is true.

“With radio you get to be deep inside events more than you do with TV. It is pretty rare in TV, apart from on election nights.”

Along with her Herald on Sunday gig, du Plessis-Allan is cemented in an upper rung of commentators. Talk radio listenership tends to be from the right of the political spectrum but Wellington trends to Labour and Greens voters.

“People in Wellington are interested in politics,” she said.

“There is this idea that talk audiences are made up of irrational people who will never change their mind. I have lost my rag on occasion. But in most cases people want to have a conversation.”

Certainly, the radio talkback format has softened over the past few years after the departure of the hard-edged antagonism of Michael Laws on RadioLive.

Paul Henry – who has now moved to Palm Springs – was not in talkback. But he had a reputation for saying the unsayable, and du Plessis-Allan admired him.

“If I could model myself on a broadcaster, it would be on Paul Henry. When you talked to him you knew he was smart. He had the ability to allow people to enjoy the things he is going to say. If I could achieve an eighth of what he did as a broadcaster, I would die a happy woman,” du Plessis-Allan said.