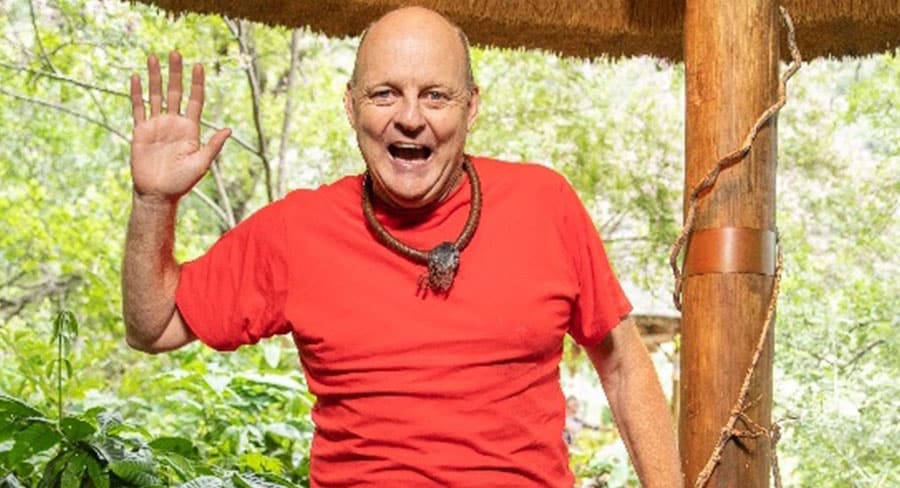 • The biggest audience on SBS was 146,000 for Inside Selfridges 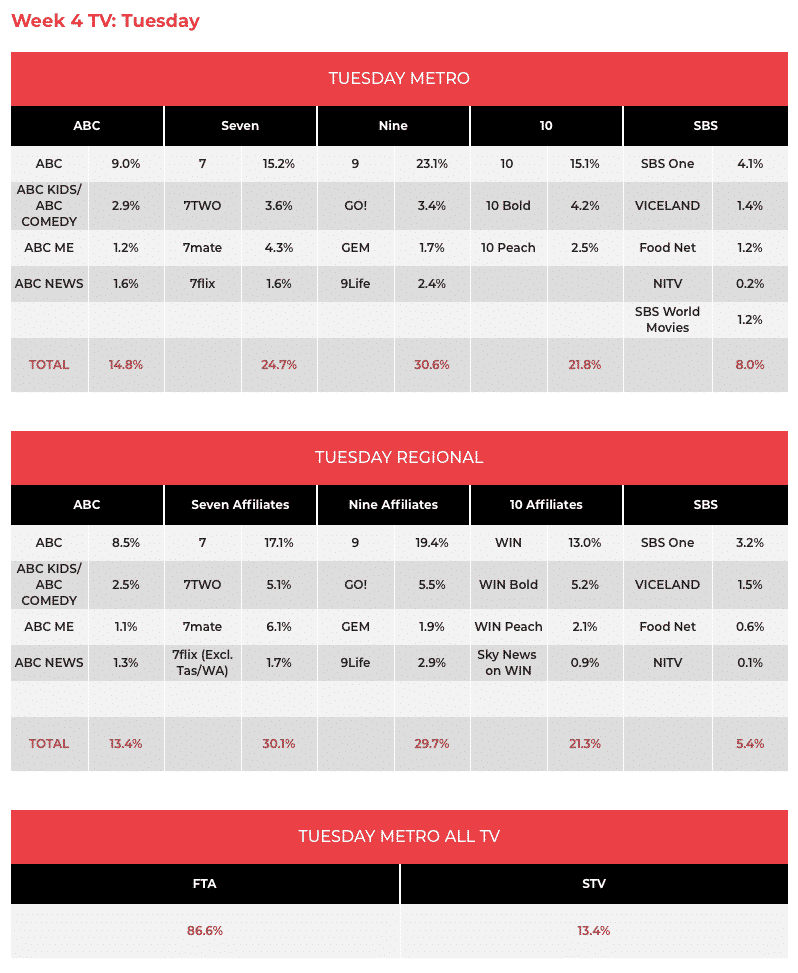 However it was a Nine TV personality that helped 10 win the demos and the timeslot for I’m A Celebrity…Get Me Out of Here!

Nine had a second night of 22%+ primary channel share as the average evening tennis audience was just short of 700,000.

The audience for I’m A Celebrity however was close to 730,000 for both parts of the program which featured the departure of Billy Brownless from the jungle. The latest Celebrity departure is the co-host Triple M’s The Rush Hour with James Brayshaw and has been a Nine AFL Sunday Footy Show regular.

Seven last night featured the BBL clash between Melbourne Renegades and Hobart with both innings audiences close to 330,000.

The biggest audience on SBS was 146,000 for Inside Selfridges. 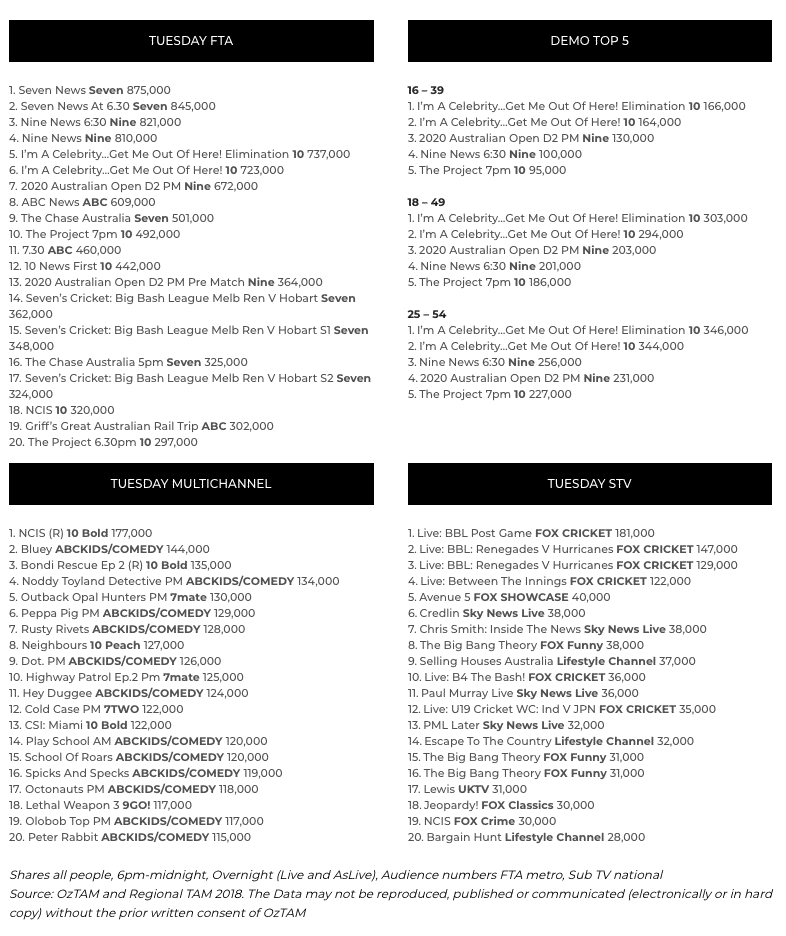