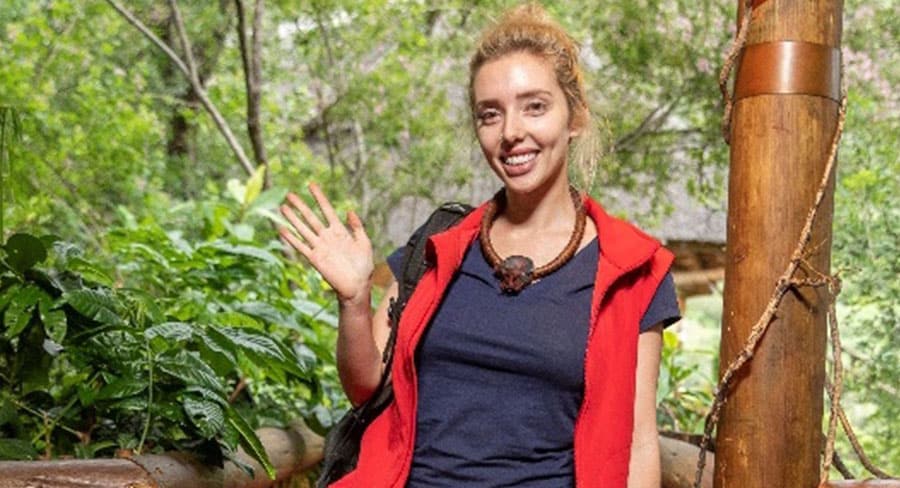 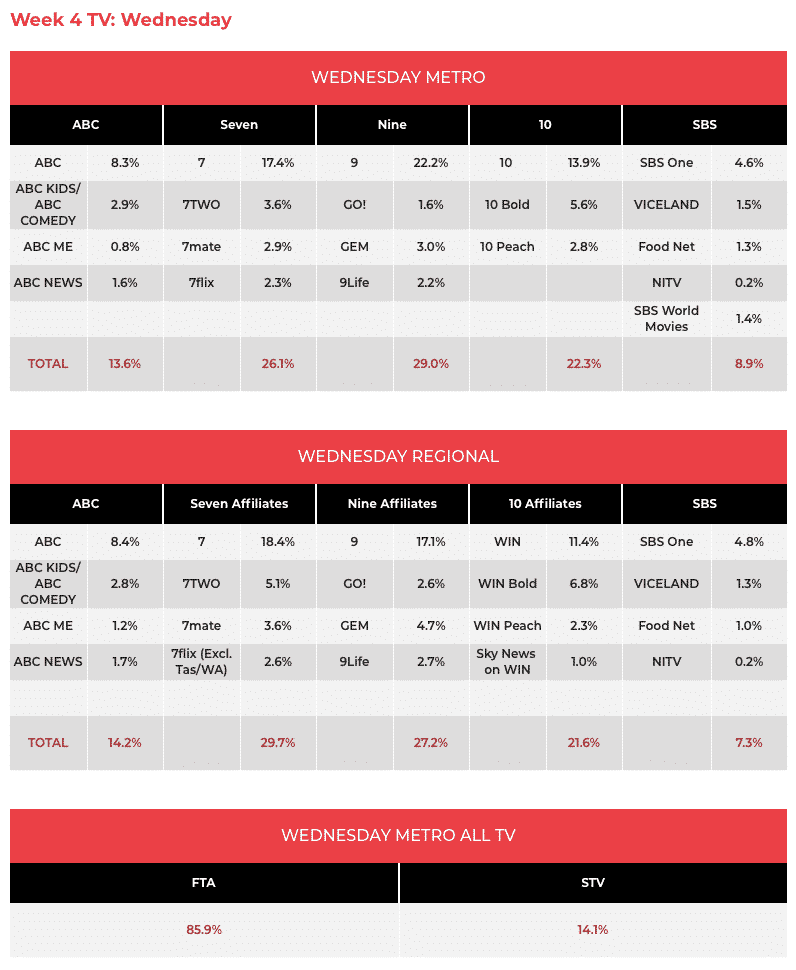 Nine continues to lead the week in primary all-people primetime with its third consecutive 20%+ share for night three of the Australian Open.

When it comes to hottest primetime show though I’m A Celebrity…Get Me Out of Here! continues to rank #1 after the Seven and Nine News. The program last night farewelled Erin Barnett with an audience of 700,000 watching. That was up a little on the previous Wednesday of 683,000.

Seven News was a big winner in all markets except Melbourne and Sunrise toppled Today again.

Seven’s Big Bash League featured the clash between Adelaide and Melbourne Stars with the first innings on 436,000 and the second growing to 485,000.

After the News and 7.30, Sherlock performed best for ABC with 211,000. Later in the night Adam Hills was revelling in his Prince Harry moment and conducted a quiz on Australia during The Last Leg with 171,000 watching. 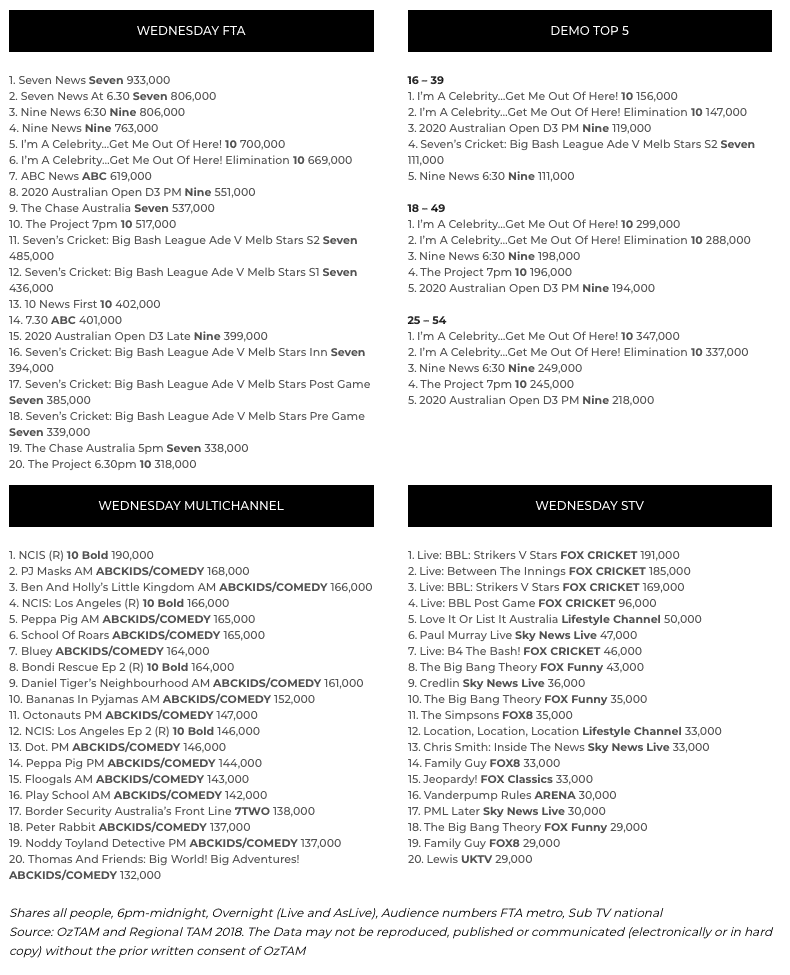