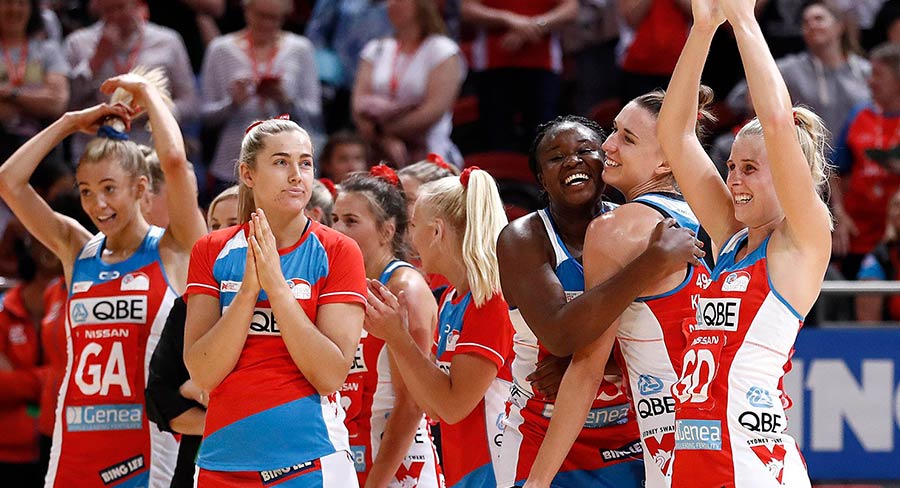 • As the popularity of women’s competitions and athletes continues to rise, so does engagement

A new season of Suncorp Super Netball started on the weekend with coverage on Nine drawing strong crowds on both days.

As the new season launched, Nielsen Sports has reported on netball and fan engagement.

As the popularity of women’s competitions and athletes continues to rise, so does engagement, influence and value to brands, broadcasters and rights holders. Suncorp Super Netball (SSN) is a shining example of this: it draws larger audiences across the season than any other women’s code and also has the largest percentage of female viewers.

Over one-in-five Australian adults (21%) are fans or consumers of Netball. The table below highlights that compared to the other major women’s codes, SSN fans are far more engaged, particularly when it comes to watching games on TV and attending games. These metrics are crucial for driving direct and indirect revenue for a sport. Brands are now more sophisticated in measuring the impact of their sponsorships and the value of potential partners. This highly-engaged SSN fan base makes SSN a very attractive prospect for brands looking beyond simply the reach of the sport.

The SSN competition is seen as social, family-orientated, youthful, Australian, and community-minded – all very attractive attributes for partners to align with. From Season 1 to Season 2, there was significant growth in SSN being perceived as ‘Australian’, ‘social’, and ‘a sport which people are proud to be associated with’.

The rapid growth in the number of women’s professional leagues and teams represents both opportunities and challenges for netball. The increase in women’s competitions has led to a sharp rise in media coverage for women’s sport, opening women’s sporting competitions up to new audiences. On the flipside, the increase in leagues and teams means SSN must compete harder for sponsors off the field and for athletes on the field.

The Netball World Cup this year is another opportunity to shine the light on netball, the growth of the local league and the quality of the talent from across the world playing on our shores. The sport’s stakeholders will be expecting another year of rising audiences and attendance.

Luke Lewis: Hanging up the boots and life at Fox League Last year Luke Lewis hung up his footy boots after 18 successful seasons of first grade NRL with both the Penrith Panthers and Cronulla-Sutherland Sharks including two premierships (2003, 2016), 17 games for NSW, and 16 for Australia. Now the former Blacktown junior says his biggest challenge is setting his own schedule.

“The hardest part of retiring has been coming up with my own scheduling after being told what to do for 18 years, it has been different but it’s been awesome being able to see my kids grow,” he told Mediaweek. “Although it’s good now that the season has started and being busy from Wednesday to Sunday, and educating myself in a different way when it comes to rugby league.”

Lewis, 35, spent the last few years of his career preparing for life after the game, by working part-time with Fox Sports, and this year began life as a full-time member of the media.

“The thing I’m looking forward to the most is all the young talent the game has coming through, and the opportunity I have to talk about it with the team at Fox Sports.”

He says he doesn’t miss playing yet, especially all the training, but knows that inevitably he will crave the game day feel.

“Definitely not missing the game yet, especially pre-season which can be pretty tough, it’s been amazing to get the chance to get the body right and relax. I’ll start missing that game day feel, that will be hard to ever replicate. But I’m looking forward to getting a chance to sit back and enjoy the game for what it is, and the opportunities that the game has given me.”

He joins the likes of Matthew Johns, Bryan Fletcher, Gordon Tallis, Mark Gasnier, Nathan Hindmarsh, and Braith Anasta as a former player now plying his trade weekly on Fox League. He says he is looking forward to being a part of a new team environment at Fox League.

Supercars night racing this weekend on 10 and Fox Sports The Supercars championship fight will go under lights when the Pirtek Perth SuperNight starts this Friday with coverage on both Network 10 and Fox Sports.

In a first for the series the Barbagallo circuit outside Perth will be lit up when Supercars drivers race into the night on Friday and Saturday.

Ford Mustang pilot and defending series champion Scott McLaughlin will be keen to continue his Perth domination but will have to contend with threats from with 2018 night race winner Shane van Gisbergen, the rise of Holden young gun Anton de Pasquale and the internal threat of team mate Fabian Coulthard.

Covering the action for Fox Sports will be reigning Bathurst 1000 champion Craig Lowndes, who will join Mark Skaife and host Jess Yates to give Foxtel customers insights and analysis across the weekend, plus Chris Stubbs with all the breaking news.

ON Network 10 the Supercars coverage is being hosted by 10 Sport’s Matt White and Garth Tander from Friday, 3 May across 10 and 10 Bold and continuing on Saturday, 4 May on 10.