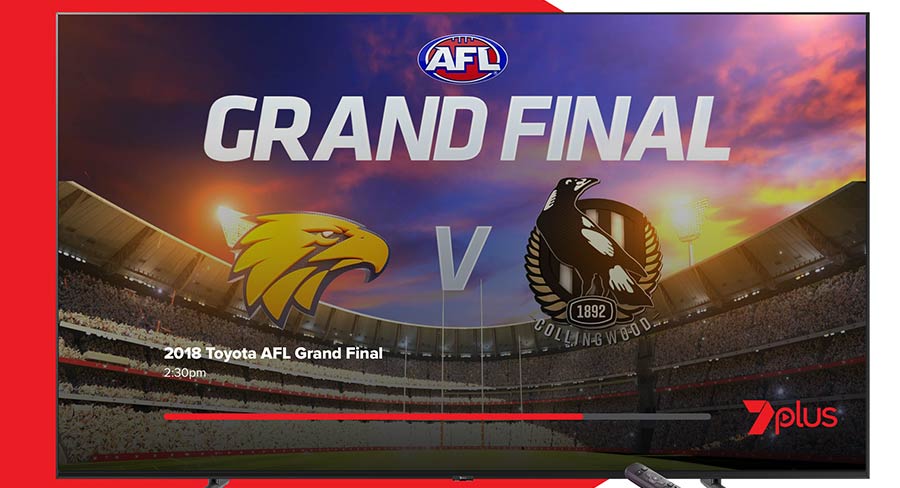 Seven will live-stream all its Grand Final coverage to Telstra TV, Apple TV, Fetch TV, PlayStation 4 and compatible android TV devices, which together account for over 70% of Seven’s connected TV live streaming.

“Watching Seven on connected TVs has exploded since we launched 7plus, making us the number one commercial FTA live streaming BVOD operator in the market, and it is only right that we give our audiences what they want – the biggest and best sporting final of the year on more of the screens of Seven.”