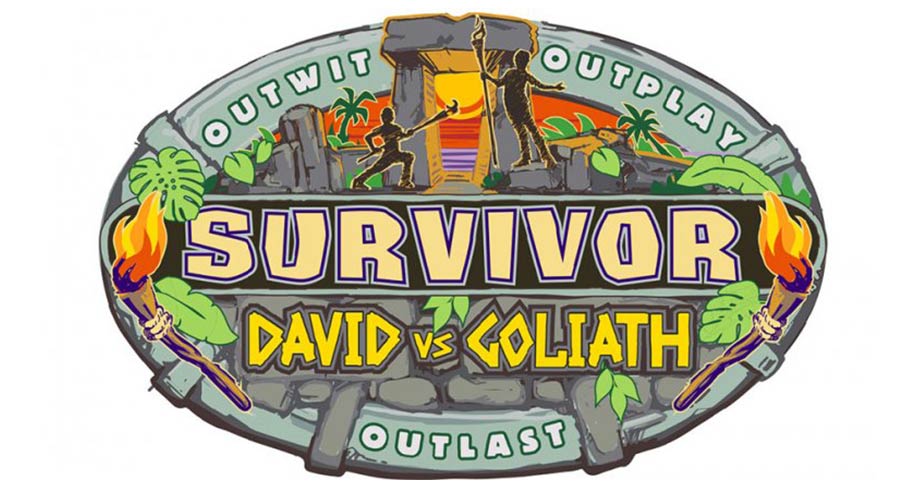 Survivor: David vs Goliath will prove you don’t have to be the strongest person out there.

David vs Goliath, the 37th season of the award-winning adventure reality series Survivor, premieres Thursday September 27 at 8.30pm on 9Go!

The new season will be fast-tracked from America with episodes available to watch just hours after the USA, from 4pm AEST the same day also on 9Now.

The most unpredictable season in Survivor history according to Nine, Survivor: David vs Goliath will prove you don’t have to be the strongest person out there if you know how to outsmart the other castaways, grouped into the “underdogs” and the “favourites”.

Returning to the Mamanuca Islands in Fiji, Survivor: David vs Goliath features 20 new castaways divided into two groups of 10. The “underdogs” who make up the David tribe have overcome adversity in their lives, while the “favourites” on the Goliath tribe tend to capitalise on their individual advantages and use them against their opponents.

“Goliaths often have visible advantages, which they use to their gain to ensure success, whereas Davids are often forced to rely on their secret weapons and use these advantages to overcome adversity,” said executive producer and host Jeff Probst.

“It’s two very different approaches to life, but Survivor is the great equaliser, because you never know which skill set will be most useful in this cunning game of social politics.”

This season’s castaways include a waitress, a robotics scientist, a truck driver and a police SWAT officer, who again, along with their tribes, will be forced to compete with the same ultimate goal: to outwit, outplay and outlast each other in an attempt to become the Sole Survivor, while revealing that every Goliath has an Achilles heel and every David has a secret weapon.