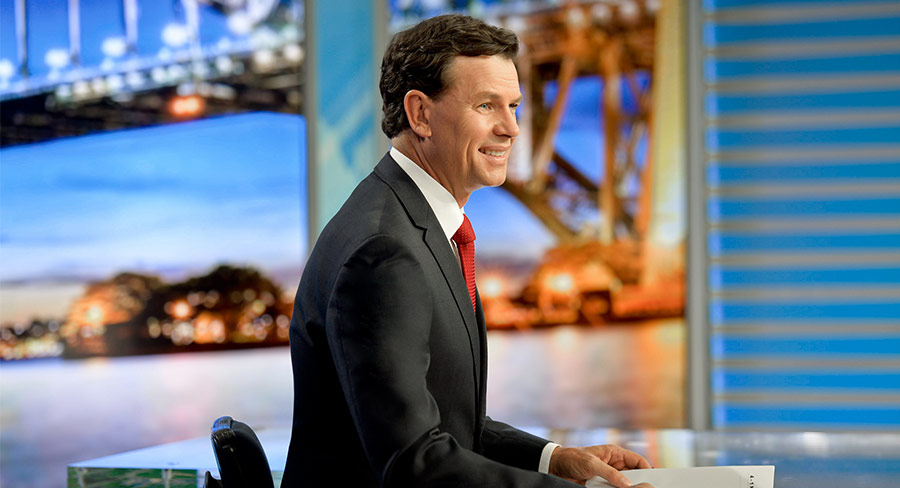 The Seven News presenter talks commercial pressures and the ratings battle in Sydney.

It’s been over 30 years since Seven News Sydney newsreader Mark Ferguson entered the media industry. However, life would’ve been very different for the well-known presenter had he not listened to his teacher in high school.

“When I was in year 10 in Tamworth, I wanted to be a country vet,” Ferguson told Mediaweek. “I did a lot of work experience with the local vet. I did about three weeks and I loved it. That was my plan of attack.

“Going into years 11 and 12, I did physics, chemistry and three-unit maths. By the end of year 11, I was failing physics and chemistry and wasn’t doing well in maths. The first time journalism popped its head up was when one of my teachers said, ‘You are good at English. You write really nicely. You are good in history and strong in geography. If you’re writing it down, it’s going well. If you’re adding up, it’s not going well.’ So in year 12, I started thinking about playing to my strengths and that’s when journalism started to appear on the radar.”

Ferguson got his start in regional Australia. Seventeen-year-old Ferguson joined NEN9 (now called Prime7) straight out of school as a cadet. His first job in a metro market was at Seven in Brisbane. In the early 90s, he worked as a London correspondent for Nine. “The best part of my career has been the journey – from being a 17-year-old who didn’t know much about journalism and the wider world to having travelled the world, met some fascinating people and covered some very big events – it’s been extraordinary.”

Being the presenter for the primetime news bulletin on a commercial network comes with its own pressures. “We are all aware of the ratings. They are in at about 9:20pm for me every single day. You certainly look at them each day. Anyone who says they don’t look at them might be telling a few porkies,” Ferguson said. “I take the number on board as a bit of a gauge, but I certainly don’t obsess about it.

“If you do see a fall in numbers over a period of time, that is cause for concern. That’s when in the commercial world, in TV or other industries, changes are made.”

He has experienced how the ratings dictate who sits behind the desk firsthand. During his days at Nine, he first hosted the weekend bulletins. He primarily got a taste of presenting news in primetime on weekdays in the non-ratings period at the end of 2004. This was when the tsunami disaster in Southeast Asia occurred. Ferguson’s work on this breaking story at the time was much appreciated by the viewers. Responding to this, the decision makers at Nine made him the host of the 6pm news bulletin in Sydney, replacing Jim Waley. “I went up to the big six o’clock chair quite quickly – a bit too quickly in hindsight,” Ferguson confessed. “That didn’t quite work out.”

With Nine News Sydney coming second to Seven News Sydney, which was presented by Ian Ross at the time, Ferguson was moved back to the weekends in early 2009. Peter Overton took over the presenting duties on weekdays. Later that year, Ferguson joined Seven as the weekend news presenter in Sydney.

“It is a very competitive industry – it always has been,” Ferguson said. “During my days on the road, I was competitive as a journo – trying to get that extra interview or get an exclusive angle to a story. It was an environment that I loved and thrived in as a young fellow. I am used to the competition as an older veteran these days.”

At the end of last year, Seven News claimed to be “Australia’s number one at 6pm, leading Nine News across the five major metropolitan markets”.

“I would like to keep on doing what I am doing and stay in that chair as long as the Sydney audience and my colleagues will have me.”

Despite having had a successful career in journalism so far, Ferguson has still kept in touch with the 16-year-old boy he was and his love for animals.

“I’ve got a bit of a farm with a few head of sheep and cattle. I love nothing more than getting a few hours out of Sydney, rounding them up and helping out where I can,” he said.