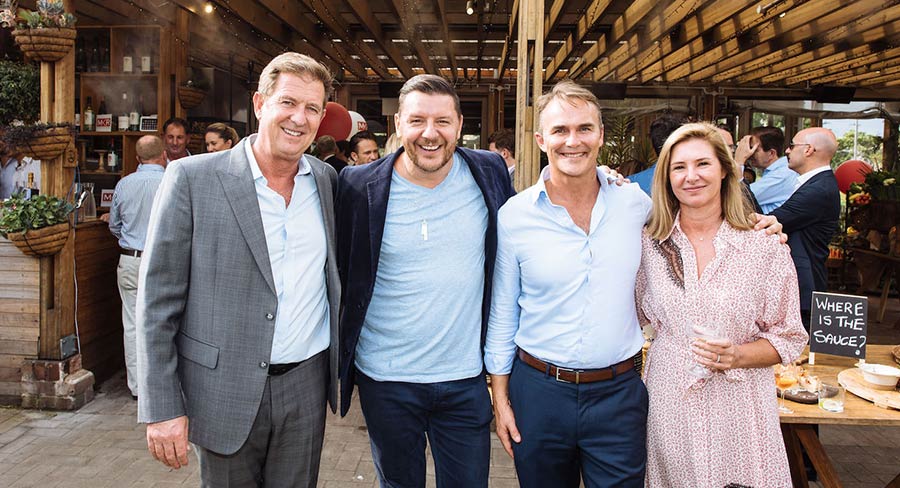 • Master of ceremonies this year was Seven veteran Larry Emdur.

The hit franchise My Kitchen Rules is Seven’s most successful non-sport or news product and it is only fitting that the company has united behind the series as it commences its landmark 10th season.

Not many broadcasters hold launch parties for programs these days, but Seven has maintained its tradition of a January function to celebrate the start of a new season of My Kitchen Rules.

The venue for these events change each year. With Seven head office recently relocated to Sydney’s inner-west, it made sense to be nearby. The launch function this year was held at Acre Eatery at Camperdown Commons. Master of ceremonies this year was Seven veteran Larry Emdur. He started hosting duties by telling the assembled audience of media, Seven stars and executives plus MKR contestants that he once had an idea for a cooking show.

“I went to Seven chief executive Tim Worner and asked if I could pitch him an idea. When he invited me in I told him the show would be called The Rice Is Right. Competing teams would steam rice and the best rice wins.”

The look on Worner’s face indicated he still didn’t think much of the idea.

Emdur then talked about what a success a good idea for a cooking show had become over the past decade – over 420 MKR episodes so far with the show being seen in over 160 countries.

He then called hosts Pete Evans and Manu Feildel onstage and discussed what they have in store for season 10. He later asked Colin Fassnidge to join them.

They reminisced how the series had started life with just 15 episodes in season one and had subsequently grown to close to 50 for each of the past few years. Evans and Feildel have been hosts throughout the journey, with Fassnidge joining in 2013.

The key executives behind the success of My Kitchen Rules were also on hand. The program started under executive producer Rikki Proost who went on to help launch the format internationally as Seven’s head of unscripted. He returned for season 10 in a more hands-on role.

Seven had four of the teams from this year to meet guests, and they looked like they’d already had good media training as they worked the room.

Seven talent out to support the 10th season included Sunrise’s David Koch and Sam Armytage. Kochie was with his wife Libby as they celebrate their 40th wedding anniversary this month.

Also on hand were Melissa Doyle and Matt Doran from Sunday Night, Sally Bowrey plus Ada Nicodemou, Emily Symons and James Stewart from Home and Away.