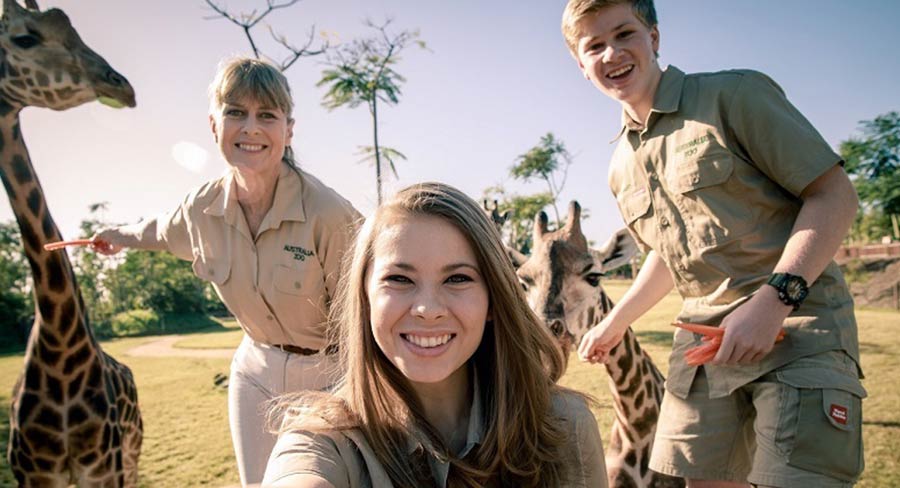 The series shares the work of the Irwin family – Terri, Bindi and Robert – as they continue Steve Irwin’s mission to bring people closer to animals and inspire people to become Wildlife Warriors, with their messages of wildlife conservation.

Their aim is to ensure an abundance of wildlife for generations to come. The season one finale of Crikey! It’s The Irwins will air in Australia, Saturday 2 February at 6.30pm.

“I’m so excited for the opportunity to film season two of Crikey! It’s the Irwins with Animal Planet,” said Terri Irwin. “I am incredibly honoured to be continuing Steve’s legacy and to be encouraging everyone to take a stand to help protect wildlife and wild places.”

“Our audiences have a front row seat for the Irwin family’s wildlife adventures, immersed in the sights and sounds of so many incredible animals,” said Susanna Dinnage, global president of Animal Planet. “We are delighted to be sharing their new and inspiring stories later this year with viewers all over the world.”

In the first season on Crikey! It’s The Irwins, audiences met a wide range of animals including a giraffe named Scarlett whom Terri transported 2,000km to participate in a breeding program – part of Australia Zoo’s conservation efforts; Cedar, a rescue koala that gave birth to a rare set of twin joeys, closely watched and cared for by Bindi and the team; and Graham, a huge crocodile originally rescued by Steve.

After months of croc-wrangling training, Robert finally got to feed Graham live at the Crocoseum at Australia Zoo, to the delight of visitors. The show also documented the family travelling to South Africa on visits to Balule and Entabeni Game Reserves; the Great Barrier Reef; and to the Steve Irwin Wildlife Reserve on Queensland’s Cape York for an annual crocodile research trip.

Crikey! It’s The Irwins launched globally on Animal Planet in more than 205 countries and territories and reached an estimated global audience of 36.2m – more than any other globally launched Animal Planet series.

The series is produced for Animal Planet by Sydney-based Eureka Productions, a company founded by TV producers Paul Franklin and Chris Culvenor.