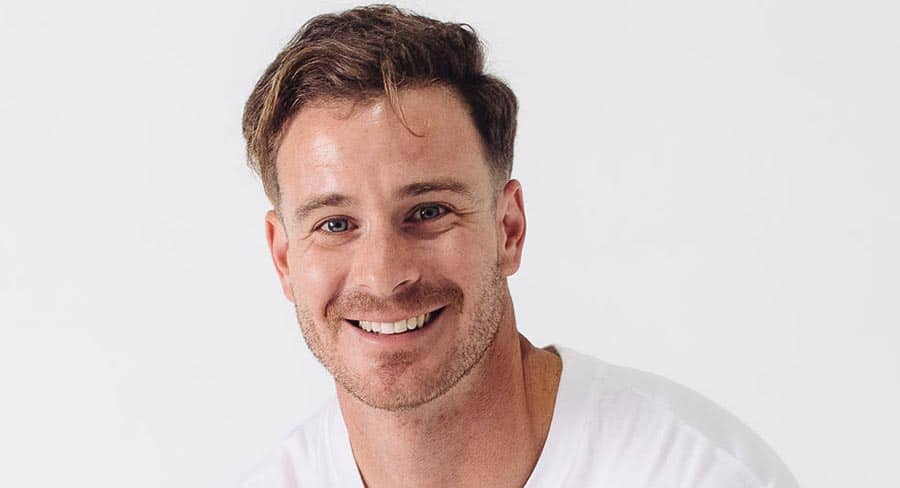 It’s been a tumultuous year for Men’s Health Australia, after Are Media (at the time still called Bauer Media) listed them alongside Women’s Health Australia as one of eight titles that they were cutting last July. In a stroke of luck, the license was picked up by the former publisher of Men’s Fitness, Sydney-based boutique publishing house Paragon Media. This week marks the jubilant return of both Men’s Health and Women’s Health, with the comeback issues released on Australian newsstands yesterday.

Mediaweek spoke to Scott Henderson, editor of Men’s Health, about how they’re coming back to the market stronger than ever.

Henderson says that while the road to Paragon has been rough, Men’s Health has found its feet with a publishing house that recognises the values of the iconic brand.

“What I’m happiest about is that he’s [Ian Brooks, CEO of Paragon] very audience-first, which as we can see with media organisations that are really thriving right now, that’s the way to go. It’s a great place to be, we’re really, really fortunate. It was a horrible way to get here but we are incredibly grateful that we are here.”

The change of publishing house has presented a fresh start for Men’s Health, and while the magazine will still largely be what audiences know and love, there will be a couple of changes.

“What’s going to be different now is that you’re going to see the brand grow beyond the pages,” Henderson said.

“Now we’re able to really focus on how men consume media, and expanding our brand in ways that are going to connect with more men and resonate with our specific audience.”

In an increasingly digital world, more and more publishers are opting to go 100% online. Henderson says that while it was an option, they were always going to return with physical copies.

“I definitely see the value in digital, and it’s something that we want to grow, but it also didn’t make sense with our audience. When the pandemic hit in march last year and lockdown hit, our physical sales of actual magazines went up by 40%, so there’s still a demand for the physical product. It’s also our anchor.

“We’re in a better position to create holistic content, so every time we do a cover story now, we can now create a video to go with that. We can have the QR code to shop Chris Hemsworth’s look so you can look like how he does in the photoshoot, you can scan the QR code that will link back to his workout on our website. When we do events, we don’t just want them to be events, we want them to be panel discussions that are then turned into podcasts, that are turned into video series. We want that 360 approach. However our audience are consuming their media, they’ll be able to connect with us.

“We basically want to create the Men’s Health ecosystem. It’s not going to happen overnight, but I’m extremely grateful that we’re under ownership that’s putting that infrastructure there for us to build on that.” 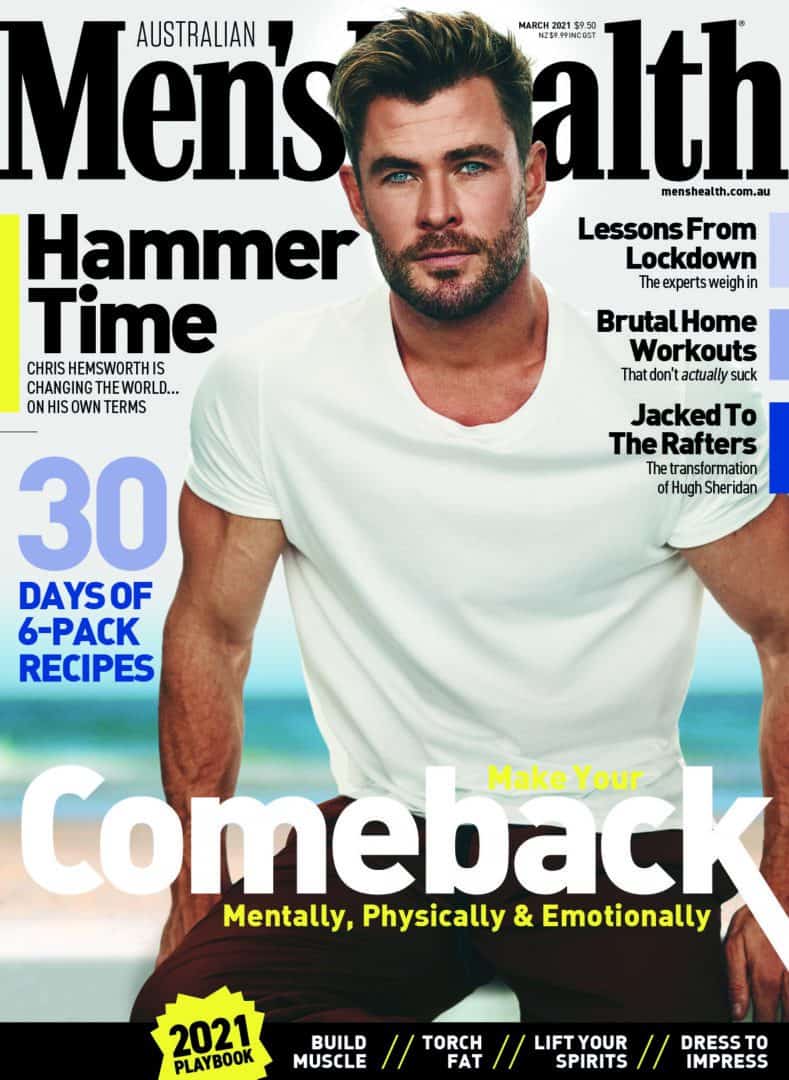 Creating a health magazine in a pandemic

Health is an important thing for people to focus on at the best of times, but during a global pandemic it becomes paramount. Henderson says that the COVID-19 pandemic was something that had to be taken into careful consideration when creating the magazine.

“The challenge we face is that things can happen by the minute. Especially with print, there could be a breakout tomorrow, Australia could go into lockdown, and all our gym content becomes irrelevant. So what we try and do is what we always have done and give information that can be taken and applied to most contexts, for most men no matter where they’re at on their health journey.

“For us, a huge focus has been on mental health because lockdown or not, the last year has taken a toll on everyone.”

“I would have loved to have done a documentary on the behind the scenes of putting this first issue together,” said Henderson.

“Our first day back on the job – it was the week before Christmas – and I was driving to the office. We all got there at 9am, and at quarter to nine I get a text from Chris Hemsworth’s agent saying ‘he can’t do the interview later this week, can you do it this morning?’. I asked, ‘when this morning?’ and they said ’10 o’clock’, so it was the most Men’s Health comeback you could ever imagine. One hour in we’re on the phone with Chris Hemsworth and we started pulling this issue together.”

After a bumpy ride and a lot of hard work, Henderson says that Men’s Health is ready to make the most of the opportunity that comes with this comeback.

“What’s exciting that we’re going to have a lot more local content which is great. Without giving too much away, people can just expect bigger. Bigger and a lot more brand extensions.”