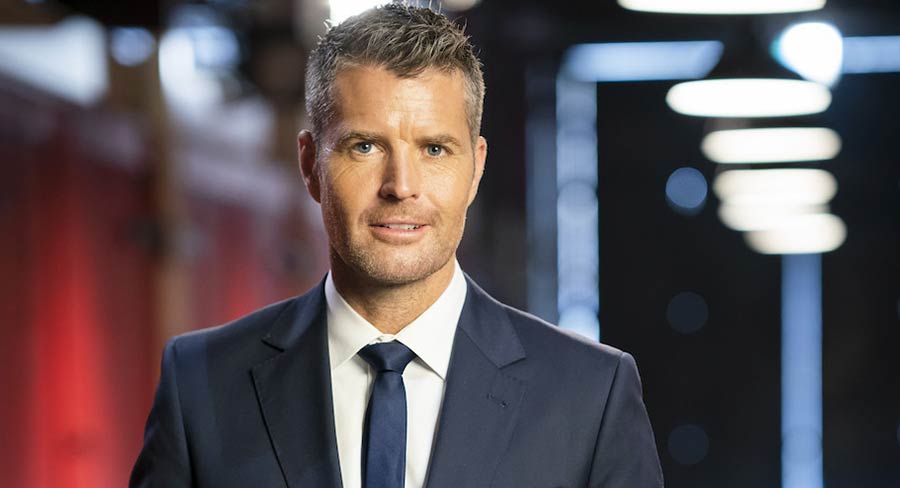 News media code to be rubber stamped by Senate inquiry

A Senate committee will rubber stamp the government’s proposed news media bargaining code legislation in a report to be released on Friday, returning the issue to Treasurer Josh Frydenberg to consider making amendments to placate Facebook and Google which have threatened to pull out of Australia, reports AFR‘s Miranda Ward and John Kehoe.

The Senate committee grilled the digital giants alongside news publishers in two separate hearings, one at the end of January and one earlier this month, on how the code is expected to impact both the digital companies and news media businesses.

Designed to level the playing field between traditional news media publishers and digital companies, the proposed legislation presses Google and Facebook to strike deals with publishers that would ensure news creators are paid fairly by the digital platforms for the value of journalism on their services, in line with a recommendation by the Australian Competition and Consumer Commission.

Parliament will sit for the next two weeks, meaning the legislation may become law by the end of the month. Labor is offering bipartisan support for the code.

This morning, Microsoft President Brad Smith posted a blog calling for the United States to consider adopting proposals like the News Media and Digital Platforms Mandatory Bargaining Code laws currently under consideration in Australia. The laws, often just referred to as the Media Code laws, aim to level the playing field between digital platforms and news publishers and seek to ensure a bigger and fairer share of online revenue for news organisations.

This follows on from a statement Smith made last week making it clear that Microsoft and Bing would never pull out of the Australian markets after Google threatened to leave  Australia if the Media Code laws went through without amendments.

Writing about the importance of social media in democracy, Smith wrote:

“Perhaps the most remarkable development in recent political history is not that Americans disagreed in 2020 about who to elect as president; it’s the fact that, after the election, so many disagreed about who had actually won.

“As in so many other instances, technology has been both a positive and negative force for democracy. It has created unprecedented opportunities for people to learn about events, share their views and even organize their efforts. It was only a decade ago that technology created optimism about democracy amid an Arab Spring. And, in 2015, when two extremist brothers in France brutally killed a dozen journalists at Charlie Hebdo, almost two million people in Paris used social media to organize a peaceful Sunday march to support democracy and a free press everywhere.

“But the last five years have also seen this tool become a weapon, and January 2021 unfortunately saw this come home to roost. Democracy’s cornerstone has always been the peaceful transition of power.”

Smith also asks readers to consider who both players in this debate should be serving.

“The ultimate question is what values we want the tech sector and independent journalism to serve. Yes, Australia’s proposal will reduce the bargaining imbalance that currently favors tech gatekeepers and will help increase opportunities for independent journalism. But this a defining issue of our time that goes to the heart of our democratic freedoms.”

BBC News banned in China over claims of bias

BBC World News has been banned from airing in China, according to the country’s main broadcasting regulator, reports the Hollywood Reporter’s Alex Ritman.

In a statement given to the official Xinhua news channel, the National Radio and TV Administration said that BBC World News had “undermined China’s national interests and ethnic solidarity” and accused its China reports of having “infringed the principles of truthfulness and impartiality in journalism.”

In response, a BBC spokesperson said: “We are disappointed that the Chinese authorities have decided to take this course of action. The BBC is the world’s most trusted international news broadcaster and reports on stories from around the world fairly, impartially and without fear or favour.”

The seemingly tit-for-tat decision comes exactly a week after British media regulator Ofcom announced that it had withdrawn a license for China Global Television Network to air in the U.K.

A news website and a Sydney radio station failed to get legal advice before publishing reports that breached a suppression order about George Pell’s sex abuse conviction, a court has heard, reports SMH‘s Adam Cooper.

Fourteen news outlets, including The Age and The Sydney Morning Herald, have admitted to a combined 21 charges of contempt of court for breaching a suppression order over reports published or broadcast in December 2018, in the days after Cardinal Pell was found guilty.

Representatives for four media outlets told the Victorian Supreme Court on Thursday their reports – on news websites Mamamia and Business Insider, 2GB and Channel Nine’s Today program – followed those in some of the nation’s leading newspapers, which on December 13, 2018 ran front-page articles and online stories that said a high-profile person had been found guilty.

But while newspaper editors discussed the suppression order with in-house lawyers before publishing, the court heard on Thursday that senior staff who approved the Mamamia and 2GB reports hadn’t seen Judge Kidd’s order and didn’t seek legal advice.

Defamation laws applied to Google, Facebook and Twitter should be as similar as possible to those that apply to traditional news outlets, Attorney-General Christian Porter says, reports News Corp’s Nicola Berkovic.

Porter said the business models of the social media giants were very similar to that of the traditional news media, in that they sold advertising to customers attracted to content.

“Yet the rules that apply to traditional news media, print and television are very different, more prescriptive — and safer, I would argue — than those that apply to digital platforms,” he said.

Porter said the laws that applied to digital platforms and traditional news publishers “should be as similar as reasonably possible”.

“Otherwise one business type is held to a higher standard and to a commercial disadvantage, and it’s just not fair,” he said.

Meghan Markle has convinced a UK judge Mail on Sunday violated her privacy by publishing parts of a letter she wrote to her estranged father in 2018 and that the tabloid is liable for copyright infringement, reports the Hollywood Reporter‘s Ashley Cullins.

The Duchess of Sussex in September 2019 sued Associated Newspapers, owner of the tabloid, for misuse of private information and copyright infringement after it selectively published portions of what she had written. The letter was first referenced in People and after that story was published, according to court documents, Thomas Markle gave Mail on Sunday a copy.

When the suit was filed, Markle’s husband Prince Harry, Duke of Sussex, wrote a lengthy statement about why he was fed up with the British press bullying his wife. The couple also pledged to donate any damages they receive from the litigation to an anti-bullying charity.

In response the tabloid had argued Markle had no reasonable expectation of privacy with regard to the contents of the letter (in part, because she’s a member of the royal family), that there was a public interest in publishing it because the People article was misleading and denied that it had infringed any copyright by reproducing parts of it. Justice Mark Warby wasn’t convinced.

Larry Flynt, a ninth-grade dropout who built a $US400 million ($518 million) empire of raunchy publications, strip clubs and “adult” shops around his sexually explicit magazine Hustler, and spent decades battling obscenity and libel charges as a self-promoting champion of freedom of the press, died Wednesday at his home in Los Angeles. He was 78, reports AFR’s Robert D. McFadden.

The cause was heart failure, said his brother, Jimmy Flynt.

More than three decades before David Hua joined SBS’s leadership team, taking over as director of audio and language content last December, he found the multicultural broadcaster to be a daily source of annoyance, reports SMH’s Michael Lallo.

“As a small child, I was very active and I just wanted to play with my parents,” says the veteran media executive, who spent 15 years in various roles at the ABC. “But at 3 o’clock every afternoon, they would stop to listen to the Vietnamese news on SBS Radio, which was a real frustration to me.”

Born in Vietnam, Hua and his family came to Australia via Hong Kong as refugees, living in the small NSW town of Temora before settling in Sydney. Thanks to his father’s Chinese heritage, Hua is fluent in Mandarin and Cantonese as well as English and Vietnamese. As he matured, he became an ardent listener of SBS Radio – which he is now in charge of.

Hua is also overseeing the launch of SBS Chinese, a new digital offering that incorporates and builds upon SBS’s existing Mandarin and Cantonese language services. (The sbs.com.au/chinese website goes live on Friday, to coincide with the start of the Lunar New Year.) Supported by an additional $2 million in annual funding, it features a mix of written articles, audio and short-form video, with content spanning breaking news and COVID-19 updates, to profiles and stories about food.

Pete Evans has announced he will join politics and run for the Senate with former One Nation senator Rod Culleton’s The Great Australian Party, reports News Corp’s Evin Priest.

Controversial celebrity chef and known anti-vaxxer Evans was announced as a candidate for the upcoming federal election in a statement from the party about 1am on Friday.

Friday’s confirmation comes about a month after Evans first teased the news on Instagram.

A senior producer of Channel 9’s Today show has been charged with sexually assaulting a woman at his Bondi home, report News Corp’s Perry Duffin, Mark Morri and Emily Macdonald.

Police allege the attack, which Tom Nicol “strongly’’ denies, occurred after the pair had been out on the night of January 29 and returned to his home.

The woman was taken by a friend to Royal North Shore Hospital in the early hours of the morning and police were contacted.

The court heard the pair, who had a common group of friends, were drunk and drugs could have been involved.

Nicol, 32, was arrested at his home on Tuesday night and appeared in Waverley Local Court on Wednesday where he was granted bail.

Reality star Abbie Chatfield has declared she is bisexual and may be gay, reports News Corp’s Jonathon Moran.

The I’m A Celebrity … Get Me Out Of Here! winner and former Bachelor and Bachelor In Paradise contestant said it had taken some time to work out her sexuality.

“I didn’t come out but have been saying I am bi for a year. I have been with women and I feel like sexuality is fluid. I don’t know either way. Some days you feel like you are gay.

Some days you feel like you are straight. I am most comfortable saying I am bi.”

Earlier this week on her It’s A Lot podcast, Chatfield told guest PeachPRC: “I think I am just gay”.