Roy Morgan Research has released the latest readership report for Australian newspapers for the 12 months to June 2017.

Roy Morgan is one of two research companies measuring newspaper readership. The other is emma.

This is virtually unchanged from a year ago.

While cross-platform audiences are steady, the results do show growing numbers of Australians are choosing to consume their news via digital platforms rather than through the traditional print format.

Stand-out performers in this latest report are:

The Sydney Morning Herald – the most widely read with cross-platform readership of 4,235,000 – is up 3.8% from a year ago, its increase driven by an increase in digital readership that more than offset the loss of print readers. 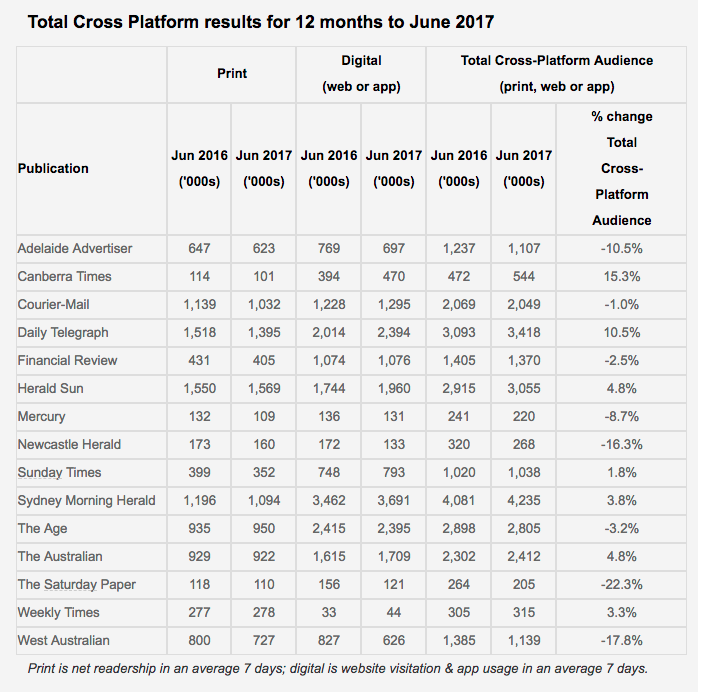