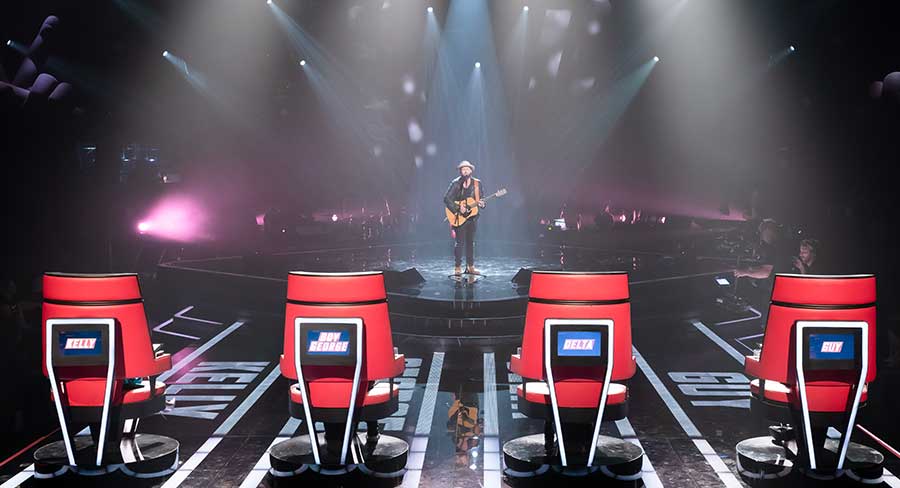 The Morrison government will introduce minor amendments to the news media code this week as the landmark legislation that would require Google and Facebook to negotiate with news outlets for payment is finally debated in parliament, reports Guardian Australia’s Amanda Meade.

The technical changes are not seen as significant by supporters of the legislation, as the core intent of supporting Australian public interest journalism remains intact.

Greens senator Sarah Hanson-Young said she would push for amendments to ensure that money earned by media companies through the code was invested in journalism, and not handed out as profits to shareholders.

“It’s good news that with the threat of legislation hanging over their heads, Google have begun to make fair deals with media companies,” she told Guardian Australia.

“This shows that the code is necessary to bring big tech companies to the bargaining table, and it must be passed.

“The purpose of the code is to protect public interest journalism in Australia.”

Tech giants Google and Facebook will have to pay an agreed annual lump sum to publishers for their news content, rather than per click or snippet, as part of a handful of minor changes to the government’s mandatory media bargaining code, reports News Corp’s Lilly Vitorovich.

The government will also simplify the requirements for Google and Facebook to give notice of algorithm changes, which had been a key sticking point of the tech giants over the code.

As Google continues crunch talks with a raft of publishers, Treasurer Josh Frydenberg and Communications Minister Paul Fletcher said the government would this week introduce five “technical” amendments to the landmark code.

The amendments will also clarify the information which the competition regulator, ACCC, can provide in the arbitration process, in a bid to give parties greater confidence.

Rudd to appear at Senate inquiry on media diversity

At the Senate media diversity inquiry former prime minister Kevin Rudd gets star billing before morning tea, where he will have the chance to nurse a cuppa and a Scotch Finger while glowering at the inquiry’s next witnesses, News Corp’s mono-tonal executive chairman Michael Miller and his consigliere Campbell Reid, the group executive, corporate affairs, policy and government relations, reports The Sydney Morning Herald’s Samantha Hutchinson and Stephen Brook.

Thankfully the committee will also have the pleasure of Guardian Australia’s editor Lenore Taylor talking down to them after lunch. Meanwhile, Rudd’s media guy Jared Owens has made a submission. He used to be a journalist at News Corp’s The Australian. That’s quite the leap.

Owens’ submission says it is made in a private capacity and that he is its “sole author”. In case anyone was wondering. Apart from musing about how to fix the broken media ecosystem, Owens recounts claims that The Courier-Mail failed to publish a story about Pauline Hanson’s controversial suggestion that autistic children be removed from mainstream classrooms.

Property listings company ­Domain insisted it has no plans to return any of the Federal Government’s $8.3m in JobKeeper cashit received over the past year, even as it unveiled a surge in first-half profit, reports News Corp’s Ben Wilmot.

The property listings player was punished by investors worried about rising costs, with the benefit of the federal government’s JobKeeper scheme set to roll off in March.

Domain received a total of $8.3m in JobKeeper, with $1.8m relating to the last financial year, but gave no indication it would join the ranks of companies such as Super Retail Group or Nick Scali paying the government back despite earnings growth in the half.

Domain’s first-half earnings of $54.5m were 19 per cent up on a year earlier and came in 6 per cent ahead of market consensus, but the stock fall was attributed to concerns about costs. Shares slid by 6.8 per cent early Tuesday as it cited continued COVID-19 uncertainty for delaying its dividend until its full-year results.

2020’s rescheduled Screen Forever Conference has opened online, having ‘pivoted’ from earlier plans to be staged on the Gold Coast, reports TV Tonight.

The Welcome also featured Queensland Premier Annastacia Palaszczuk who said, “This event is about showcasing the very best of our industry, over the next 3 days, you’ll get a taste of what makes Queensland one of the worlds sort after destinations for the screen industry,” and Screen Queensland CEO Kylie Munnich. Delegates will watch sessions including TV executives, showrunners (including from The Handmaid’s Tale and The Queen’s Gambit) and funding bodies.

It also features 98 industry leaders from Australia, New Zealand, Canada, UK, USA, France, Germany, the Netherlands, and Singapore hearing pitches at Ready, Steady, Pitch!, Together with Screenrights Roundtables this represents over 1,400 opportunities for delegates to sell their content and production services.

The Writers Guild of America has announced its nominees in the categories of original, adapted and documentary screenplay for the 2021 WGA Awards, reports The Hollywood Reporter‘s Hilary Lewis and Borys Kit.

The original screenplay nominees are Judas and the Black Messiah, Palm Springs, Promising Young Woman, Sound of Metal and The Trial of the Chicago 7.

Adapted nominees are Borat Subsequent Moviefilm, Ma Rainey’s Black Bottom, News of the World, One Night in Miami and The White Tiger.

Doc nominees are All In: The Fight for Democracy, The Dissident, Herb Alpert Is, Red Penguins and Totally Under Control.

None of the WGA’s documentary nominees, except for All In, landed on the Oscars’ best documentary feature shortlist, unveiled last week.

Filming to start on The Voice 2021

Filming will begin on The Voice for Seven on Friday, reports TV Tonight.

Blind Auditions begin on Friday and continue Sunday, Monday and Tuesday, when the 4 coaches will also record their group performance.

Filming will continue into March with the 13 part series expected post-Olympics.

Disney+ has greenlit its first slate of European originals, including projects for its international brand Star, which launches in Europe later this month, reports The Hollywood Reporter’s Alex Ritman.

The new titles — revealed almost a year after Disney+ officially launched in Europe — take Disney a fifth of the way to hitting its target of commissioning 50 productions on the continent by 2024, a goal that was announced at the studio’s investor day in December. The Hollywood Reporter understands that Disney+ is also readying a slate of U.K. originals.

More than 3500 musicians and art workers have urgently petitioned the federal government to extend JobKeeper or introduce an industry specific wage subsidy package to save the live music industry from a “catastrophic” decline, reports News Corp’s Kathy McCabe.

Missy Higgins, Midnight Oil, Bernard Fanning, Lime Cordiale, Something for Kate, and The Avalanches are among those who have added their name to the open letter pleading with the Government to save the live events industry from falling off the COVID cliff.

The cycle of border closures and restrictions to mass gatherings – which aren’t sporting fixtures – have crippled the industry’s attempts to restart after 12 months of inaction.

The open letter sent to the Federal Government this week applauded the efforts of government to control local transmission of the virus and expressed gratitude for the $250 million grants package to stimulate the recovery of the sector.

But artists, promoters, venues, and crew can’t plan that restart.

Michael Cheika wants to offer valuable insights and analysis but says he will refrain from judging or criticising the game’s characters on or off the field during Nine and Stan Sport’s rugby coverage this year, reports The Sydney Morning Herald‘s Tom Decent.

After five years in charge of the Wallabies, one of Australian rugby’s most polarising and passionate figures has taken up a fresh commentary role alongside another highly opinionated figure in former Wallabies great David Campese.

Cheika will continue his role as head coach of Lebanon’s rugby league team and feels he has plenty to offer behind the microphone, having made a handful of UK appearances in recent years for BT Sport and the BBC.

Few would have predicted Cheika to pop up in the media once his coaching days were over, however the man who helped the Wallabies to a World Cup final in 2015, assures his latest career move is driven by personal development and a desire to see the code flourish.