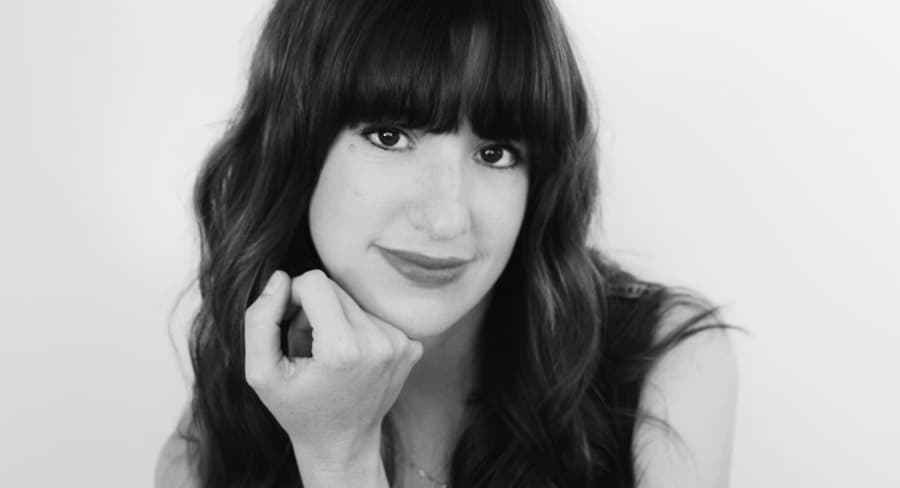 • “There is an opportunity to grab people”

In late January of this year, Are Media appointed Melissa Mason as digital editor of its heritage fashion brands ELLE and marie claire.

Mason has more than ten years of print and digital experience. Prior to joining Are Media, Mason worked at Broadsheet Media as content director, Pedestrian Group as managing editor and senior style and features editor, and was editor of News Corp’s Primped.com.au.

For more than two years she worked at Pacific Magazines as features and beauty editor for Girlfriend and Total Girl and began her career at Bauer Media (now Are Media) where she was a beauty writer.

Her career came full circle with her return to Are Media and Mason told Mediaweek it has been a whirlwind but a good one and described the role as her dream job.

“These two jobs are amazing fashion legacy titles with international recognition of being at the front of the fashion game and for talking to women in a smart way, and I thought that is where I have to be.”

Mason said that while she wanted to work in magazines the fact that it was a digital-only role drew her to the job.

“I have a magazine background, but I think digital is where I have really grown and set my career. I wanted to bring my background and experience to these two titles.”

Mason is splitting her time evenly between the two brands with both sharing the same team of writers, with Mason’s team completely separate from the magazine staff.

“I thought having the one team would be a confusing element, but it makes for great content. The team has worked on both brands since they became part of Are Media and they are able to differentiate between what feels like an ELLE story and what feels like a marie claire story. It is a case of day-to-day and ensuring that both sites are receiving equal love.”

Mason said she sees the two as sister sites, but both have their own distinctive and separate brands.

“ELLE skews slightly younger and marie claire skews slightly older but both have a strong interest in style, curation and considered content. It is a case of ensuring I am not leaning too much one way or another.”

Working with the magazine team

While ELLE is digital-only marie claire has two separate teams – one for the website and one for the magazine. Mason said that while these are separate products she works closely with marie Claire editor Nicky Briger to make sure the site reflects the same core values as the magazine.

“There is definite synergy with marie claire digital and print but they are separate entities within the business, sometimes the print team will contribute to the website but that is not their main focus.” 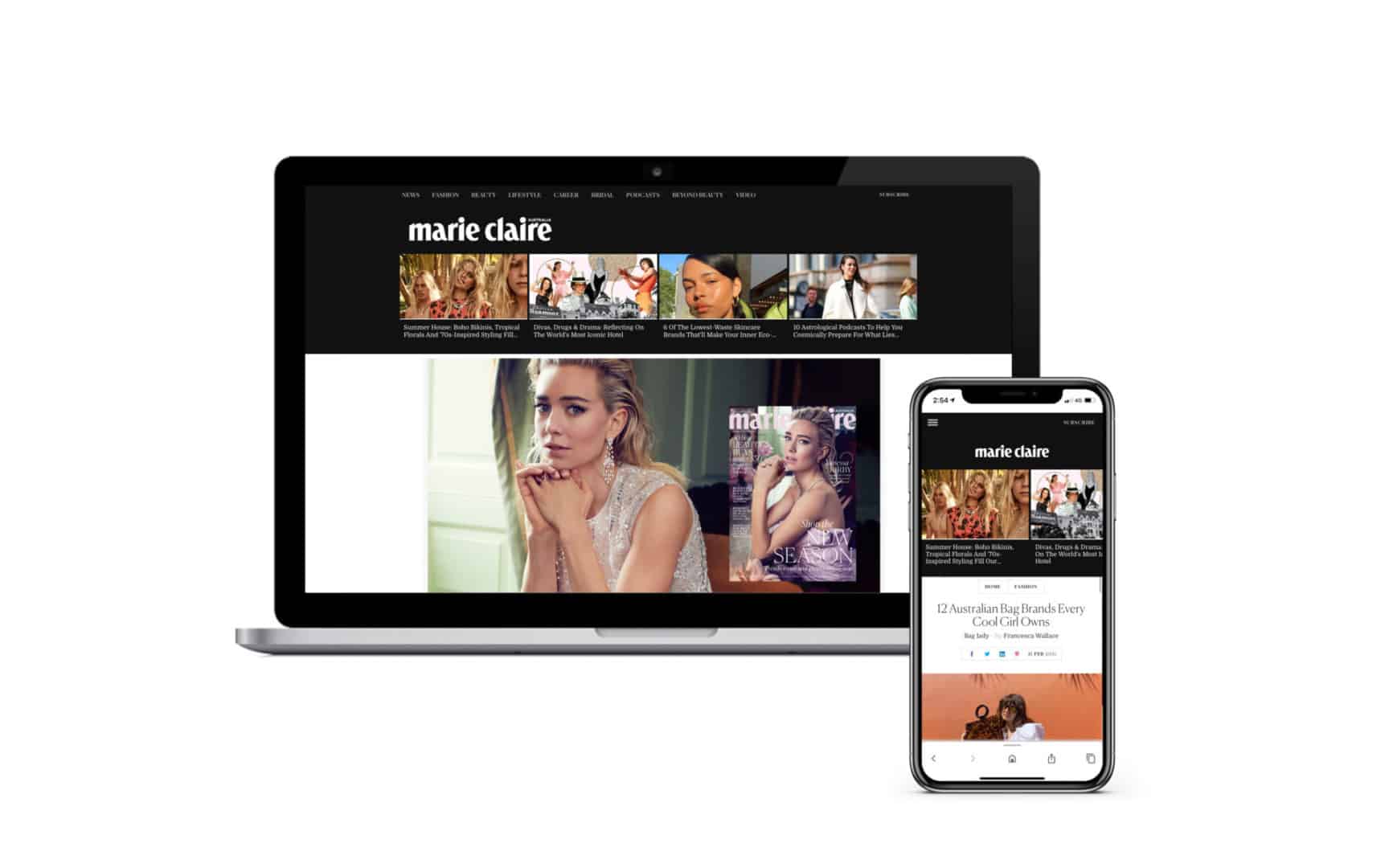 With ELLE ceasing its print version in 2020 Mason said that the now digital-only product won’t change what the ELLE brand is.

“We still have a really good relationship with Lagardère, which is the international owner of ELLE, and are already discussing with them ways that we can tap into content from around the world that Australians love. We are still going to bring readers longer reads, articles that inspire the reader, and give them shopping intel.

“The digital space is so different now and there was the thought that everything digital had to be quick hit pieces, but more and more we are seeing readers want to engage with longer original content. We will continue to do what the magazine did, but this will be the digital version of that.” 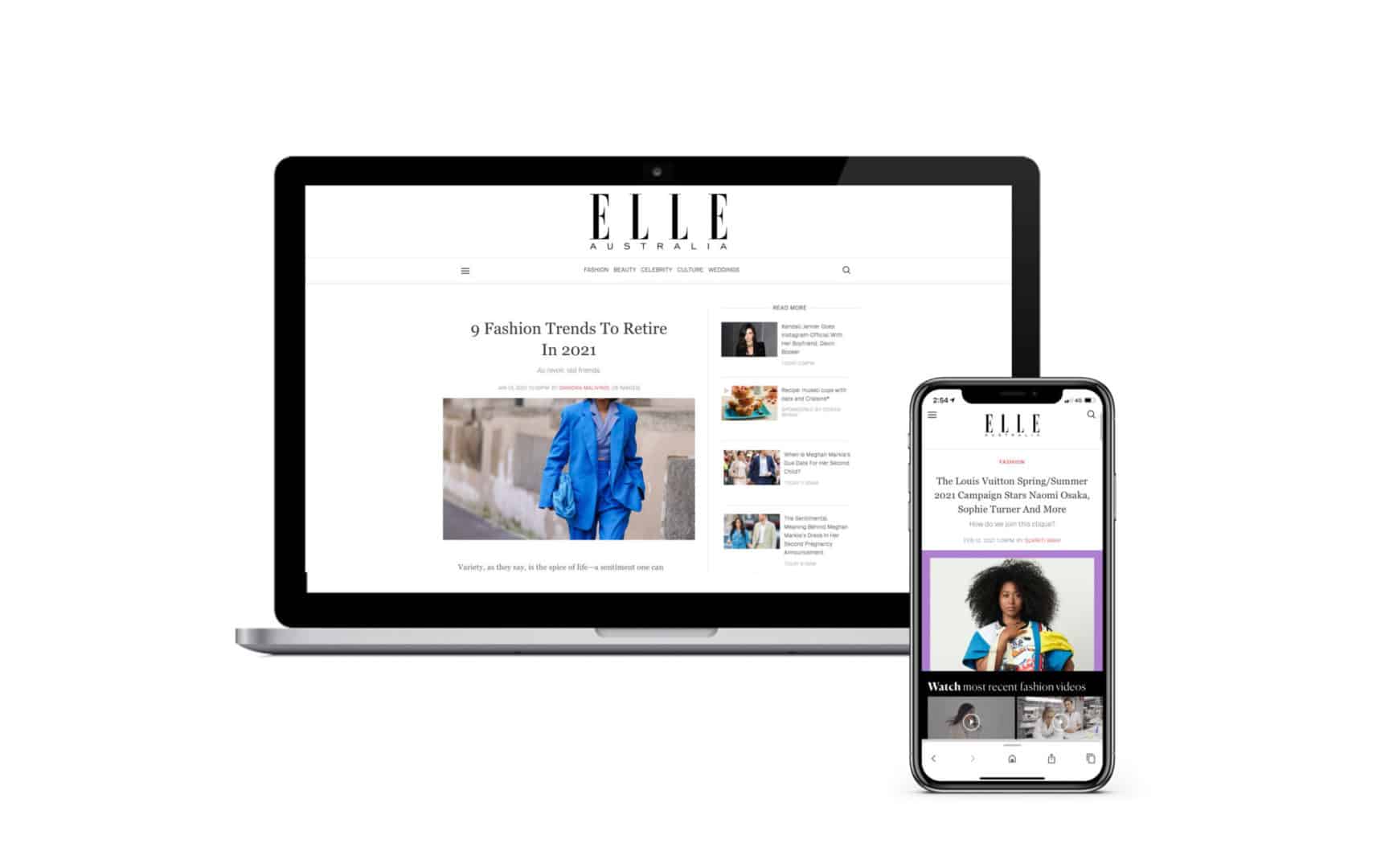 Mason admits that her new crop of sites and Pedestrian TV could not be more different, and while people might ask if she is going turn the sites into another Pedestrian, she can confirm that’s not the case. Although Mason admits she will borrow some lessons from her time there.

“Pedestrian at its core does really well at engaging its readers. The reason for that is that we were doing conversational headlines and you wanted to tag your friends in those headlines and then read the article.

“I will be focusing on tone and using this team of writers and their writing skills to bring that tone out of the site. There is the opportunity to grab people with headlines and to give them content that they will read to the end because they love the voice of these sites.”

Goals for ELLE and marie claire

Mason acknowledged that both brands were doing well before she took her role, one of her goals for this year was to make a clearer distinction between ELLE and marie claire.

“With ELLE I would like to continue the great work but bring in longer conversational content. Examples could be Man RepELLEr and The Cut, sites where people love fashion and beauty but want to talk about it not just be delivered the trends. ELLE has an amazing international tone of being irreverent and that little bit cheeky but also premium and whip smart.

“marie claire has already been doing this, so with its site I would like to do what ELLE has been really good at and bring in that curated style with how and where to shop for trends and how to incorporate them into your wardrobe.”

Mason said that she wants both sites to be considered go-to destinations for fashion shoppers.

“I want to make both sites shopping destinations. When you want to know what to buy’ these are the two sites you come to. You go to ELLE for that trend driven addition and you go to marie claire to understand how to make that capsule wardrobe for your work life.”