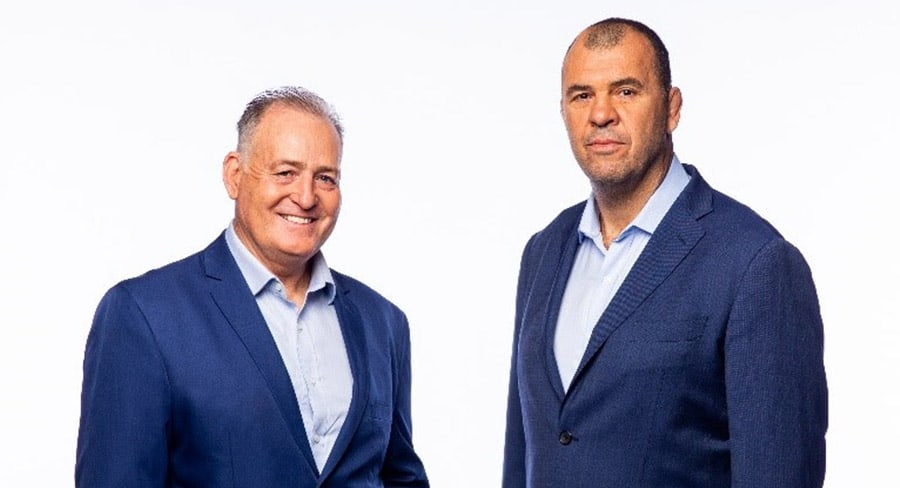 • Experienced commentators Sean Maloney and Andrew Swain are also on board

Michael Cheika was the World Rugby Coach of the Year in 2015 and remains the only coach in Rugby to have claimed major provincial titles in both the northern and southern hemispheres, coaching Leinster to the Heineken Cup title in 2009 and the Waratahs to the Super Rugby title in 2014.

David Campese, renowned as one of the greatest players to ever play the game, starred in 101 Test matches for Australia, and redefined the way Rugby was played. He remains one of the most recognised players in the world.

Experienced commentators Sean Maloney and Andrew Swain are also on board to call every kick, try and tackle this year.

Campese and Cheika join the stacked commentary lineup as featured experts and will deliver analysis and insight into the game – drawn from their years of experience playing and coaching at Rugby’s highest level.

David Campese said: “I’m really looking forward to getting back into live Rugby commentary and to passing on my knowledge and analysis to the informed and passionate Australian Rugby community. It’s the start of a new era with Stan Sport and I’m grateful to be part of it”

Michael Cheika said: “I am excited about how Australians will be watching Rugby as the game moves into a new era with Stan Sport and Nine. I’m eager to get started with the new Stan commentary team and to share my passion for Rugby with loyal fans and newcomers alike. We’ll be bringing greater coverage to the game, with deeper insight into every match – from Rugby’s grassroots soul all the way to the brilliance of the international level.”

Stan recently announced its add-on Sport package will be available for $10 a month and is the only place to watch every match. Viewers can enjoy Rugby ad-free, live and on demand and can pre-activate the Sport package now to get a 30-day free trial for a limited time only. The 30-day free trial will start when Stan Sport launches.