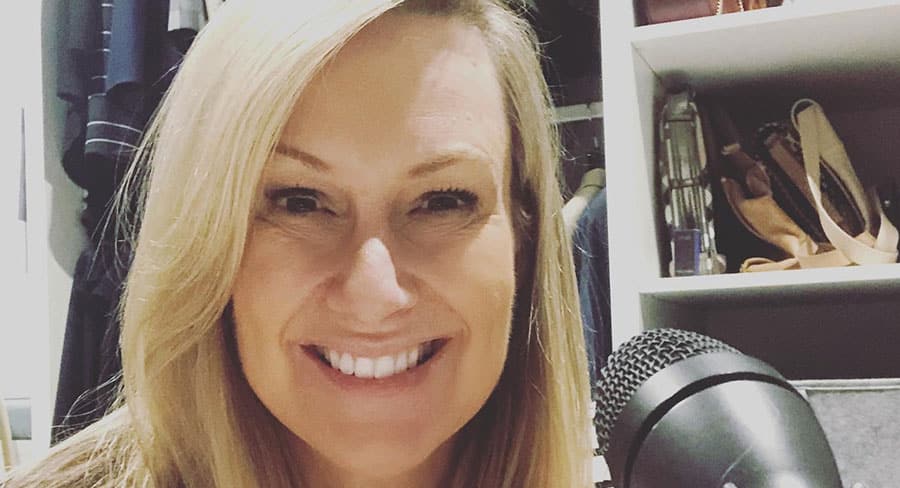 Showing the way forward in the early days of working from home (#WFH) were on-air teams from Nova’s Fitzy and Wippa to KIIS FM’s Kyle and Jackie O to 3AW’s Ross and John.

Mediaweek, under #WFH conditions of course, spoke to Nova Entertainment chief technology officer Matt Steadman about how the company had adapted to the new normal.

“Previous to this crisis we have always had plans in place should announcers become ill,” Steadman told Mediaweek. “We have always understood we have had the tools and the talent to deal with whatever eventuates. But this situation has impacted an entire industry that has had to pivot very quickly to operate differently.

“Getting announcers to work from home on very short notice plus general office and admin staff also working from home, something that was organised in a 72-hour period, was quite a ride.”

Despite the technical and logistical challenges, Steadman noted “it all went reasonably well”.

Some Nova Entertainment staff have had a few tech challenges, but Steadman said they weren’t necessarily NBN-related, noting the broadband service had held up well for them. “We have been pleasantly surprised by the ability to carry out work from home, even when much of the country is online working from home.” 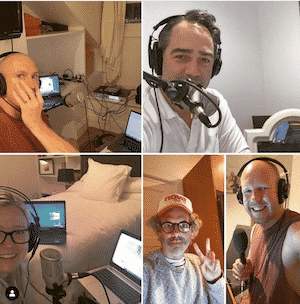 When it comes to broadcast kit that announcers need to work from home, Steadman said that can depend on the announcer. “Nowadays it can be just as simple as someone’s mobile phone. We do have announcers on air now from home where all we have done is ship them a microphone and headphones that plug straight into their mobile phone and the Nova technology allows us to connect them from there.” 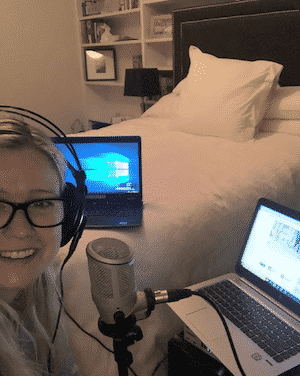 He noted that most shows across the Nova and smoothfm networks continue to operate with at least one person still in the studio. “We still really need someone to push the buttons. We can offer more sophisticated kit for announcers at home who might want to do things like sound effects etc. There is a sliding scale of equipment we can deploy.” 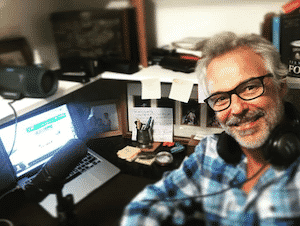 There has been a run on audio equipment and suppliers have been out of stock of some items. Nova has been using microphones from its on-air studios as there has been less demand for their use. “In times like this we are not too fussy – as long as the audio quality sounds acceptable, we will use it.”

Steadman said a good rule of thumb when it comes to microphones is the more you spend, the better the quality. “A couple of hundred dollars will get you something that sounds really, really good. Listeners understand if people aren’t in studios it will sound a little different.” Nova Entertainment’s primary remote communication tool is Microsoft Teams. “We were very well set up for people to join meetings from wherever they may be. Zoom also works well for others, but we haven’t had a need for it.”

It is expected that crisis management plans will be very different in the future. “All broadcasters will take a lot of learnings from this,” said Steadman. “Most of them will be quite positive when we all review what we have been able to achieve at very short notice. Over time we will detail what worked and what didn’t work which will put us in better shape than we have ever been.” smoothfm afternoon announcer Simon Diaz – outside and inside his caravan solution

Steadman listed Tom Ivey, breakfast EP for Sydney breakfast show Fitzy and Wippa, when it comes to those most enthusiastically grasping the remote broadcasting opportunity. “Tom had to broadcast out of the back seat of his car because he didn’t want to wake up the small children sleeping in the house. It was a challenge for him, but the creative solution actually worked very well.”

smoothfm’s Ty Frost has also risen to the #WFH challenge: “Ty has equipped himself with a good set up, claiming there a few things he can do from his home studio that he would like to be able to mimic in the main on-air studio. A lot of announcers are audio nerds.” 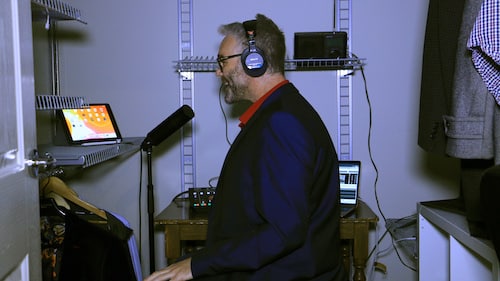 Steadman said the nerds didn’t always need to clear their home solutions with the chief technology officer first. “We trust our good staff and give them some leeway.”