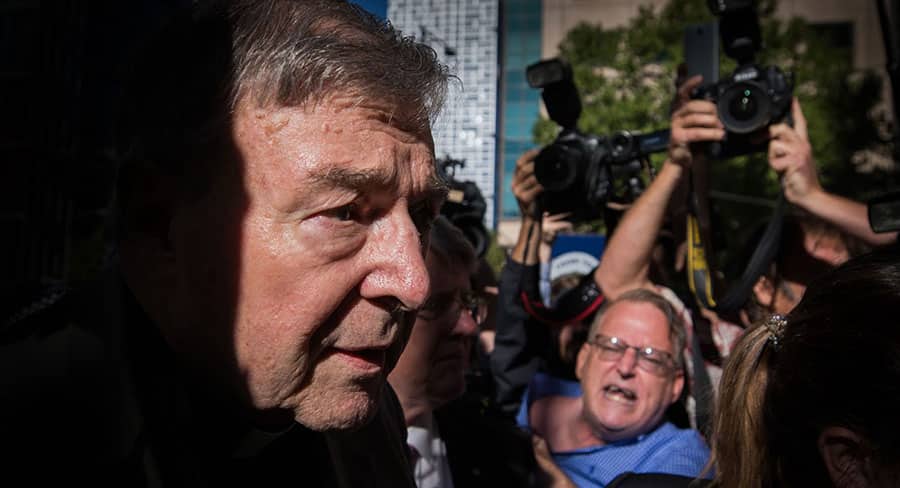 Southern Cross Media has secured the bulk of its proposed $169m capital raising to cut its $330.5m debt pile during the coronavirus crisis, as the media industry grapples with a big drop in advertising revenue, reports The Australian’s Lilly Vitorovich.

The group, which operates radio stations Triple M and Hit Network, announced on Tuesday it had raised $149m from institutional investors, as part of its fully underwritten placement and entitlement offer.

Southern Cross said on Tuesday the 9c a share placement attracted “strong demand” and the institutional entitlement offer had a take up rate by institutional shareholders of approximately 92 per cent.

The group, which hasn’t traded on the ASX since its request for a trading halt on March 23, saw its shares drop more than 27 per cent to 12c on Tuesday afternoon following the capital raising. It has a market capitalisation of $92.3m based on the current share price.

Seven West Media has provided detailed information about its West Australian Newspapers business to interested parties, including details about potential synergies available for a new owner, reported Talk in The AFR.

Seven West sent a document that pitched WAN as the dominant print and digital media business in Western Australia, printing more than 2.25 million papers and catalogues each year.

The document said WAN was on track to record $20 million in earnings in the 2020 financial year on $180.8 million revenue. It said costs were likely to be $157 million in the year to June 30, more than half of which was to pay the unit’s personnel.

Sources close to Seven West said WAN was not for sale – and the information was provided in response to inbound inquiries.

This is the ultimate expression of justice in Australia. The High Court has acted with a single purpose – to bring clarity, certainty and finality to this case, reports Paul Kelly in The Australian.

Cardinal George Pell is innocent of the sexual abuse convictions against him. He was wrongly convicted, jailed and vilified.

many opinion-makers made grievous mistakes. But none remotely has the culpability of the ABC in its relentless, biased and prejudiced campaign against Pell lasting for many years.

These institutions served neither justice nor the interests of victims of child sexual abuse. Putting up and campaigning for such a flawed case carried the high risk of this outcome – years of trials, appeals, personal aggravation and disputes that diminished everyone.

ABC journalist Louise Milligan, who authored the book Cardinal: The Rise and Fall of George Pell, asked her Twitter followers to “Hug your children” when the High Court published its judgment on Tuesday.

As an investigative journalist for 7.30, Milligan ran allegations of abuse by George Pell and won two Quill awards from the Melbourne Press Club, including the Gold Quill for best story of the year.

An ABC spokesman said: ‘The ABC has – and will continue to – report accurately and without fear or favour on stories that are in the public interest, including this one,’ We stand by our reporters and our stories.”

Cardinal George Pell is innocent. Shame on all those who persecuted him in one of this nation’s greatest miscarriages of justice, writes News Corp’s Andrew Bolt.

The High Court judges yesterday spokes with one voice – seven to zero – that Pell should never have been convicted of the improbable rape of two boys in his Cathedral.

Shame on the ABC, our national broadcaster, for hysterically pushing damaging claims against Pell that all turned out to be too absurd to lead to charges, or too flimsy to go to trial, or, now, too weak to survive an appeal.

Shame on Melbourne University Press for publishing a bestseller on Pell by ABC journalist Louise Milligan which wildly accused Pell of many horrible crimes against children, not one of which has stood up to legal scrutiny, but fed the get-Pell hysteria during his trial.

No audience, no applause, no problem: show goes on for live TV

The gleeful grand finale of Dancing with the Stars was distinguished by good humour, genuinely affecting emotion and four finalists that scriptwriters might dream about, reports Debi Enker in The Age.

It was a winner, in spite of the unprecedented circumstances, because, in addition to the customary sparkles, coloured lights and eye-catching costumes, in these strange days of pandemic, there was no audience in the ballroom to cheer about the spectacle.

So the absence of an audience, especially for a show such as DWTS, which is all about colour, movement, music and family fun, could have a significant and detrimental effect. Yet it didn’t. It was actually stranger seeing the hosts standing apart from each other in a nod to social distancing. Otherwise, the show shone as brightly as its mirror-ball trophy.

In these pandemic-affected times, many productions that usually have studio audiences, such as The Project, Q&A, Shaun Micallef’s Mad as Hell and The Front Bar, have instead been playing to empty rooms – and even empty football grounds in the case of the first round of the AFL season.

A recent episode of Mad as Hell opened with a skit featuring the host going shopping for canned laughter, as notes he’d received from an ABC executive indicated that his show could use a boost in the absence of its audience.

House Rules contestants Carly and Andrew have quit the Seven show after one episode, incensed with a format twist that will eliminate two teams, reports TV Tonight.

The Queensland couple walked off the show last night telling producers they were unhappy with a first week challenge in which two teams will be eliminated after a Gold Coast penthouse renovation.

“This curve ball of two (teams) being eliminated has thrown me for six. I’m not a quitter, but this game has changed a lot,” said Carly.

“It’s no longer, ‘Get on House Rules, get your house renovated.’ It’s ‘House Rules-two-(teams) -get eliminated-and-then-the-rest-get-a-house-reno.’ It’s not what I expected at all.”

A producer was seen in the episode explaining the show’s new format twist.

“Do you understand that as part of a television process and making a show, shows change, shows evolve? Things change all the time?” the producer asked.