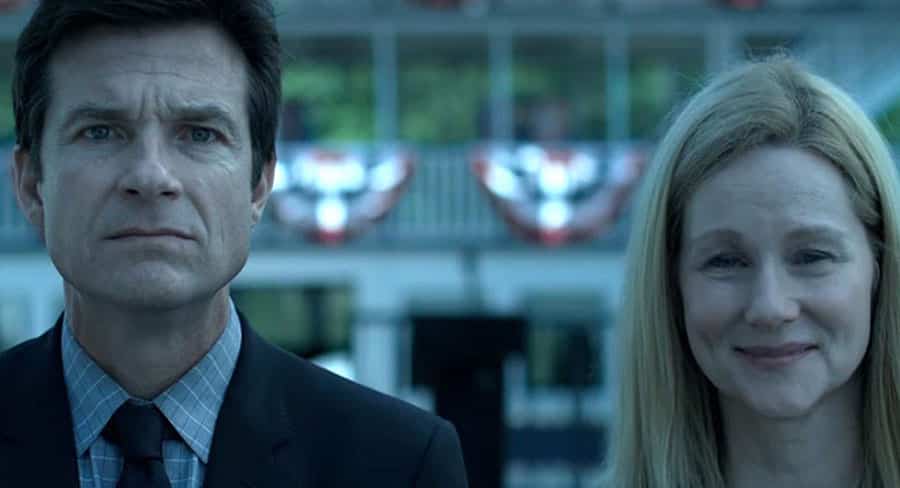 After a 2019 defined by the lack of movement at the top of the TV Demand charts, 2020 has begun to shape up as much more fluid as this week has seen more changes to the number one spots. There is a new Digital Original number one in Netflix’s Ozark, and Outlander is the new top show on top of the Overall TV chart in New Zeland. The only show still on top from last week is Brooklyn Nine-Nine which sits atop the Overall TV Demand charts in Australia for the third straight week.

The critically acclaimed Netflix Original Ozark released its third season on the platform on March 27 and it has quickly made its way to the top of the Digital Original charts. The show stars Jason Bateman (who also serves a director and executive producer) and Laura Linney (pictured) who play a married couple who have been forced launder money for a Mexican drug cartel after relocating to the Ozarks. The show has been compared to Breaking Bad and has currently released 30 episodes over three seasons.

Outlander has captured the top spot on the Overall TV chart in New Zealand after narrowly missing out on the number one spot in Australia. The show released the first of its 13 episodes of its fifth season on February 16. The series is created by Starz and is based on a book series of the same name by Diana Gabaldon and can be seen on Foxtel in Australia. The series follows Caitriona Balfe who plays a married former World War II nurse who is transported back to Scotland in 1743 and is caught up in the Jacobite risings. 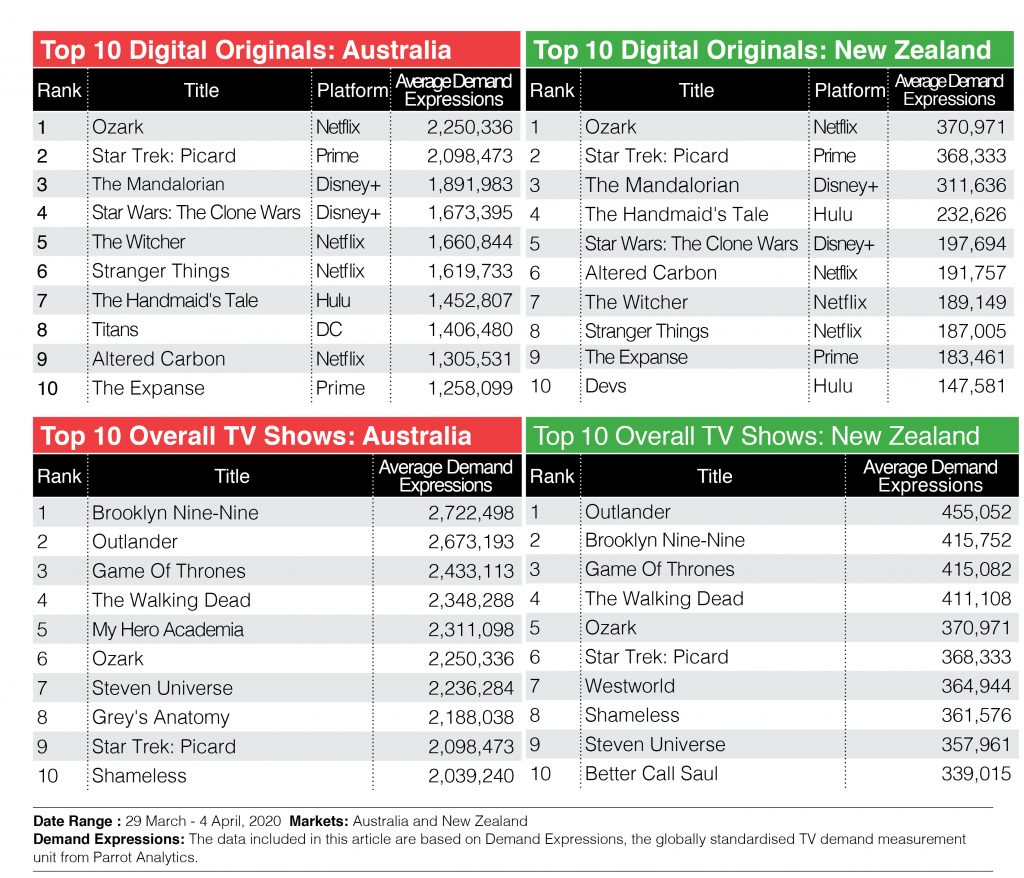