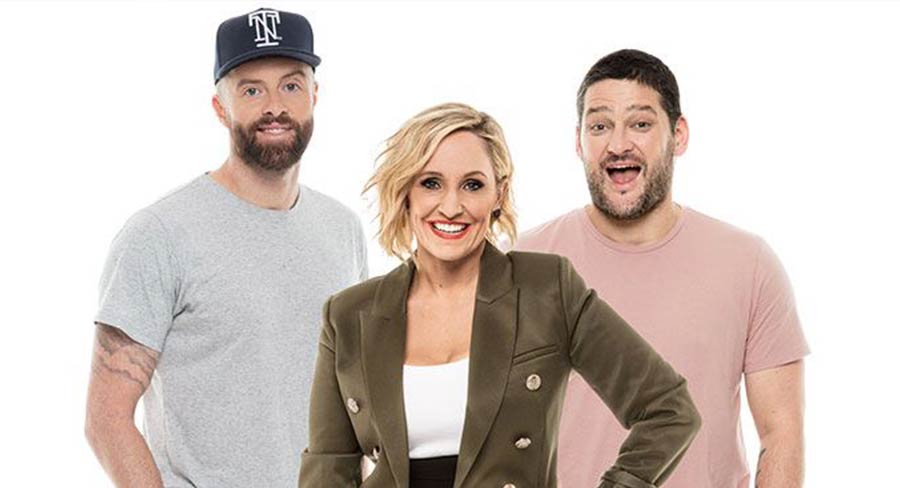 Neil Mitchell was the big story at the market leader this survey. Station share held steady just over 15%, yet Mitchell increased his morning audience 1.5 to 17.7%. Breakfast with Ross and John was down 0.4 to 19.1%.

For a second consecutive survey smoothfm ranks #1 FM. After leading in its own right last survey, breakfast with Mike and Jen is now equal #1 FM breakfast with Fox FM. smoothfm is also #1 in morning, evening and weekends. The station lost top spot 55-64 to Gold.

Share moved from just over 10% to just under. The breakfast show with Christian O’Connell was able to celebrate its first birthday on survey day with share back up to 7.7%, still down on this show’s best of 8.4% at the end of 2018. “He’s taking us somewhere nice,” said Jack Post on air survey day, without revealing exactly where O’Connell was taking the team for a celebratory lunch. Drive and evening also posted gains this survey, with the former all-music drive show hosted by Gavin Miller #1 FM and proving (as smoothfm already has done) you don’t need an entertainment show to win the ratings.

Breakfast with Fifi, Fev and Byron edged a little higher to 8.9% where it is able to share #1 FM spot with smoothfm. In drive Hughesy and Kate have slipped from #1 FM to #3 behind Gold and smoothfm.

Share was steady this survey which might be disappointing, but it is still better than six of last year’s survey results. The Hot Breakfast dipped 0.8 to 7.3%, which is close to its low point over the past few years. Mick and Jane now have the highest rating Triple M program on 7.7% in drive.

Best cume audience in close to five years with share up 0.9, which is the equal second best in 18 months. Breakfast with Jase and PJ will be attempting to set a new non-stop breakfast show record this week.

The best 10+ share in the last four surveys. Breakfast with Garry and Tim was up 0.6 to 4.0% which is that combo’s best and the station’s best breakfast share since 2016.

Drive remains the only timeslot with any real traction in the market where share was up 0.1 to 1.2%