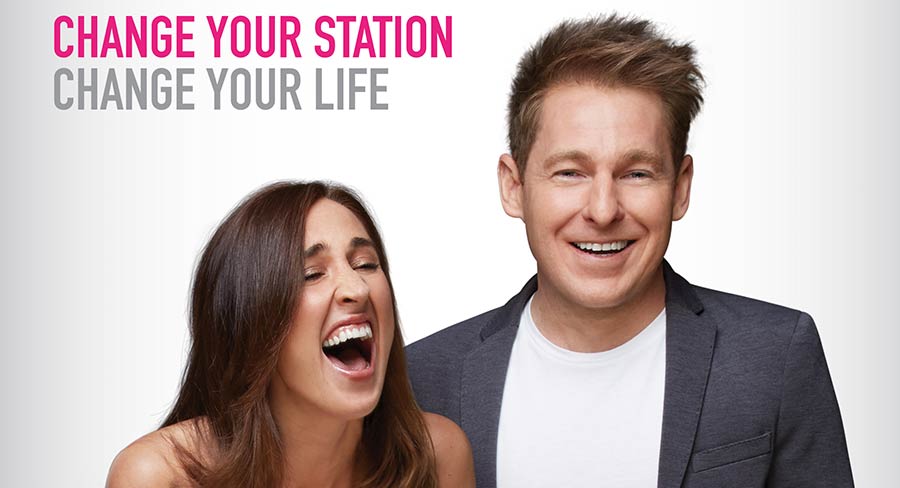 It’s been a big week for ARN, which is now the remaining driver for listed company HT&E.

Continued ratings strength in Sydney from KIIS and WSFM and Adelaide with Mix and Cruise was boosted big time by a strong growth in the Brisbane, Melbourne and Perth markets.

So much so that ARN was able to claim to be the #1 national metro network with a share of 16.9%. When ARN factored in digital audiences that share grows to 17.9%.

ARN national content director Duncan Campbell agreed that Mix 101.1’s Jase and PJ are taking the breakfast show into unchartered waters in Melbourne. “That is one of the highlights this week. But it has been a great result for us overall,” he said, noting also the recovery at ARN stations in Brisbane and Perth.

“It has been very satisfying to see the result at KIIS 101.1 with another increase. We feel there is momentum behind the show after 18 months of not a lot of [ratings] movement. The Jase and PJ show was unknown when it started and its takes the audience time to get to know them.”

Campbell said he continues to focus on Melbourne where he sees potential for further ARN growth given the improvement at sister station Gold, while opposition stations like Triple M are not keeping up.

“It was a great result for Christian O’Connell at Gold too who now has a marker at around 8%. I am looking forward to seeing what his show does in the newt few surveys.”

The recovery at Brisbane’s 97.3 is the result of ARN sticking with its strategy, said Campbell. He stopped short of claiming the market is returning to a two-horse race (Nova and 97.3), but it could be heading that way.

“We have been working hard on the music and the new dynamic between Bianca and Mike, while Bob has been in great form this year. The station has been very consistent and the audience has appreciated that.”

Regarding Perth, Campbell paid tribute to new MD Gary Roberts for re-forming Botica’s Bunch with Fred Botica and Lisa Shaw. “The daytime numbers are also testament to the fact we have the music format right. We did a lot of research into the music and found a wedge we could drive into the marketplace and impact 94.5, which has always been the challenge for 96FM.

“It is certainly game on in Perth now. The Perth audience seems to move to where there is something going on. The whole station has come to life and that will continue with plans for some exciting promotions.”

The 96FM recovery perhaps has only just begun.

Importantly for the Perth sales team, Roberts is now able to send them out the door telling clients 96FM is now #1 40-54. “Revenue has been challenged in the Perth market and that is a great result for them,” said Campbell.