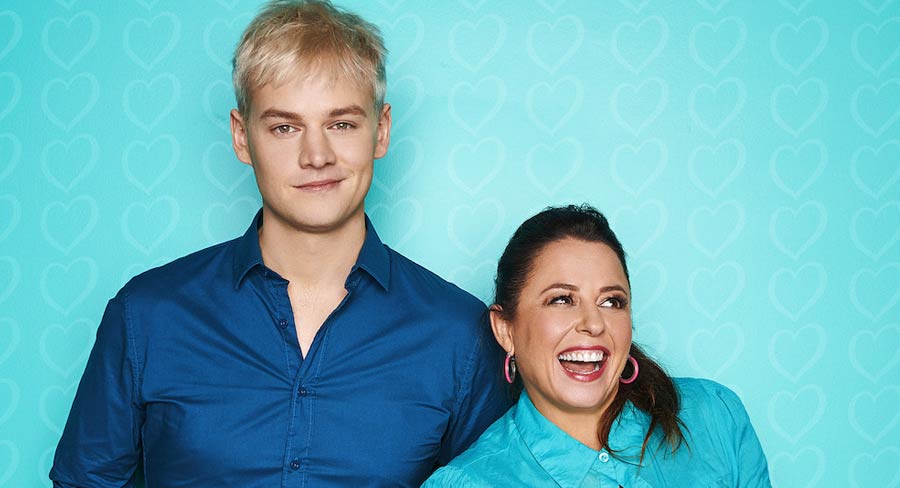 Outgoing Village Roadshow chief executive Graham Burke has declared an end to the bitter family dispute that has boiled in the company’s boardroom over the last 12 months, with a more upbeat outlook for the cinema and theme parks business and a return to dividends for the first time in three years, reports The AFR’s Max Mason.

Burke and chairman Robert Kirby have been in open warfare with the latter’s brother John Kirby, who has been working with veteran investment banker David Kingston, wrestling over the direction Village had been taking.

Village has reported a strong uptick in earnings before interest, tax, depreciation and amortisation to $124.9 million in 2018-19, up from $90.9 million in the previous year. Underlying profit improved to $20.6 million over the year, from a loss of $7.3 million in the prior year.

Scott Morrison has been accused of hypocrisy by one of News Corp Australia’s most senior figures, who says the Prime Minister’s concerns over the treatment of writer Yang Hengjun in China don’t match with concerns for press freedom at home, reports The Australian’s Leo Shanahan.

Campbell Reid, News Corp Australia’s group executive of corporate and government affairs, has questioned why Morrison is concerned by Yang’s incarceration as an “away game” but not by the treatment of journalists in Australia.

“I saw Mr Morrison in front of the microphones talking very compellingly about the predicament the Australian writer in China is in,” Reid told the Alliance for Journalists’ Freedom summit in Sydney yesterday.

“Under arrest, accused of espionage, so I ask this question: why is press freedom very important, and freedom of information important, in China and not very important in Australia?”

ABC chairwoman Ita Buttrose told the conference she was baffled as to why the raids took place, pointing out they could lead to an ABC journalist being jailed for up to 10 years with the stories still publicly available.

Dreyfuss: Learn from US, UK, NZ and Canada on press freedom

Shadow attorney-general Mark Dreyfus is urging reform of restrictive laws on press freedom, possibly including moving closer to a system like in the United States where warrants to raid a journalist’s home or media organisation need to be approved by a judge, reports The AFR’s Max Mason.

Speaking at the Alliance for Journalists’ Freedom Press Freedom Summit on Thursday, Dreyfus said Australia had fallen behind its Five Eyes intelligence network partners the US, United Kingdom, Canada and New Zealand, having the most restrictive laws and least protections for journalists and publishers.

“I do think we should be looking at the experience of the United States and the United Kingdom, and Canada and New Zealand,” he said. “Look at their laws, think about whether or not they are maintaining the safety of their citizens and maintaining national security.”

Director of unscripted to depart Fremantle after 10 years

Caroline Spencer has resigned as director of unscripted from Fremantle after 10 years with the company, reports TV Tonight.

She began on a 6-week contract as challenge producer on Project Runway, with credits including The Biggest Loser and executive producer roles on MasterChef Australia, The Farmer Wants A Wife, Recipe to Riches. As director of development she sold 60 hours of Escape from the City to the ABC, and re-claimed the 6pm stripped slot on 10.

She will continue as executive producer on Celebrity Name Game.

“I am so incredibly fortunate to have spent the past decade working with the best in the business at Fremantle, both locally and internationally, but sometimes in life you’ve got to know when to leave a party and for me that was now,” she told TV Tonight.

SBS and production partner Blink TV have announced Eurovision – Australia Decides will return to the Gold Coast in February, giving Australians the chance to vote for the artist and song to represent the country at the Eurovision Song Contest 2020 in the Netherlands.

In association with the Queensland Government via Tourism and Events Queensland, the City of Gold Coast and Screen Queensland, Eurovision – Australia Decides will be presented at the Gold Coast Convention and Exhibition Centre on Friday 7 and Saturday 8 February and tickets for the Opening Night Show, Matinee Show and Live TV Final are now on sale.

“Following on from Kate Miller-Heidke’s history-making performance in 2019, I cannot wait to see who Australia will choose to represent us in 2020 and the first step on this journey is submitting a song. With a truly diverse and inclusive line up, the inaugural Eurovision – Australia Decides was a great success – and we want this one to be bigger and better than ever! 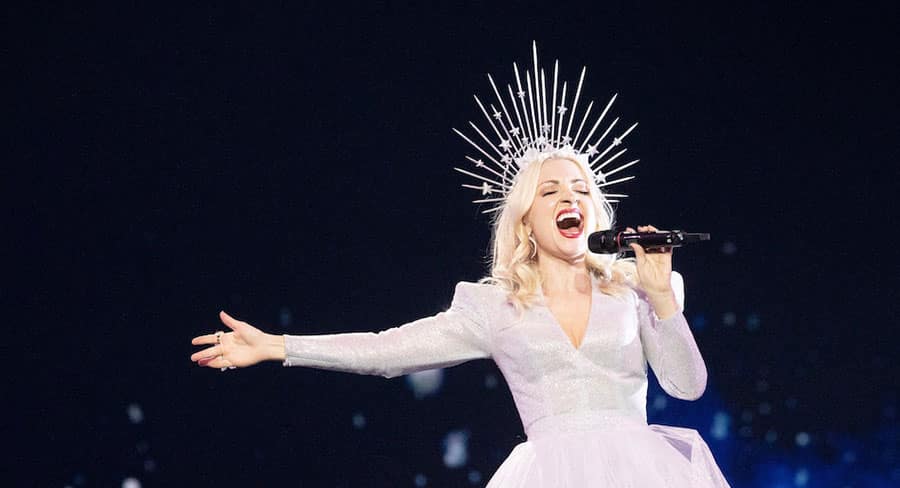 “There is such an incredible depth and breadth of musical talent in our country – both established and emerging. SBS has been the home of Eurovision in Australia for more than 35 years and we’re thrilled to be able to provide this exciting new platform for artists to launch original Australian music globally.”

“Who will wear the crown? Which artist and song will represent Australia at Eurovision 2020? We are delighted to be working with Queensland and The City of Gold Coast to create Australia’s only original song contest for TV. We can promise we have the makings of another excellent Eurovision weekend on the way. There will be some surprises in the format, and some real surprises about who will be competing. Please Eurovision fans, don’t miss out – get your tickets early!”

SBS is again calling on songwriters across Australia to submit an original composition as part of the selection process via sbs.com.au/Eurovision. The song portal is now open for submissions until 30 September 2019. There are no restrictions on the number of songs composers and songwriters, both published and unpublished, can submit.

It’s not uncommon for actors to moonlight as waiters or work in call centres in between jobs, reports TV Tonight.

Not so Glitch’s Dustin Clare who has taken a different approach, running his own film production, distribution and sales company, Fighting Chance Films.

For Clare, whose credits include Spartacus, Tidelands, Satisfaction and Pacific Rim: Uprising, the finance side of storytelling, complements his creative side.

“They are all very interconnected,” he tells TV Tonight.
“I produced a documentary The Meaning of Van Life which is about people living out of vans and the freedom of the movement.
“And Sunday sold to 9GEM, Stan, Rialto TV, Maori Channel, Sundance in Europe.”

Fighting Chance Films now represents over 30 indie films and is growing. Clare is also active on committees for the Media & Entertainment Arts Alliance and is Chair of the non-profit Screenworks collective in Northern Rivers.

Craig Hamilton one of the ABC’s most respected callers. Why sack him?

They know his clear, accurate and unique turn of phrase; his astute knowledge of the game; the respect he commands from coaches, officials and players, not just in Newcastle where he lives but throughout the NRL.

In a game fuelled by hate and anger, you won’t find a single person who has a bad word to say about the great “Hammo”.

“Everyone trusts him,” says former Knights five-eighth Matt Johns. “They still do.”

Inconceivably and without adequate explanation, ABC management doesn’t think so. Last month, they sacked him from its coverage of live sport.

The Knights’ home game against the Titans on Saturday will be his final call, having broadcast all of their matches since 2007.

His scalping has stunned past and present ABC colleagues and certainly many within rugby league. Listeners, especially in the Hunter, are outraged.

Tim Verall, the ABC’s executive producer of live sport, wasn’t having a bar of us and handballed our inquiries onto ABC head of sport Nick Morris, who provided the same banal statement he’s provided other media.

Hamilton will still work for ABC Newcastle but won’t be calling matches.

“This year’s spring carnival, for me, is going to be very fresh, there’s a newness about it,” Channel 7 star McAvaney said.

“There’s the anticipation of who’s going to emerge and it will be a great battle between horse, jockey, trainer and, to be frank, New South Wales and Victoria – and that’s exciting.

The main rights holder, Fox Sports, is yet to be involved in any talks about divesting some of its rights, The Daily Telegraph understands, a crucial factor in whether there will be games on free-to-air (FTA) in the new campaign.

A-Leagues bosses have been in talks with the 10 Network for months about broadcasting two games each round exclusively on its main 10 channel in a bid to reignite public interest in the competition.

But the merger of 10’s US parent, CBS, with entertainment giant Viacom has held up approval of that proposed deal, with the clock ticking towards the start of the new season.

Club owners are likely to seek multi-party talks in coming days with executives from Foxtel, Fox Sports and 10 to see if there is potential for a deal to be struck, in which 10 would show the early evening games on Saturdays and Sundays.