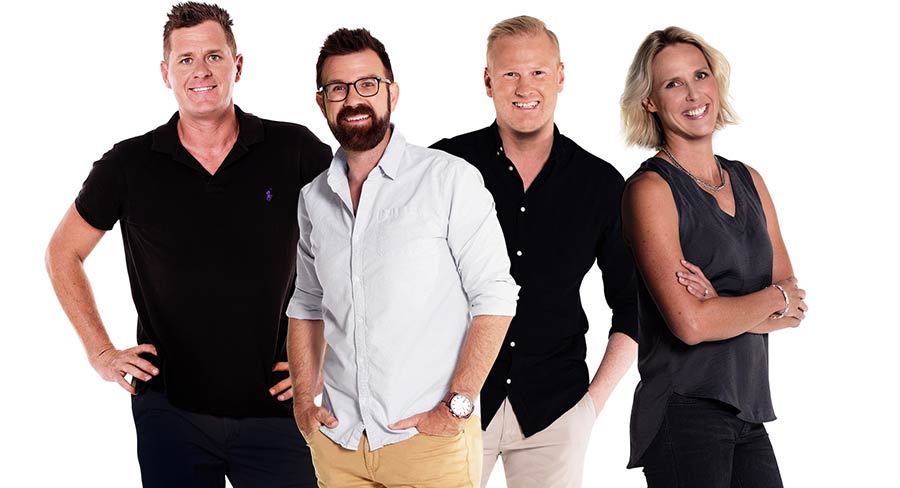 In the Nova Entertainment numbers the company reports Nova has a network share of 9.2% and a network cume of 3,553,100. Nova is claiming to be #1 in breakfast, drive and nights.

Nova Entertainment didn’t have any dramatic moves up or down in GfK survey 5, 2019.

Group program director Paul Jackson told Mediaweek the company is more than happy with its current position as it looks forward to finishing the year strongly.

“There are no changes or bad news, but certainly some more outstanding performances. There is also a lot of stability which we expect given the experience and heritage from all of our teams.”

When it comes to specials mentions, Jackson started with Nathan, Nat and Shaun in Perth where they have just recorded their best share ever on 15.5%. “A sublime performance,” Jackson said.

“Also Ash, Kip, Luttsy and Susie in Brisbane who now have five in a row #1 surveys, which is also an outstanding performance.

“Another highest ever performance also from Melbourne’s Chrissie, Sam and Browny in cume and share is a very strong result.

“Fitzy and Wippa have now had repeat shares of 7.5% which is great for the Sydney station. The station also has the #1 cume, with both our stations over a 1m cume.

“Let’s not overlook Adelaide where Dylan and Hayley are Adelaide’s most-listened to breakfast show in cume.

“There is nobody we are unhappy with and all of them are either at or within striking range of where we want them to be.”

smoothfm continues to lead in Sydney and is not far off the pace behind FM leader Fox in Melbourne. The cume audiences in Melbourne are very competitive with four stations now boasting an audience of 1m people.

“It’s been a hell of a journey when you think of the size of the audiences we were getting in previous formats for 95.3. We are very proud of all the presenters. It is not an easy thing to continue to deliver these numbers and our teams have done brilliantly.”

Given smoothfm’s success with all music breakfast shows, Jackson talked about making that strategy work. He didn’t want to refer to any particular station, but his comments are interesting given 2Day FM’s change of policy.

“All music breakfast can work anywhere and anytime at any station. But you need to have a clear proposition and then executive it brilliantly. You also need to take a deep breath and give it time. You need to continually think what does success sound like and continue to drive towards that. When we started on smoothfm our breakfast shares were 2% and 3% with the station a little higher. We then managed to grow gradually. I had many conversations with people telling them it would get better. It can take a long time for audiences to notice things and change their habits.

“Any station needs a clear proposition and I am very clear on the smooth proposition. You could ask anybody who listens to smooth what is does and they could articulate it. Same with Nova stations too.”

Jackson said there is not a lot of difference between what smoothfm stations deliver at breakfast compared to other dayparts. “We deliver news at breakfast and across the day with experienced news presenters.

“If listeners come to smoothfm at any point – morning, noon or night or weekends – it should be familiar to listeners who know what they are going to get.”