Hamish and Andy on Australia’s #1 podcast 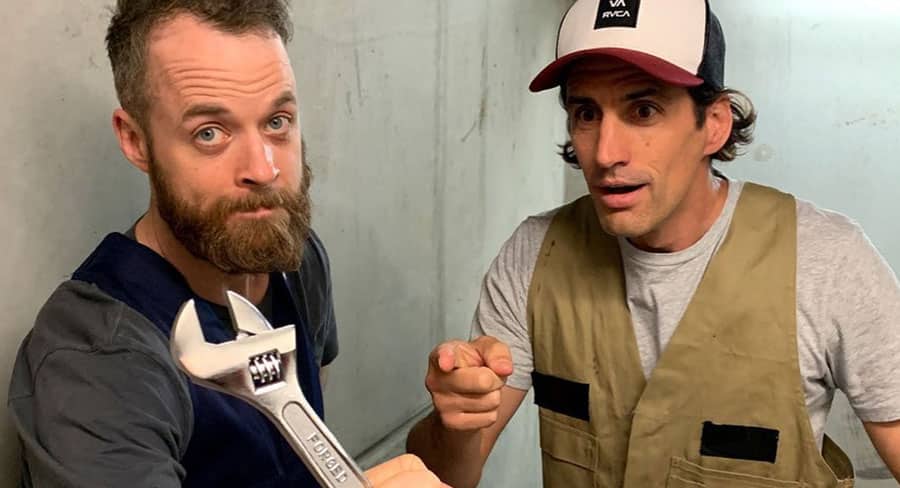 Australian radio’s most successful duo of the last 20 years quit the medium several years ago to focus on television projects with Nine. However Southern Cross Austereo never let Hamish Blake and Andy Lee get too far away and Australia’s biggest radio show has become Australia’s biggest podcast.

Talking to Mediaweek about their latest TV project (more on that on Friday), we slipped in some questions about the H&A podcast.

Andy Lee explained the weekly recording sessions are not really seen as a substitute for radio.

“I would say it’s scratching an itch which we love doing,” Lee told Mediaweek. “We love the community, we love our listeners. So it is an opportunity to do that. I wouldn’t say it’s necessarily keeping a hand in radio because … we see it more as our love of working with audio.”

Hamish Blake added: “There’s one big thing you lack in podcasting and one huge thing you gain and I reckon it’s an almost exact zero sum trade off. You don’t get the live interaction of callers anymore, which was easily our favourite part of the radio show. But the people that do listen to the podcast, the community you have, they listen to every single show beginning to end, they know everything. They’re so deeply invested in the show.

“It allows the show to become a way more textured thing than you could ever do on free-to-air radio where you’re constantly catching everyone up all the time cause you know people might only listen for 10 minutes.”

Listen to the Hamish and Andy podcast here.

A Rational Fear – Stop The Press 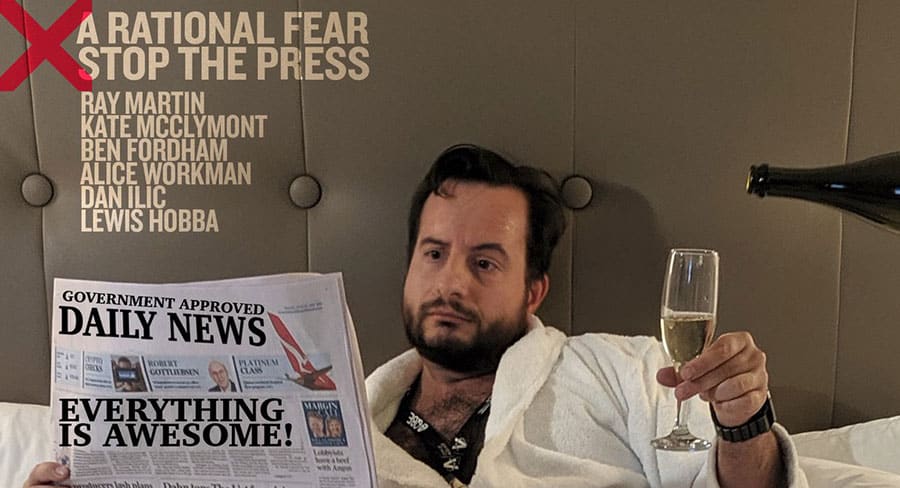 Dan Illic has told Mediaweek about a special edition of his comedy podcast about press freedom. “A Rational Fear is a fortnightly stage show/podcast where Australia’s best comedic voices rip into the news,” said Illic.

He said the special show is all about one of the foundations of democracy – Press Freedom in Australia.

“We have a wild line up – comedians and journalists who are also very funny.”

Appearing alongside Illic on his next show are Lewis Hobba, Alice Workman, Kate McClymont, Ben Fordham and Ray Martin.

Get tickets for the recording of the special podcast episode here.

Listen to A Rational Fear here.

Acclaimed brain surgeon, Dr Charlie Teo, chatted with Nigel Marsh on the latest episode of The Five of My Life podcast and says he’s always been subjected to the tall poppy syndrome in Australia, “I’m not a wilting flower when it comes to my skills. That’s always worked against me in Australia. So much so, that as I was going through neurosurgery, many of my bosses felt compelled to put me in my place and I was fired and taken off the neurosurgical program; being punished for being good and knowing I was good,” said Teo.

PodcastOne’s The Five of My Life (5ML) is hosted by former Y&R brands boss and author Nigel Marsh. In each episode, Marsh chats to prominent personalities about their favourite Film, Book, Song, Place & Possession and the stories behind them. Dr Charlie Teo is a globally renowned neurosurgeon and has been named as one of Australia’s most trusted people for taking on the cases others class as hopeless, and has also become known for speaking his mind. Hear him with Marsh on the latest episode of 5ML.

“I didn’t want to be just another host talking to celebrities,” Marsh told Mediaweek. “I didn’t want to recap people’s careers or promote their albums or books. I ask my guests for their choices a week before the interviews so I can research and see the film and read the book.”

Listen to The Five Of My Life here.

It will be three years since their first Australian tour in 2017, and will see Jamie, James and Alice reading never-before heard material from the mind of the legendary Rocky Flintstone.

Tickets for all shows go on sale at 1pm Thursday, July 18. 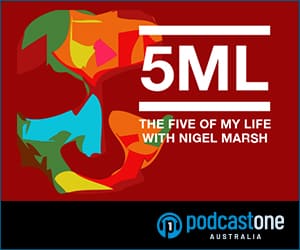