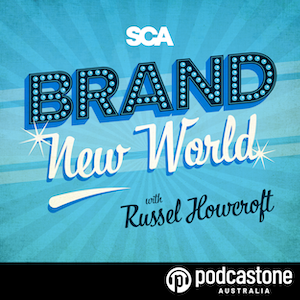 A recommended listening list from the host of Brand New World.

“I am a sporadic podcast listener,” Howcroft told Mediaweek. “I love listening to NBC’s podcast of Meet The Press. I listen to that most Mondays and it gives me a great insight into US politics. I also listen to The Squiz which is great. I get sent lots of podcast links and I then have a listen. I listen to Wil Anderson. He is interesting because he’s a rule breaker, and one of the rules he breaks is length of podcast. It can be quite a long haul when you settle in with Wil, but it is time well spent. I also like the artwork [from James Fosdike] that he uses. I also enjoy The Howie Games and he is also very prolific. Howie and Wil went to school together. The plane is my usual podcast moment. Since working from home I have not been flying every single week which has interrupted my podcast habit.” 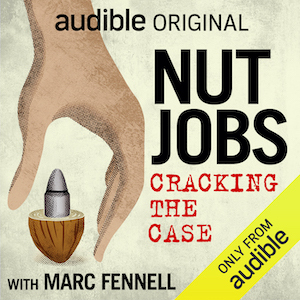 SBS broadcaster and host of Audible’s Nut Jobs has given Mediaweek some of his podcasting recommendations:

“Wind of Change is a great American podcast.” It links German rock band Scorpions to the CIA!

“There are now a lot of daily news podcasts. My recommendation is The Intelligence from The Economist. It has great international news and interesting stories. Some daily news podcasts have a bit of self-importance and take themselves a bit too seriously. This just gets on with it and is not too busy trying to tell you how important it is.

“Dan Ilic’s Irrational Fear podcast is great and should absolutely be a TV show. It’s the sort of live satirical TV that you just wish was on a Saturday night.

“The Eleventh, about Gough Whitlam’s dismissal, I have just finished and I recommend it.” 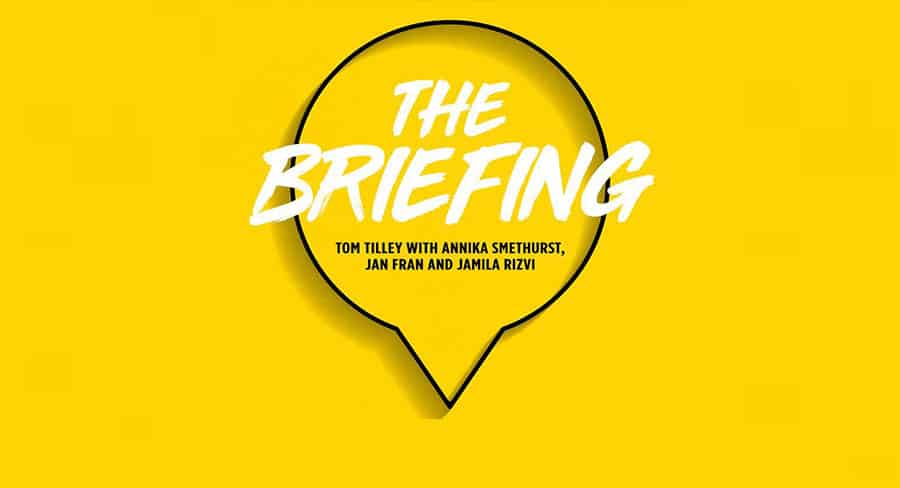 Tom Tilley and Jan Fran, hosts of PodcastOne’s new daily The Briefing are broadcasting its 40th episode this week. On a special Queen’s Birthday episode this week they presented the five most downloaded episodes:

Listen to the special episode of The Briefing here. 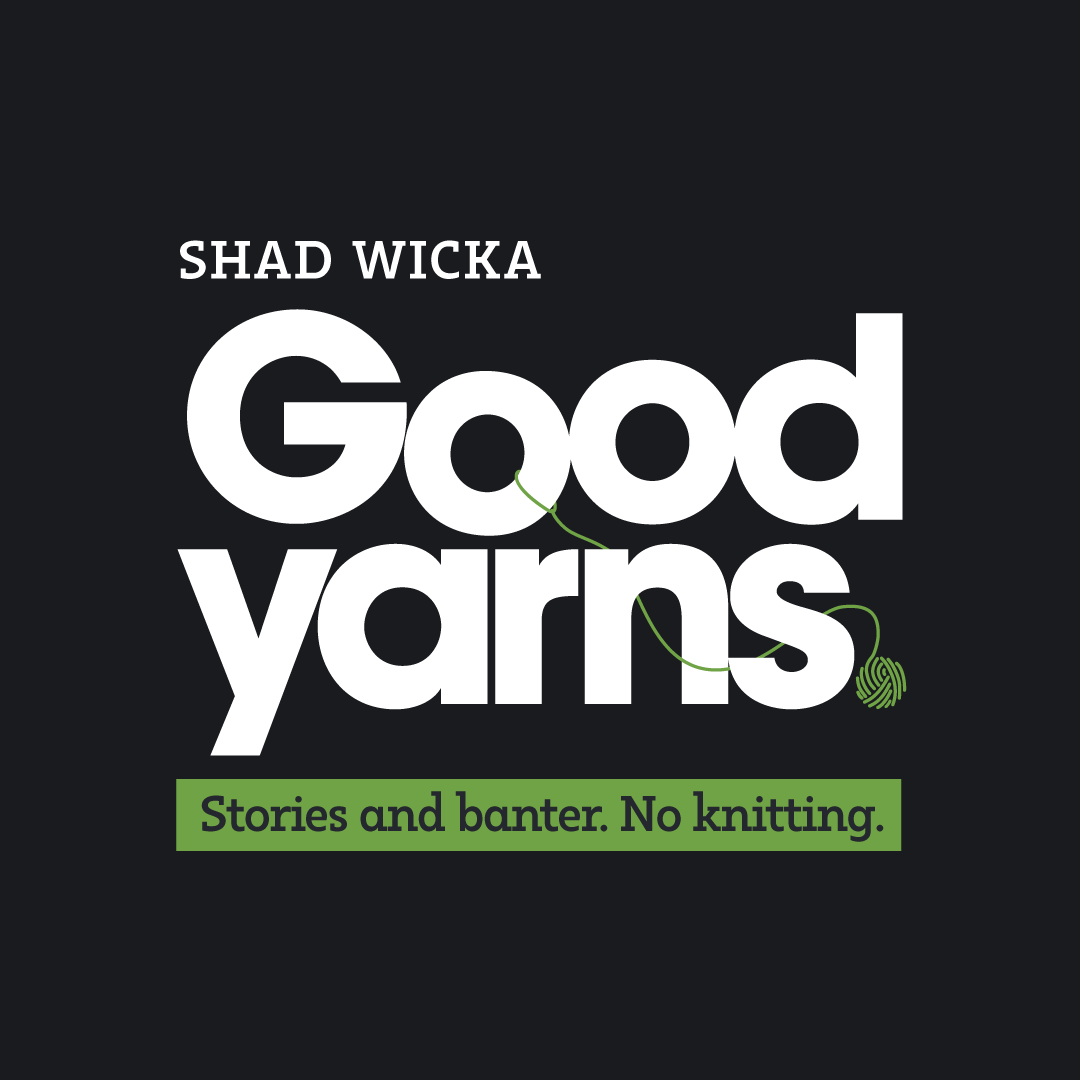 We have written before about the new podcasting company Podshape launched by Nova’s former head of podcasting Jay Walkerden. This week he revealed another two additions to his stable.

Wicka says of his new podcast, “We all have at least one unreal story we love to share. Something to bring out at the pub or BBQ with some mates. Good Yarns features a new guest with a story tell every week. Incredible, hilarious or really interesting are the only filters they have to live by and all I have to do is kick back, have laugh and soak up a Good Yarn.” 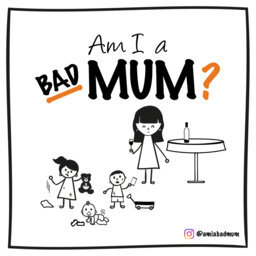 The second podcast is the popular Am I A Bad Mum? series that has had over 150 episodes, amassed a large following and is currently being featured by Apple Podcasts.

The tri-weekly podcast takes a lighter look as life as a mum through the eyes of two mums with four kids between them.

Rachel Thaiday one half of the Bad Mum team said of the new partnership:

“We love what Podshape stands for, telling stories that can help make a difference and that’s what our podcast is about. We want anyone that listens to know that we are all in this together and being a mum is not easy and sometimes it’s good to sit back and have a laugh about some of our mess-ups.”

Jay Walkerden said: “Both of these titles further enhance our offering which is telling great Australian stories that can help shape peoples lives. These two titles remind us in a very serious world sometimes we have to sit back and smile and both podcasts start with that in mind.”

New from The Howie Games As Mark Howard closes in on his 100th episode of The Howie Games, don’t miss episode #96 which is his interview with Melbourne Storm coach Craig Bellamy which is delivered in two parts. If AFL is more your thing, you can always chose #97 with dual Brownlow Medal winning captain of Fremantle, Nat Fyfe, which Howie has chopped up into three episodes. Also starring comedians Kate McLennan (Get Krack!n, The Katering Show) Aaron Chen (Aaron Chen Tonight) and Sami Shah (QI, ABC Melbourne), the story of CrossBread is told through interviews with the band, and includes audio from their concerts, rehearsals and studio sessions.

The series is an outcome of the ABC $1 million podcast fund callout. The initiative launched in 2017 for new and emerging podcasters supports community-based creatives with remarkable Australian stories to tell. Other podcasts to receive funding so far are Fierce Girls, Mindfully, Animal Sound Safari, Parental Guidance Recommended, Alice Fraser Trilogy, Little Tiny and No Feeling is Final. 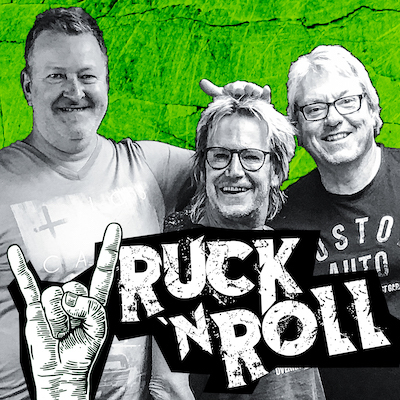 Ruck ’n Roll is a weekly podcast with broadcaster Kevin Hillier, rock singer Brian Mannix and sports journo and broadcaster Rohan Connolly that grew out of a shared passion for sport, music and taking the piss out of each other.

Part of Hillier’s Howdy Partners Media stable, the series launched two years ago and is celebrating its 100th episode this week. The podcast began as an occasional segment during Kevin’s weekend summer radio show has turned into a popular podcast with a loyal following.

Long before COVID 19 made social media lists compulsory and tedious, the Ruck ’n Roll team were parading their top fives on all manner of subjects – singers who act, actors who sing, child performers, pretty boy bands and love songs plus their good and bad list for icons like The Beatles, The Rolling Stones, U2, Madonna, Cold Chisel and many more.