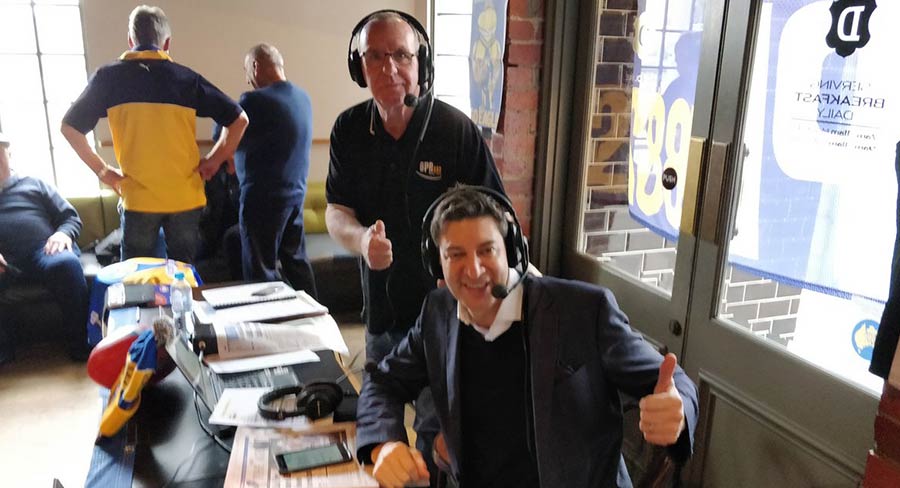 Surveys five and six were a good result in Perth with both the station and breakfast shares lifting higher into double figures. “It’s always good to be in double figures,” laughed Hit Network head of content Gemma Fordham, “especially as it is still a new breakfast show and to see it grow is very encouraging. The workday there is exceptionally strong and drive has had a steady result. It is always nerve-racking when you launch a new show because you are changing what the audience has been used to. The new breakfast show is sounding terrific.” The new breakfast show is Heidi, Xavier and Ryan. The model again features two radio professionals and a footballer. Heidi Anderson was formerly with the station’s Heidi, Will and Woody breakfast show, Xavier Ellis is a former footballer with the West Coast Eagles and returning home to WA is Ryan Jon, formerly heard on Canberra breakfast and Hit Network weekend breakfast.

The breakfast team will be able to celebrate properly as they are off this week on a spring break.

There’s much to like about the all-local lineup at the Macquarie Media West Australian news talk station. Highest on the list is the breakfast show with Steve Mills and Basil Zempilas. The very busy Baz manages to keep up the pace of breakfast radio, Seven News Perth, Weekend Sunrise and Seven’s AFL around the country. Despite constant rumours he is moving east to take over Sunrise some time soon, Perth locals will be hoping they can keep their broadcaster.

The Millsy and Baz combo makes for great radio that covers a broad range of topics. This morning early chat included listener tips on where to get a good cup of tea in Perth through to an interview with rock journalist Stuart Coupe about his new book Roadies. The show also runs a very successful Rumour File every morning after 7am and showbiz reporter Peter Ford is a regular contributor.

The station’s best share is around 8% and it has peaked there at least once in each of the past three years. The best Steve and Baz number has been 11.1%, which is also what they had in surveys four and five this year. They slipped a little in survey six, down 1.0 to 10.1%.

Macquarie Media commercial director Perth Gordon Hill said after survey five: “We are particularly pleased with the continued strong engagement that our breakfast show has with our audience and grateful to the Perth audience for their support. We are committed to delivering more great radio content for our listeners.”