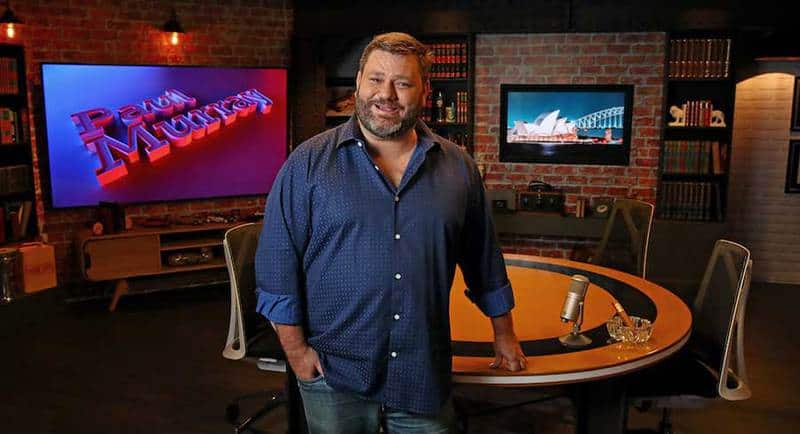 Paul Murray’s introduction to major league media commentary was a little bumpy. He hosted a morning show in the old John Laws slot in the last days of 2UE as a talk station from a studio at the back of the editorial floor of The Sydney Morning Herald. Both the show and the studio didn’t attract a lot of attention with little promotional activity by Fairfax Media at the time.

His subsequent move to Sky News Australia 10 years ago had more impact. His nightly two-hour program is still growing, up 34% year-on-year during 2020.

“Like all good relationships, nobody can quite work out where it started,” Murray told Mediaweek during his first visit back to Melbourne after the borders re-opened.

“Back when Sky News was still out at Terry Hills I went and pitched them a show not dissimilar to Media Watch, but it wasn’t really right. [Sky News chief executive] Angelos Frangopoulos was always very good at remembering who was keen. We eventually had a conversation about me having a crack after I had been doing a bit of Sunrise and some other things.”

Murray never thought the small screen would be part of his big picture. “Being quite a self-conscious, TV wasn’t my thing. I don’t look like somebody who should be on TV, let alone follow the rules of television. I always treated any TV work like the cream on the cake. Ironically, my radio dream, the thing I dreamt of and sacrificed for and worked hard in every possible way to advance, ended up taking second fiddle to television.” 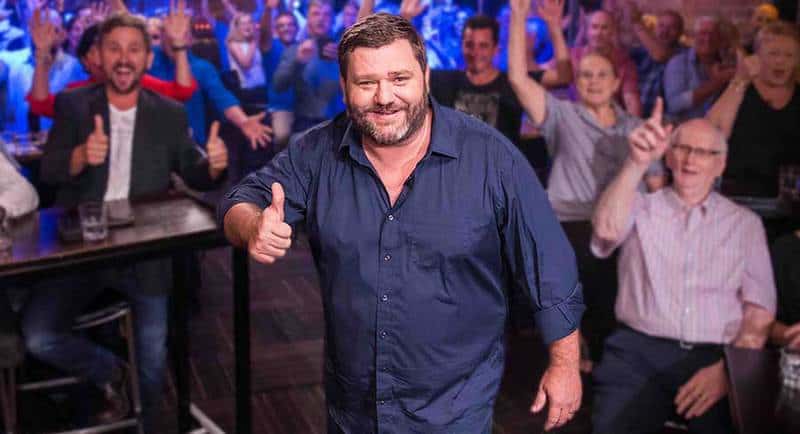 Murray doesn’t have illusions about being a TV news superstar, instead he refers to himself as a “bog average middle aged man”.

Murray first attracted a following in late nights on radio and he’s a TV night owl too. After he signs off at 11pm he can still be found extending discussions off air with guests who were able to make it into the Sky News studio.

“I have always been hardwired to be a night owl. I hardly know what happens daily on breakfast TV, but I know all about American late-night talk culture and late-night radio.”

Murray recalls that in 2021 it will be 20 years after Nova 96.9 launched in Sydney where he was part of the launch team. “That means it is two decades since I was very nearly a cool kid!”

Murray admits that he is a different person on air now to those days at Nova. The change started to gather momentum at 2UE.

“Have I changed and adapted to my employer politically are you asking? No. I was brought up in a very conservative suburban household. No matter where I have been – at Nova, Triple M, 2UE or Sky News – I have never said something I didn’t believe. However, the certainty and the stridency of your opinion gets stronger the more you do it. In the same way when you start doing an FM radio show you start a bit tentatively and then get as naughty as you possibly can. There are things I did on the radio that I would certainly be sent to Twitter jail for because they were funny in 2006.

“I simultaneously completely understand, and then get really pissed off with, the commentary around, ‘Hey there was this guy Paul I really liked and then he took a pill and completely changed’.” This is something Murray has talked to Mediaweek about previously.

“I have lost some mates that I was really close to and really loved in the FM radio world because maybe my politics was too much or something. I would always hope that even a person who disagrees with every word I have to say would conclude that I was a pretty good broadcaster. That there was an art to what I was doing.

“There are some people on television that I disagree with on almost every word they say. Yet I can think, ‘Gee they are good at what they do.’ ”

Murray talked about being a really conservative guy who was dropped into the middle of triple j at the age of 14.

“I was completely out of my depth and didn’t know what was going on.

“I was able to live my 20s and a major chunk of my 30s in FM radio which for me was the best place to be.

“I’m now in a place where I can understand why my dad was so fired up about things he used to care about.”

Watching Paul Murray Live you get the impression he enjoys winding up his critics.

“I’ve always enjoyed poking the bear,” he admitted. “I have always enjoyed strangling sacred cows live in front of the audience. I’m attracted to rebellious performers and writers. I think they have a courage about them.”

After starting on what has become now known as Sky After Dark, Murray said there had never been a conversation or a white board setting out the audience he or the channel wanted to target. “I have had those conversations in FM radio, where a breakfast show is desperately trying to work out how to best reach an audience.”

In the past Murray said he saw himself somewhere between Bill O’Reilly and Bill Maher. “Politically speaking, I was slamming the desk about same sex marriage way before it was cool.”

Murray and Frangopoulos set up Paul Murray Live as the first program that moved Sky News away from continuing its wall-to-wall news coverage in primetime. “We started with a once-a-week show. When we went full time I got really energised.

“I voted for Kevin Rudd in 2007 and I started to get pissed off when he wasn’t living up to the expectations. I was very annoyed at a prime minister being removed by colleagues and not the public. That set me off on a collision course with the establishment.

“The first votes in my life were conservative and I might be the only person who can say they voted for Mark Latham as both Labor leader and One Nation leader. That’s maybe a little signal of the journey I have been on.” [Laughs]