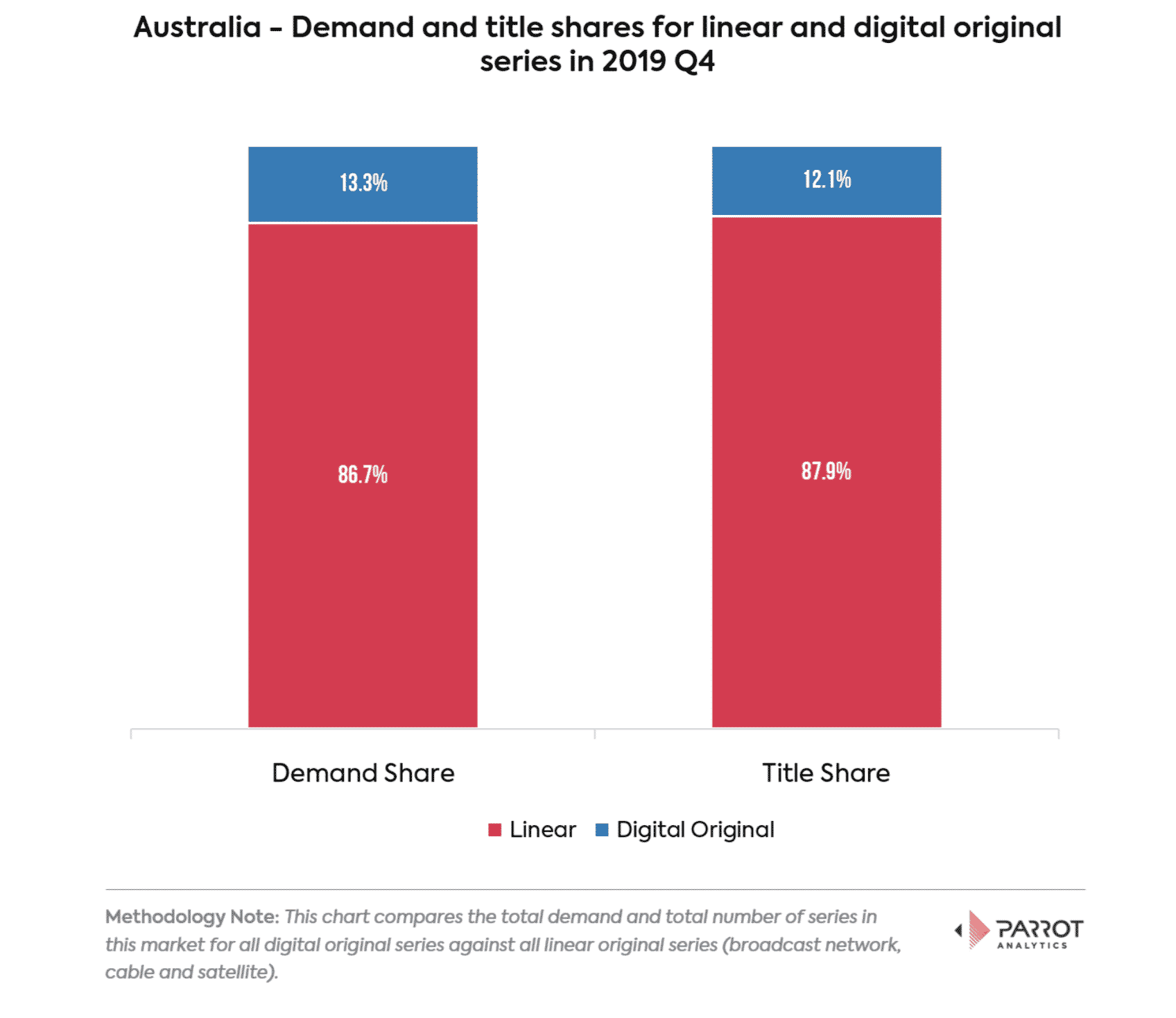 The 86.7%  share of expressed demand in Australia this quarter for linear series is a higher percentage than the global share for linear content of 84.7% with Australians showing a larger demand for content from more traditional network, cable and satellite platforms. 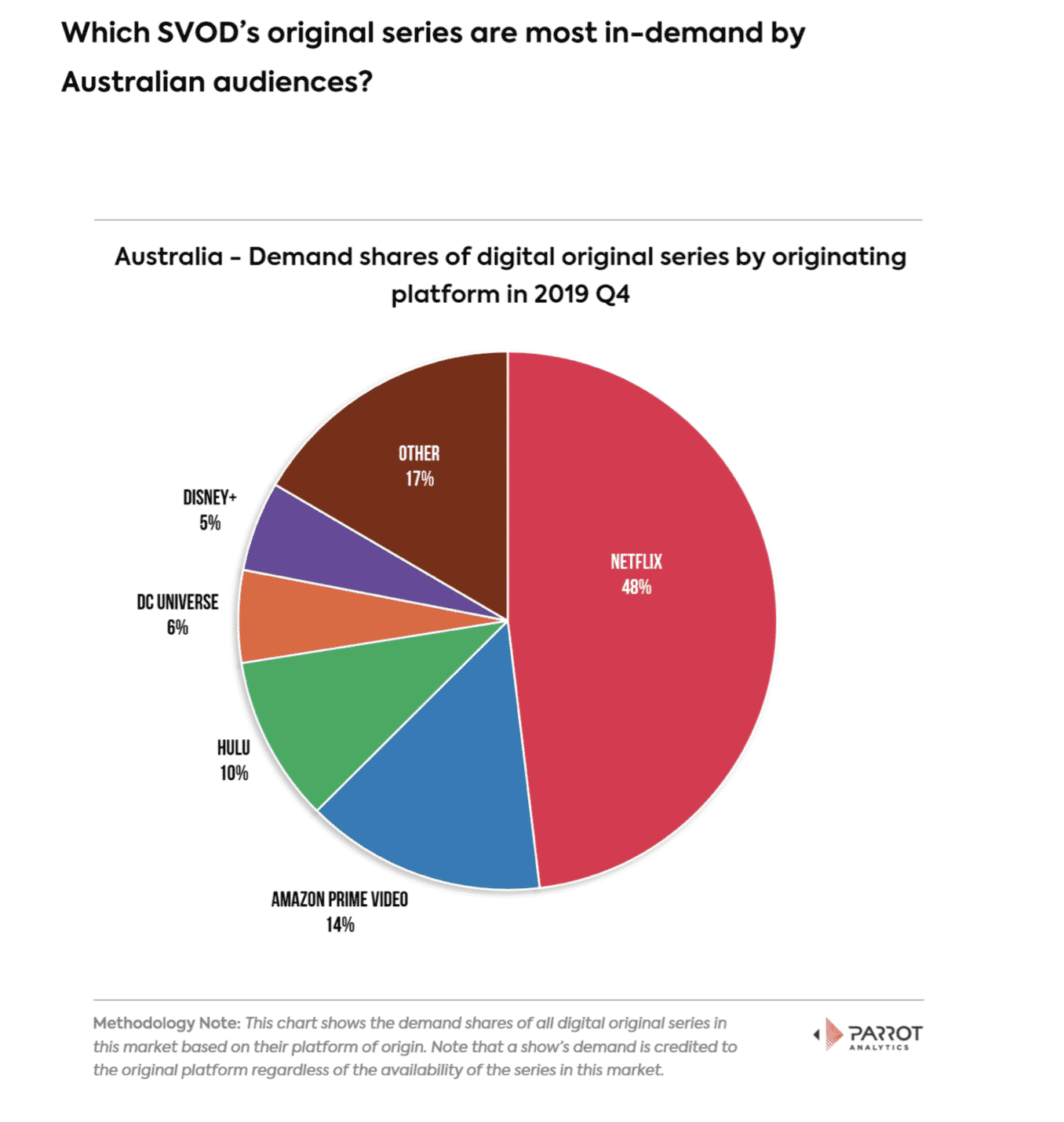 Netflix has the largest demand share for digital original series in Australia with 48%, however, this is 8% lower than the global average of 56%.

The two new platforms to launch last quarter finished fifth and sixth respectively with Disney + receiving a 5% share and Apple TV+ having 4.7%. 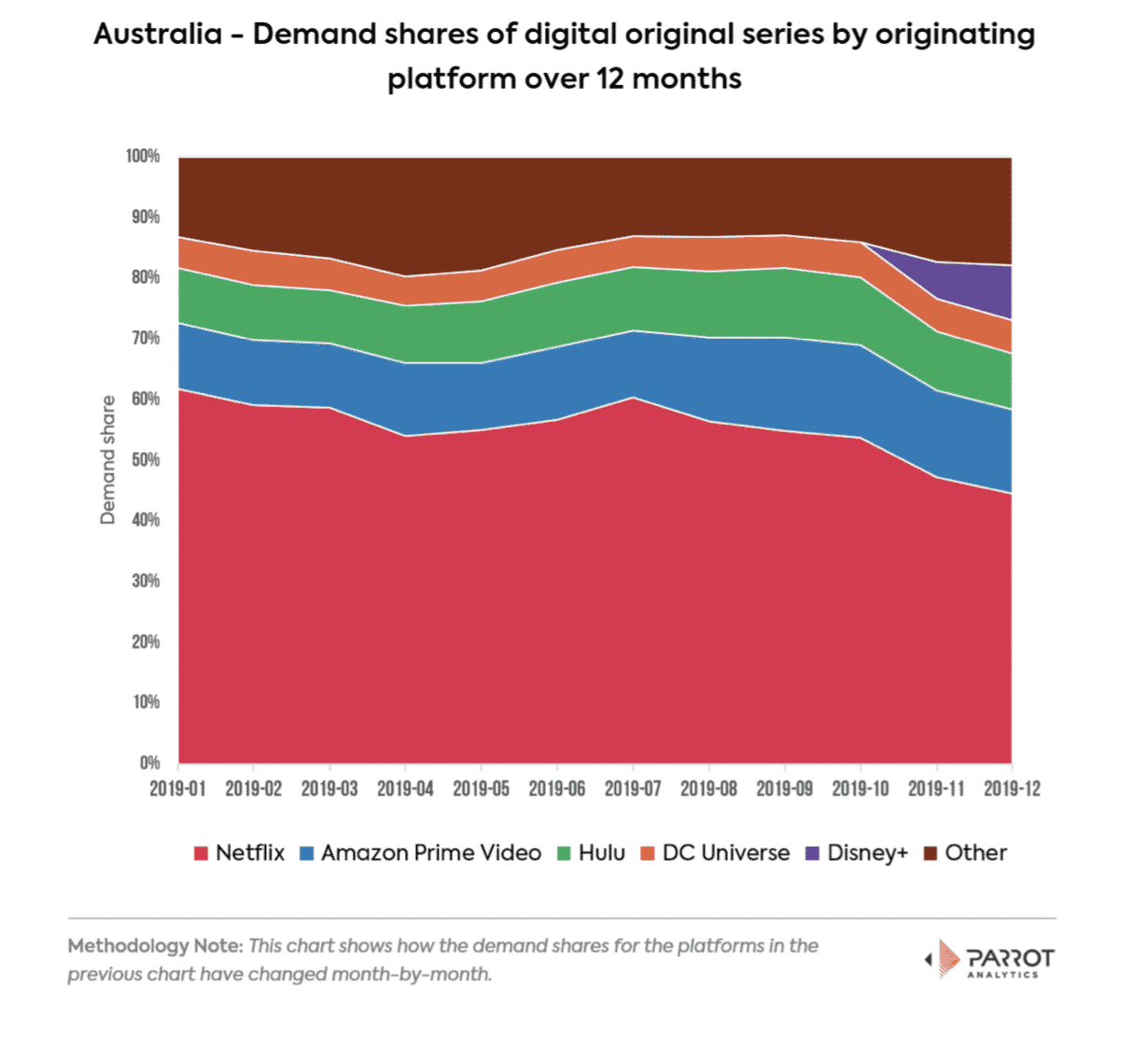 The arrival of these new platforms had an impact on existing platforms with the most affected being Netflix which dropped by around 9% from October to December, while Hulu and Amazon Prime both dropped by 2%.