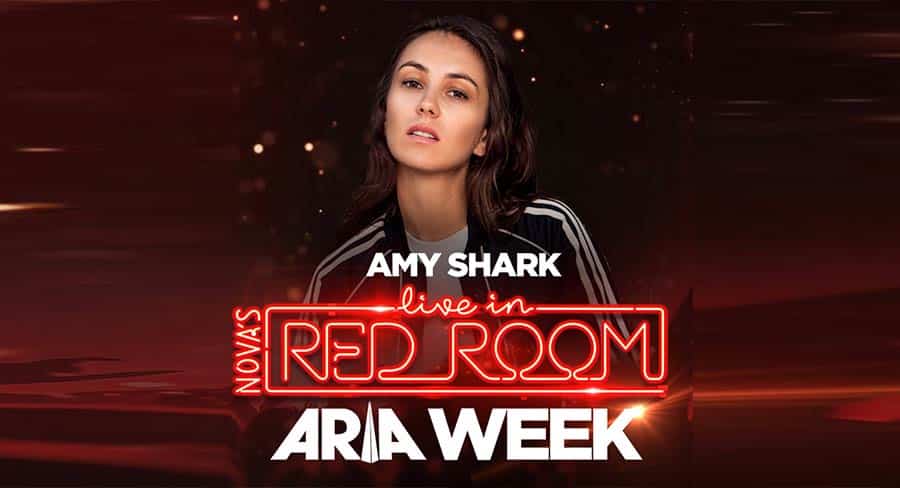 • She managed to play two Red Rooms in 2018, both of them at The Lansdowne.

How has your year been?

She told a devoted audience packed into The Lansdowne Hotel last night when she signed to Sony Music she asked about Nova Red Rooms. “Will I get asked to do one?” she questioned her new label. Shark said they told her to be patient as she had been with the label for only a few hours!

Her Red Room dream came true this year. But it was way better than she hoped for – she managed to play two Red Rooms in 2018, both of them at The Lansdowne. The Amy Shark Red Room was the second of the special Red Room ARIA Week shows. (We excitedly and incorrectly explained there were five shows in the week. Wishful thinking perhaps – there are actually “only” four.)

We are now halfway with shows from Vera Blue and now Amy Shark.

The week started brilliantly with Vera Blue, and Amy Shark kept the Red Room’s batting average sky high. Despite suffering the after-affects of a cold, and dosed on Codral Cold medicines, Shark said the show must go on. She joked with the crowd she might sound more like a heavy metal singer at times but then promised she would be going hard for her fans.

Tracks from Shark’s debut album went down a storm with the crowd as did the live favourite Teenage Dirtbag.

The set was made up of seven other tunes from her Night Thinker EP and Love Monster, her first album: Blood Brothers, Psycho, Mess Her Up, Weekends, All Loved Up, Adore and I Said Hi.

Although she wasn’t in the best of health, Shark was ultra-relaxed in the Chippendale music temple that closed a couple of years ago and was recently given a new heart and a coat of paint.

Smallzy joined Shark onstage at the end, wishing her well in the ARIA Awards next week. “Nominated for nine awards – let’s hope she wins them all. Now won’t it be awkward if she doesn’t,” he added as she left the stage. Sony Music had a big team present at the iconic Sydney venue, led by chairman and CEO Denis Handlin and general manager, media strategy and business Dan Nitschke. They spoke to Mediaweek enthusiastically about Shark’s success in Australia and her inroads in foreign markets, particularly the US and Canada where she played on stage and at venues somewhat bigger than The Lansdowne!

When asked about plans for 2019, they looked at the ceiling when questioned specifically about a major tour.

In the past few weeks on her way to The Lansdowne, Shark has played Irving Plaza in New York plus gigs in Canada, Seattle, Las Vegas and Los Angeles. Back in August she shared the stage with some massive names in Chicago at Lollapalooza. Nova was out in force with several of its team backing up after the Vera Blue show including Paul Jackson and Lansdowne regular Marty Sheargold (along with ARIA’s Dan Rosen).

There are two more Red Room special events to come next week, artists at different stages in their careers, but both have made and are making major impacts globally.