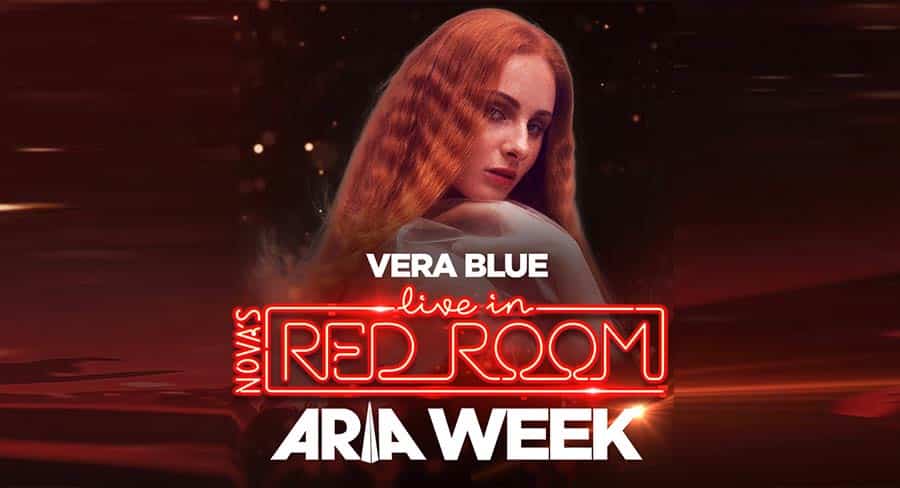 • The exclusive show attracted a mix of listeners and Nova staff, all eager to see Vera Blue in action.

Five shows in five days (let’s not count the weekend) might be a little easier when they are in the one city instead of crisscrossing the US, but music marketing director and Red Room guru Claire Marshall and her Nova Entertainment team face a challenging few days.

They ticked the box big time on the first night of the Red Room ARIA Week. The venue for some of the shows is Sydney’s legendary Lansdowne Hotel and the crowd crammed into the upstairs performance space for what was another memorable Vera Blue set were very appreciative of their unique access to the rising star. The exclusive show attracted a mix of listeners and Nova staff, all eager to see Vera Blue in action.

Nova’s Smallzy again hosted the Red Room while Australia’s #1 drive talent Marty Sheargold was also in the room. The bedrock of Nova’s Kate, Tim and Marty team is in Sydney for a number of reasons this week and is enjoying a couple of days in the studio with his colleagues after doing the occasional show interstate.

Nova Entertainment’s group program director Paul Jackson was also watching the performance in between chatting with colleagues and Universal Music executives. The gig started almost as soon as Jackson walked in the room (he has that much power!), accompanied by head of programming Nova 96.9 and smoothfm network Peter Clay and former Nova executive and now head of music at iTunes and Apple Music Australia Andy Milne. Also in Sydney for a few days is Nova Entertainment publicity director Jane Elliott working with her growing team of comms staff. Also taking an interest in what has already been a bust week of ARIA Week (and-a-bit) events was ARIA CEO Dan Rosen. He was joined by Universal Music managing directors Darren Aboud and Michael Taylor plus UMA’s general manager, media & strategy Ben Facey.

Performance highlight was easily the current single All The Pretty Girls, sure to be a track on her next album, which might drop mid-2019.

Other singles in the set included Settle from 2016, Private, Mended and Regular Touch from last year and Lady Powers from earlier this year.

Sadly for the fans crowding the front of the stage, Smallzy nearly ended the gig early, coming out to say goodnight before Vera Blue shooed him away explaining there was one more tune to go.