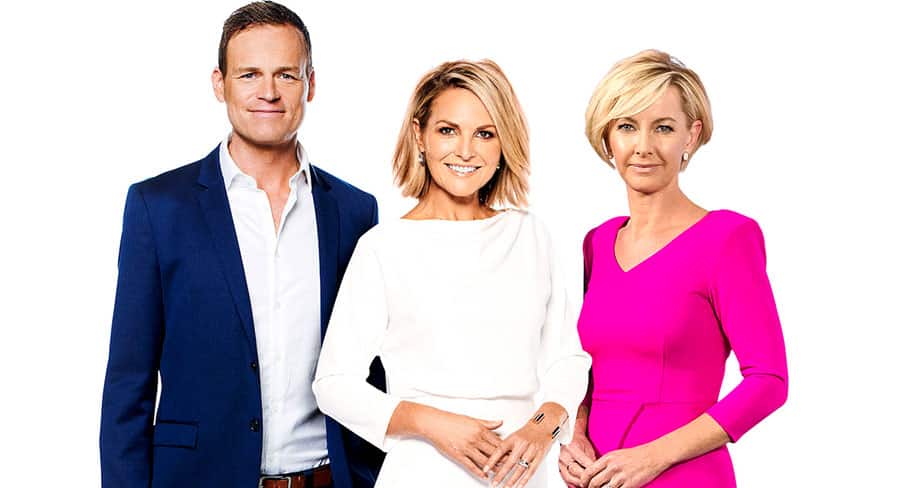 One of the big TV ratings battles every year is Nine v Seven for news supremacy. Or as Nine’s national director of news and current affairs Darren Wick explained it to Mediaweek: “Good versus evil.

“We would say good is Nine. Although I’m sure my counterpart, Seven’s Craig McPherson, would argue otherwise.

“We are both playing in the same commercial space, and both after the same audience.”

Wick has claimed victory for the year in the 6pm Sydney news battle, but Nine is not across the line yet in Melbourne.

“With the 6pm news battle it comes down to what moves audiences – and that is breaking stories.”

Wick learnt early in his career that the one thing that always sells newspapers is breaking stories. “And one thing that always brings television ratings is a good exclusive story. It’s always been critical and important, but is now reinforced more than ever when we live in a 24/7 cycle with news on every platform. And not all those platforms are trusted.

“The more exclusive stories we can deliver, the more we can reinforce that Nine news and current affairs are a trusted, verifiable source of good journalism, is what it’s all about.”

Nine’s TV news ratings could be impacted with what happens with Nine’s Macquarie Media radio investment.

Although admitting he doesn’t decide what happens regarding Nine’s radio shareholding, Wick said “aligning AM news/talk radio with our TV news product will help quite a lot.”

Perth has always been a tough market for Nine, but Wick explained they have had a good year so far with the 6pm Nine News. “Michael Best [new director of news Nine Perth] has been a breathe of fresh air. Seven is still dominant, but the gap and the margin is not as big as it once was.

“In Adelaide it has been a wrestle and we have been consistently #2 where not to long ago we were generally #3 and the ABC was generally #2. Seven has a pairing that has been together a long time, we have a new generation of presenters in Kate Collins and Brenton Ragless and our research shows we are building a younger audience. It’s a parochial market that doesn’t change for the sake of change, it will just take some time.”

The digital news battleground has changed with Seven launching 7news.com.au after ending its partnership with Yahoo! Seven has been impressed with its early numbers and is expecting continued growth.

Commenting on the changing digital marketplace, Wick said: “Any digital news needs to be a part of a bigger, broader news family, it can’t be doing its own thing.

“Seven has been late entering the space and our challenge is to maintain the margin we had by launching first. Competition is good because it forces you to think harder and have a good look at what your team is doing.”

Part of the unreported story about the breakfast TV battle is how well the much-maligned Today show is performing in Sydney and Melbourne. Wick was happy to point out on the day we spoke the latest ratings had Today ahead of Sunrise by 20,000 in Sydney and the shows are pretty close on the east coast.

[The final major market numbers for week 31 saw Today win in Sydney, while it trailed Sunrise by 7,000 in Melbourne.]

“We made the changes to Today at the end of last year and we knew we wouldn’t lift our ratings overnight. One of the challenges has been the market, which has been impacted by the growth of ABC News Breakfast.

“While stories about Karl Stefanovic and our Today changes continue to appear, I just tell the team it is a long war and it won’t just change overnight.

“When Karl and Lisa were first paired together it took two years before they gained any reasonable traction.

“Sunrise is a very strong, very disciplined program with a good production team who have all worked together for a long time.

“Our strength is still strong, breaking news and that is what gives us a ratings spike. We need to continue to build trust and familiarity with the audience. We need to get back some of the ones we have lost.

“Today is a much better show this year than it was last year, but breakfast is not just about content, it is also about the personalities.

“We have two traditional newsreaders in Georgie and Deb, and Tom who was fantastic field reporter. We have put them all in different roles and television audiences tend to be conservative. They just need time to get to know these people.”