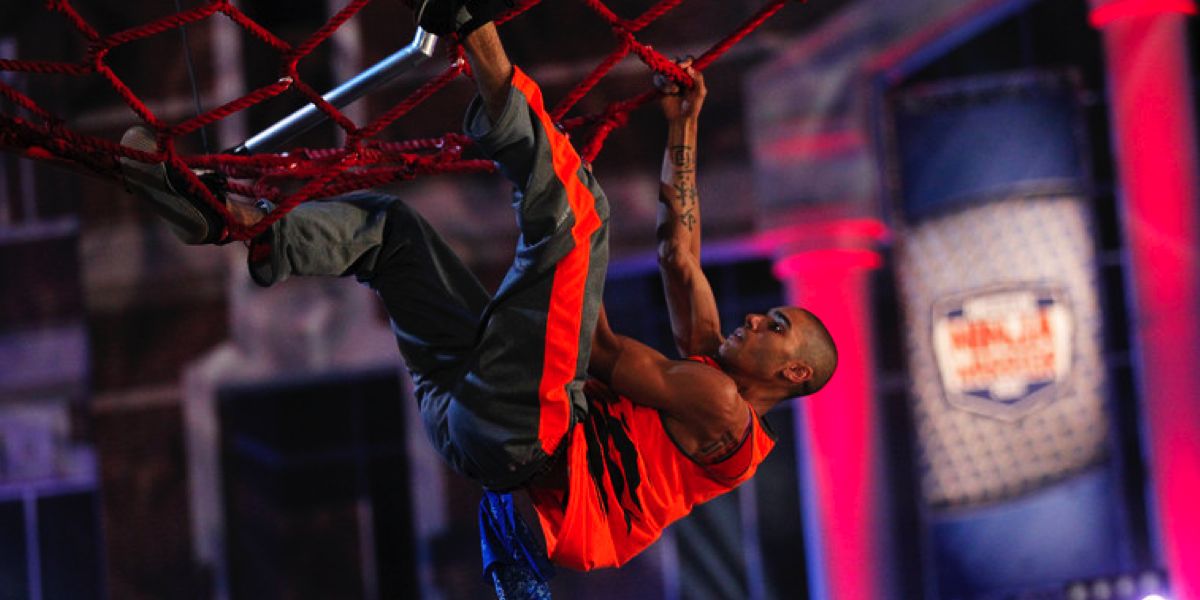 Nine has announced details about its programming in 2017.

Australia’s most controversial social experiment is about to get a whole lot bigger when it returns in 2017 for the fourth and most explosive series yet.

In this supersized fourth series, three expert matchmakers will have the mammoth task of pairing 20 brave singles, using a mix of neuroscience and psychology to try to create 10 perfect matches – twice as many as before.

Australians will fall in love with Married at First Sight all over again. Produced by Endemol Shine Australia. 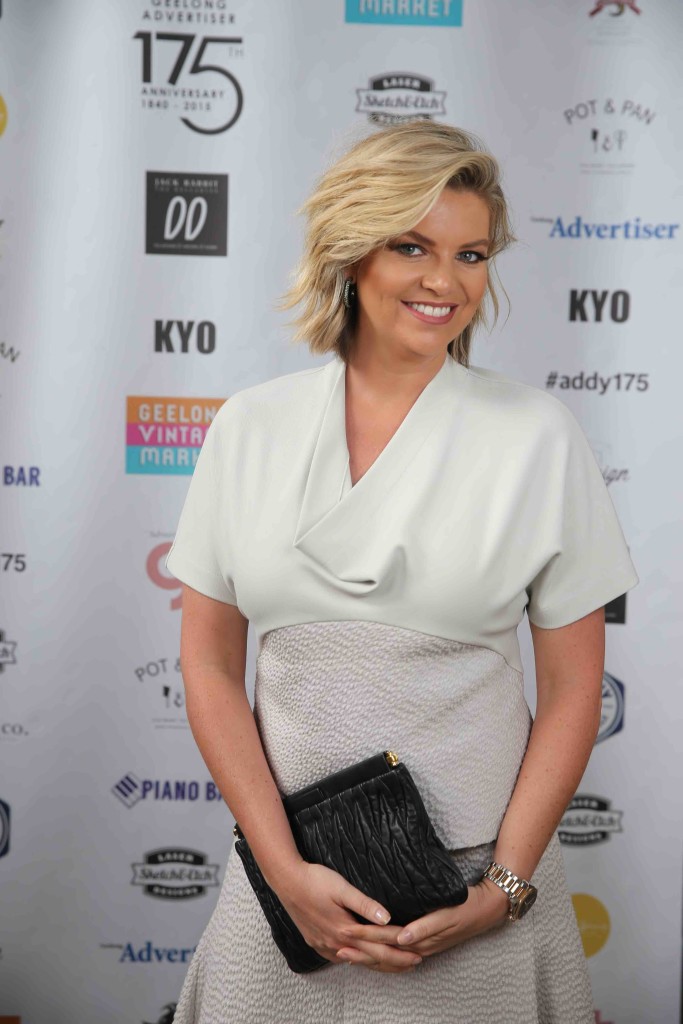 Ninja Warrior is one of the biggest shows on the planet – a worldwide phenomenon – and it’s coming to Australia.

Hosted by Rebecca Maddern, Australian Ninja Warrior will be the ultimate television event to hit our screens in 2017.

From 3000 hopefuls only 250 of the very best have been given the opportunity to take on the biggest and most challenging outdoor sports course in the world.

Set on the mythical “Ninja Island”, Australian Ninja Warrior will be the ultimate test of strength, stamina and mental toughness.

Who will be the first Australian Ninja Warrior? Produced by Endemol Shine Australia.

Production is planned to commence in December 2016 before the program premieres on Nine in the second half of 2017. Further announcements regarding the production will be announced in the coming weeks.

In this competitive cooking series, diverse and multi-generational Australian families will go head-to-head in high-pressure cooking challenges to not only win the experience of a lifetime but also take home the title of “Australia’s Greatest Food Family”. The funnymen of radio and television are set to return to Nine in a brand new series.

Hamish & Andy, who previously fronted four hugely successful Gap Year series for Nine, as well as two Caravan of Courage specials, will star in an all-new format, set to be one of the most exciting programs in recent years.

Full details about the bold new concept will follow in 2017. Produced by Radio Karate.

THIS TIME NEXT YEAR

Karl Stefanovic will bring viewers the inspirational new series, This Time Next Year, which will see everyday Aussies achieving monumental personal goals over the most challenging and rewarding year of their lives.

This ground-breaking format will follow the journeys of people wanting to make their ambitions a reality over the course of a year, delivering instantaneous transformations in “time-travel” style. Once each pledge is made the participant will reappear just moments later, completely transformed 12 months on. Produced by Nine.

THE LAST RESORT: LOVE ME OR LEAVE ME

A beautiful tropical island is the backdrop to a real-life soap opera as five long-term couples take part in a bold social experiment in an attempt to save their troubled relationships.

The couples have all reached rock bottom – struck by problems of infidelity, trust, and intimacy. At the end of the month, after an intensive relationship bootcamp with Australia’s leading relationship experts, will our couples call it quits or commit to each other forever? Produced by Nine.

House of Bond tells the outrageous rags-to-riches-to-rags tale of controversial business tycoon Alan Bond (Ben Mingay) and how he fought his way from the back alleys of Fremantle to become the richest man in Australia and one of our greatest sporting heroes.

House of Bond is produced by CJZ for the Nine, directed by Mark Joffe and written by Sarah Smith, with the assistance of Screen Australia and Screen NSW.

The groundbreaking Underbelly phenomenon is back with the untold, uncut story of Mark “Chopper” Read, Australia’s most notorious gangster, who cut a swathe through the criminal underworld in the 1970s, 80s and 90s.

Underbelly Files: Chopper will be produced by the makers of Underbelly, Screentime, for Nine.

In this hilarious new series, six groups of ordinary Australians – families, couples and friends – take on the job of travel critics. Our travel guides experience the same week-long international and domestic holidays, and review the same accommodation, cuisine, and local sights. But one person’s idea of paradise can be another’s idea of hell. Produced by Nine.

Murder Calls is a crime documentary series investigating extraordinary murder cases from Australia. In each murder case the investigators get a phone call which leads to a key clue…a clue that exposes the murderer. The series is a true-life, accounts of heart-wrenching stories and the unrelenting determination of detectives to solve the case. Produced by Screentime.

Join Sophie Monk and comedian Nick Cody in this hilarious new series as they bring you the weirdest families, wildest animals and some of the greatest fails ever to be caught on camera. Produced by Nine.

The A List is an exciting new eight-part entertainment program hosted by Nine Entertainment Editor, Richard Wilkins. This series will feature in-depth interviews with the world’s most topical and talked-about artists, actors and A-list superstars. In similar fashion to Inside the Actors Studio, The A List will be enthralling, amusing and highly entertaining. Produced by Nine. In partnership with Nine, the globally successful Hi-5 franchise makes a grand return to Australian free-to-air television with a brand new series, set and cast – reinvigorated by the original creative team of Australian producers and writers. Casting auditions commence tomorrow, with the new series set to premiere next year. Produced by Hi-5 Australia Pty Ltd for Nine. 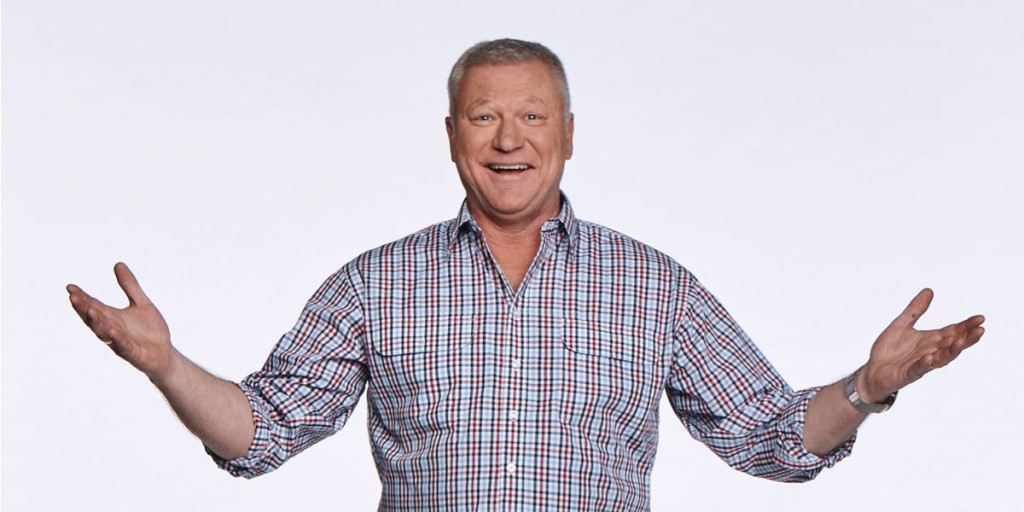 The runaway success of The Block in 2016 proves that Australia’s engagement with memorable characters caught in the maelstrom of renovation reality continues unabated. Scott Cam, Shelley Craft and the gang will be back to challenge a fresh batch of Blockheads returns for its 13th series in 2017 that will be bigger and better than ever. Produced by Cavalier. 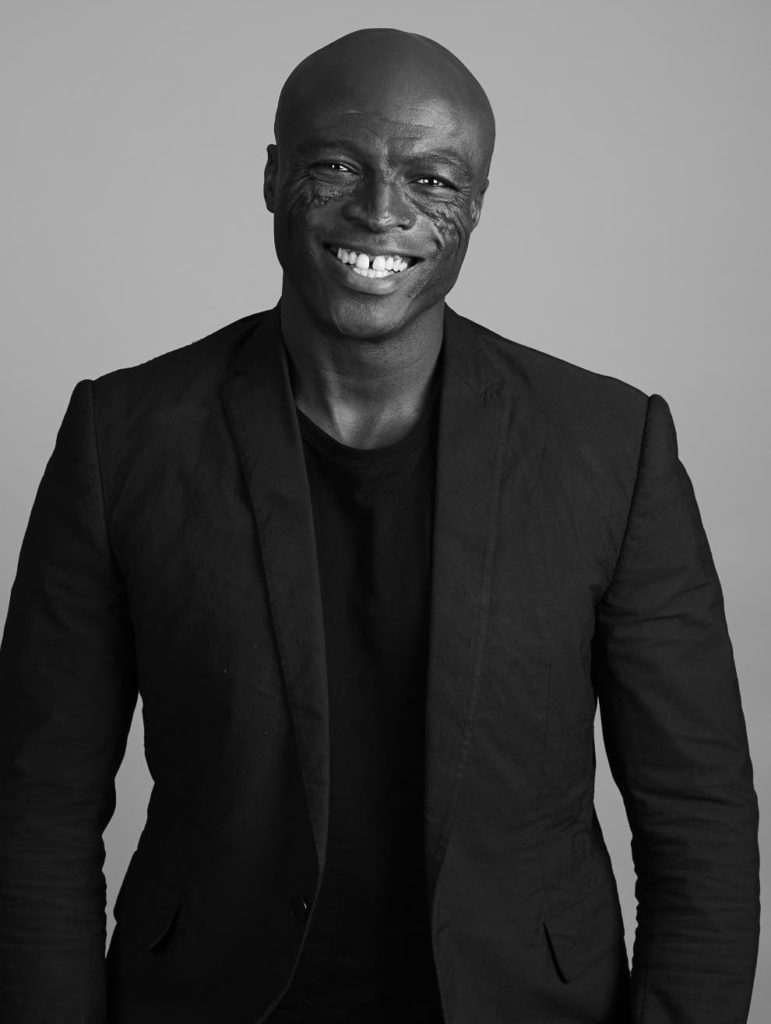 Seal is returning as coach on The Voice in 2017

After another explosive year, The Voice returns with Season 6 in 2017. Australia’s own Delta Goodrem will defend her title as winning Coach, and in 2017 is rejoined by The Voice’s most successful Coach, Seal, who is back to reclaim victory. With more Coach announcements still to be revealed, who else will be turning their red chairs to find Australia’s next great Voice? Produced by ITV Australia. It’s now 1972, the year of Gough Whitlam’s election, free education and immigration. With new faces, a cover-up and a shocking death, the men and women of Love Child will face their greatest challenges yet.

Love Child is produced by Playmaker Media for Nine with the assistance of Screen NSW. 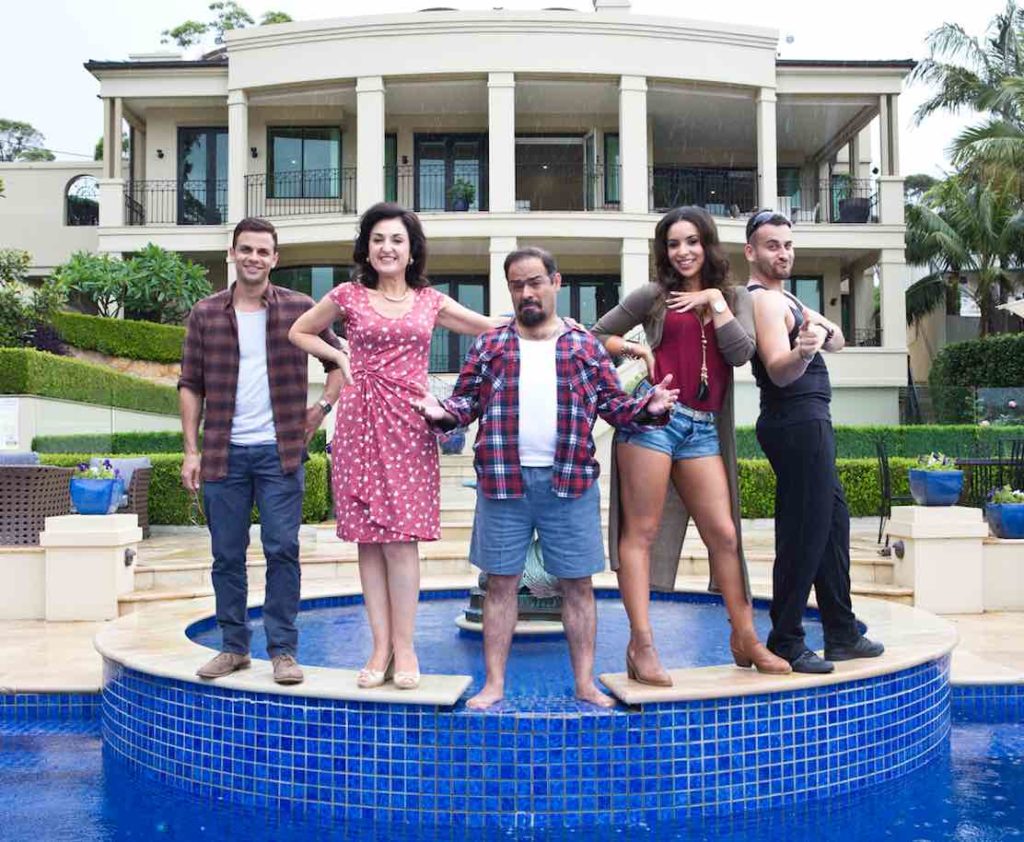 It’s trouble with an “H” as the Habibs return to Nine in 2017. Comic mayhem engulfs the ritzy (middle) Eastern suburbs as lottery winner Fou Fou Habib and his family resume hostilities with their blueblood neighbours, the O’Neills.

Here Come the Habibs is produced by Jungle, in association with Ronde, for Nine with the assistance of Screen Australia and Screen NSW. The nation has fallen in love with Doctor Doctor, with an average of more than 1.8 million Australians watching each week. This new smash-hit drama series with heart is just what the doctor ordered.

Doctor Doctor is produced by Essential Media & Entertainment for Nine with the assistance of Screen Australia and Screen NSW.

In this series the gang pick up one year later and the winds of change are blowing through Nepean South. The kids might be growing up fast, but our favourite dads still have a lot to learn when House Husbands returns.

House Husbands is produced by Playmaker Media for the Nine with the assistance of Film Victoria.

The NRL and AFL editions of The Footy Show return for their 24th seasons in 2017, with all the latest-breaking stories and loads of fun from the world of footy. Each week our hosts are joined by some of the biggest names in the game as they provide expert analysis on all the weekend’s matches. Also returning are The Sunday Footy Show and Footy Classified.

Leading 20 to One’s latest assault on pop culture are new hosts Erin Molan and Dave Thornton. They’ll be diving into the wonderful world of online viral megastars, and incredible commercials from around the world.

A new series of RBT will go behind the frontline in 2017. From major roadside drink-driving operations to high-speed pursuits, RBT captures all the drama and danger that police in Australia face every day in their relentless campaign against drink and drug driving.

Getaway, Australia’s longest running and most popular holiday and travel television program, will continue to take you around the globe in 2017 uncovering the most beautiful places and tasting the most delicious food– and you don’t even have to leave your living room.

MILLIONAIRE HOT SEAT
Millionaire Hot Seat returns with Eddie McGuire at the helm for its ninth year in 2017. A regular week night feature on Australia’s television screens, Millionaire Hot Seat continues to make dreams come true, giving away more than $38 million in prizemoney to over 9000 Australians since the series began.

Postcards is back for its 19th season in 2017, discovering all of Victoria’s best lifestyle and travel destinations to impress daytrippers and holidaymakers alike.

MATT AND KIM TO THE RESCUE

In 2017, Matt and Kim will continue to embark on amazing renovations which transform the lives of deserving Aussie families in Matt and Kim to the Rescue.

In 2017, the TV Week Logie Awards will be in their 59th year, recognising excellence on Australian television throughout 2016. Channel Nine broadcasts the awards that are presented annually to honour individuals and programs for their outstanding achievement to Australian television.

The magical Christmas Eve tradition of Vision Australia’s Carols by Candlelight will return for its 80th year in 2017, with a spectacle that promises to be as captivating as ever from the Sidney Myer Music Bowl in Melbourne.

CHRISTMAS WITH THE AUSTRALIAN WOMEN’S WEEKLY

A host of familiar faces will get together again to show you how to make the holidays extra special when Channel Nine presents Christmas with The Australian Women’s Weekly.

Nine will again be home to the Oscars when the 89th Academy Awards honour the best films of 2016.

Chicago Medical takes us on an emotional thrill ride through the day-to-day chaos of the city’s most explosive hospital and the courageous team of doctors, nurses and staff who hold it together. The Big Bang Theory continues to be the hottest international comedy on Australian television and Nine brings viewers all NEW episodes in 2017.

Britain’s Got Talent is back in 2017 with more exhilarating performances from contestants who promise to entertain, inspire and capture the hearts of viewers from around the world.