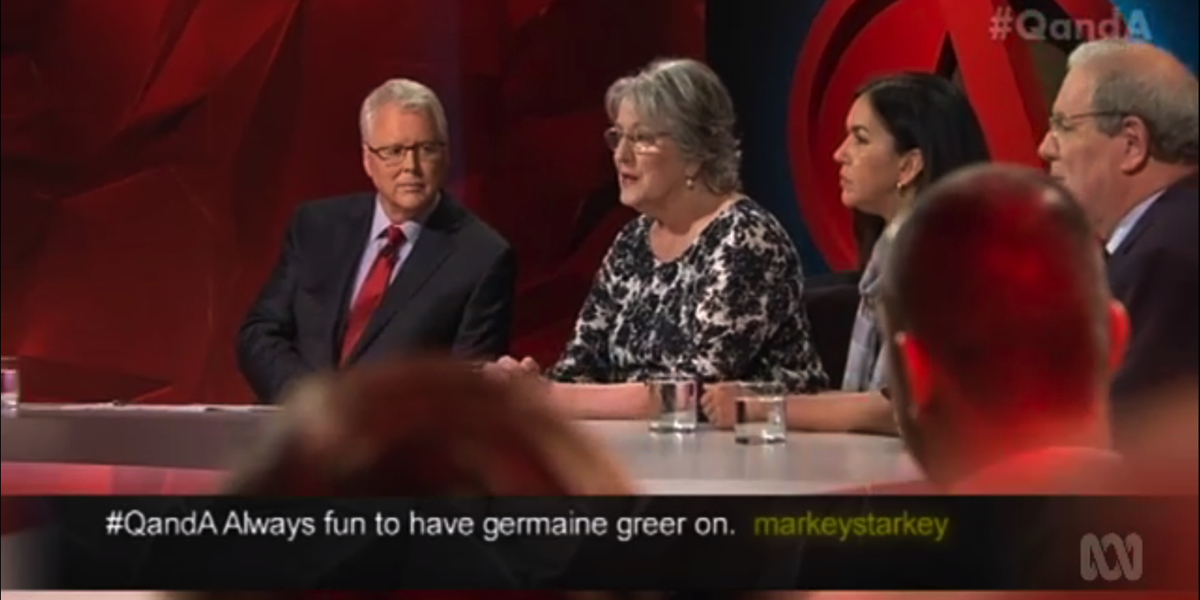 Germaine Greer, as usual, caused a stir when she appeared on Q&A alongside the likes of politician Sharman Stone and writer Theodore Dalrymple. The controversy unsurprisingly had Twitter talking, with the ep seeing 3.2k tweeters sending out 13.6k tweets.

Seven’s My Kitchen Rules is always a TV ratings hit, and the Monday and Tuesday eps last week saw 3.2k and 2.8k tweets about it respectively, making the third and fourth spots on the non-sport Nielsen Twitter TV Ratings.

In sport, it was all about the NBA and AFL, with the Los Angeles Lakers’ five-point NBA win over Utah Jazz seeing 5.2k authors pushing out 13.0k tweets – the top program for Twitter engagement in sport last week. 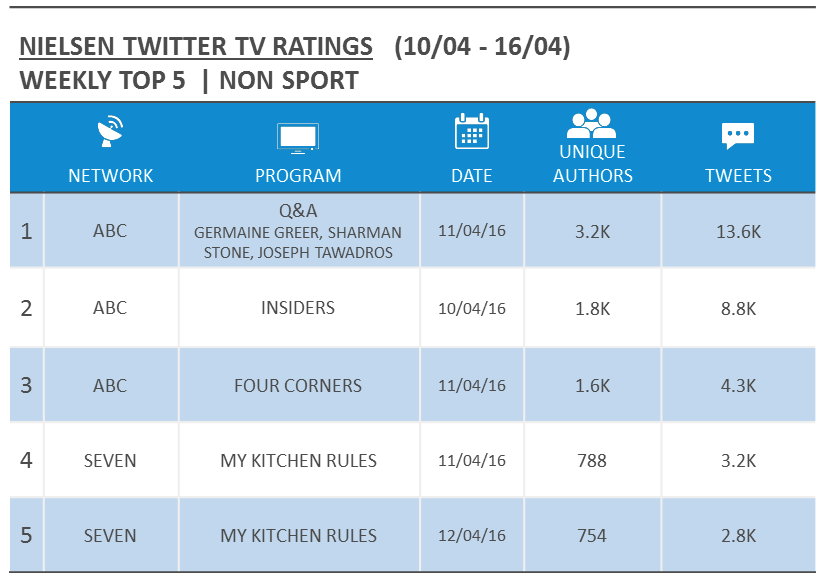 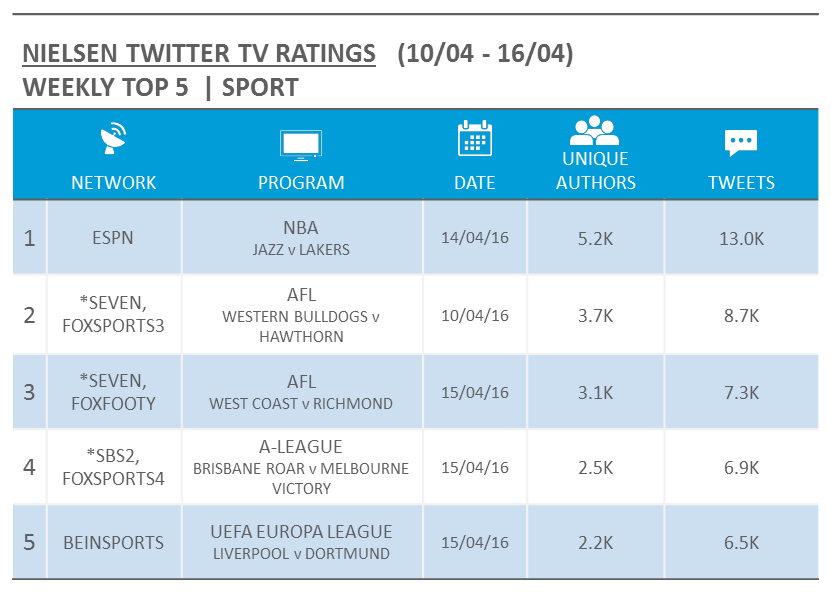